A Coming Recession May Stimulate Global Adoption of Cryptocurrency 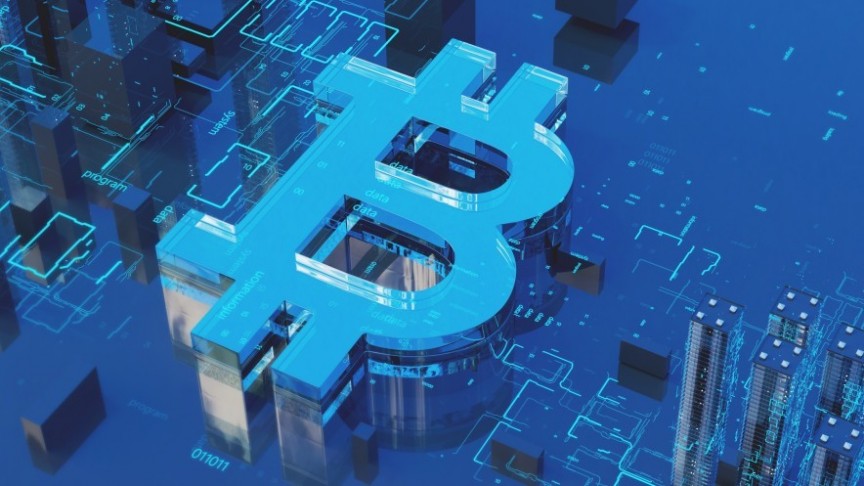 A Coming Recession May Stimulate Global Adoption of Cryptocurrency

With economists anticipating a financial crisis to be coming up soon, cryptocurrency adoption and use could increase manyfold.

An economic downturn may be on the horizon. The yield curve, commonly considered by economists to be a primary predictor of a recession, has been consistently trending toward a dip. Global markets in general have been trending downward since the start of the year, leading many economists to predict a forthcoming economic crisis. As such, the cryptocurrency market is in a precarious, but potentiallly very promising, position. While speculative investments do not tend to perform well during a recession, the potential use of decentralized digital currency as an alternative to fiat--both as a form of payment and as a store of value--may mean that a recession could actually help push crypto into the mainstream.

The Threat of Global Recession

Simply put, a yield curve is a line that plots the difference between interest rates on short-term and long-term government bonds. In the context of bonds issued by the United States, yield curves are generally drawn between either two- and ten-year Treasury notes, five- and thirty-year notes, or seven- and ten-year notes. Yields, or interest rates, are generally expected to be better on longer investments. As long as there is a significant gap between the short- and long-term interest rates, the yield curve appears sloping upwards. An upward curve is considered to be a representation of the economy in normal conditions.

When long-term investment rates do not rise with time, as is the case at present, the yield curve starts flattening out. To further complicate matters, the Federal Reserve has also been hiking short-term yields, compounding the situation. A flat yield curve like the one forming now is generally considered to be a harbinger of impending financial doom. If long-term rates continue to decline as they currently are, they will eventually drop below short-term yields, causing the curve to invert. The last time this happened was in the middle of 2007, just before the Financial Crisis of 2008.

As of the time of writing this article, the gap between two- and ten-year yields had declined below 30 basis points for the first time in a decade. It is currently hovering at around 29.9 basis points. However, Bloomberg quoted French financial company Societé Generale as stating that the spread could decline to a shockingly low 10 basis points by June 2019.

Since the economy of the United States tends to have a major bearing on the global economy, a badly performing yield curve there may hint at an impending global recession. The Federal Reserve Bank of San Francisco published a report in March 2018, confirming that a flattening yield curve has historically always been followed by a period of economic depression. The authors wrote,

Referring to today’s economy and the flattening curve, they continued,

The Current State of the Economy

The first half of 2018 has been rather rough for the cryptocurrency market, to say the least. After reaching an all-time high price of around $20,000 in January, Bitcoin has since declined significantly and is currently trading at around $6600. This is also true for other digital currencies, as most have lost over fifty percent of their value since early this year.

However, the cryptocurrency market is not alone in exhibiting an overall negative trend this year. Traditional finance markets have also been doing extremely poorly, with the first half of the year being recorded as the worst since 2010. Stocks in foreign countries are also doing rather poorly. Chinese share prices, for instance, have fallen by around 20 percent since their January levels, possibly due to the increasing uncertainty over the country’s trade relations with the United States.

The 2008 Recession and Bitcoin

In 2008, a number of US banks went bankrupt after aggressively issuing loans that were not repaid. The government attempted to bail out these financial institutions with taxpayer money. However, by that point, banks had already lost most of their customer deposits and the government could not afford to keep supporting them.

Given that banks have already once been responsible for a financial crisis, it is not outlandish to predict that people will be looking for alternatives to fiat currency in the event of a new recession. If the 2008 recession planted a sense of distrust of the financial sector in the American public, that feeling would likely only be reinforced if it were to happen again.

Bitcoin was released in 2009 by Satoshi Nakamoto as a hedge against future financial crises. The first block mined on the Bitcoin blockchain, termed as the genesis block, included the text, “The Times 03/Jan/2009 Chancellor on brink of second bailout for banks.” This is noteworthy because the first few transactions on the network were carried out before Bitcoin was publicly released. The reference to a bank bailout provides concrete evidence that the cryptocurrency was developed as a solution to the instability of the world’s economy.

Since blockchain technology is decentralized, cryptocurrencies are outside the control of governments and central banks. In the event that recession hits the United States once again, the general public will be able to turn to a blockchain technology-based alternative instead. While the government can always print more money and add to the amount currently in circulation, that is not possible with most cryptocurrencies. Furthermore, crypto prices are solely dependant on the dynamics of supply and demand and are, for the most part, free from government oversight or intervention.

Cryptocurrency in a Future Financial Crisis

While it is impossible to know how exactly a recession would affect global markets, it is reasonable to believe that cryptocurrencies will see more adoption. However, the same possibility does not apply to all 1500 or so cryptocurrencies on the market today. After all, most blockchain startups that issue tokens after an initial coin offering do not have a working product even after several months. With a declining economy, cryptocurrencies are more likely to be used as an alternative to fiat for payments and savings, not so much as a utility token for niche blockchain applications.

Bitcoin will likely be the first cryptocurrency that the world turns to, if only because that’s the only alternative most know about. However, in its current state, the Bitcoin network cannot really handle a large influx of transactions. The last time that happened, in December 2017, transaction fees increased to double digits, making small exchanges impossible. Ethereum, Litecoin, and Bitcoin Cash can all be used for payments and can each support a decent amount of transaction load. This may also be an opportunity for feeless cryptocurrencies to shine. Nano, for instance, does not have any transaction fee and boasts confirmation times of a few seconds.

People from Venezuela and Greece turned to Bitcoin when their respective economies declined beyond control. With Venezuela’s inflation rate exceeding 40,000%, it is no longer viable for citizens to store their savings in the national currency. According to data from P2P Bitcoin trading platform LocalBitcoins, the weekly transaction volume has been steadily rising. If anything, this proves that people will readily turn to cryptocurrency in times of economic turmoil.

One of the most important goals of cryptocurrency has always been to ‘bank the unbanked’. The next recession may very well give the technology a chance at that.