XRP Potential for Solving Global Payment Problems: Why Are Governments Ignoring It? 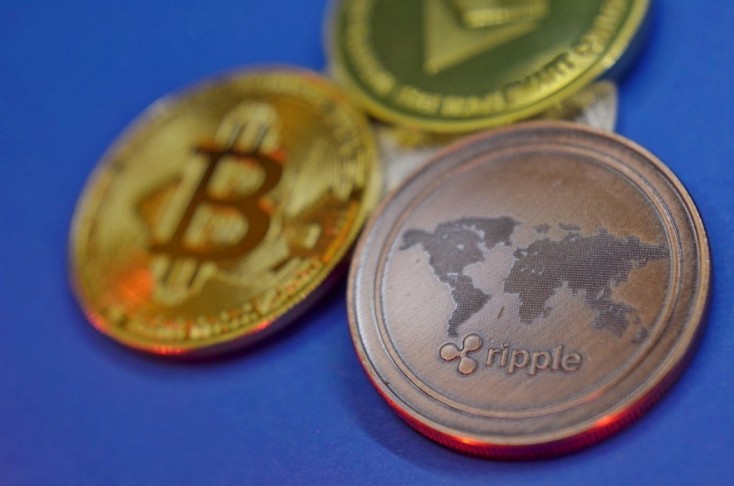 XRP Potential for Solving Global Payment Problems: Why Are Governments Ignoring It?

The majority of migrant workers get very modest salaries at best. And yet, collectively, they lose billions a year due to high remittance costs.

This is such a big problem that the UN has made it a priority to cut down the cost of these money transfers worldwide. XRP is one of the possible solutions for this problem. However, governments are reluctant to accept this cryptocurrency and legitimize it on par with fiat money.

The Problem of Remittances

For millions of people, remittances are the main source of support for their livelihoods. About one in nine people on the planet rely on these funds for support. And recently, the volume of remittances worldwide set a record reaching over $554 billion in 2019.

This money supports not only individuals but entire economies as it’s a major contributor to the GDP. This means that remittances literally have the power to drive many developing economies out of poverty.

And yet, the cost of remittances is so high today that billions of that money are lost in transaction fees and currency exchange rates. The costs vary depending on the countries and currencies involved. Many transactions, like transferring pounds from UK to Australian Dollars, costs people between 3% and 5% of the transfer amount. However, in some remittance corridors, this number in 10%. Transfers to Sub-Saharan Africa are the most expensive in the world, and could cost over 12%.

Taking these things into account shows clearly that expensive remittances are a global problem. They make vulnerable economies even more fragile robbing them of funds that rightfully belong to those countries’ people.

This situation is even more of a problem today because of the coronavirus recession. The World Bank states that global remittances will fall to the lowest point in recent history. Developing economies are suffering greatly because of the increasing USD exchange rates and weakening of their own currencies. On top of this, the production volumes have gone down, which affected global trade.

Simply put, remittances might be the only source of income for developing countries today. But those are dropping by the day. The money lost because of the high transfer fees could make a real difference for millions of people.

The solution to the problem of remittances is to develop a system of cheap and fast money transfers. Therefore, cryptocurrency seems like an ideal way to resolve this situation. XRP in particular, due to its unique protocol and extremely fast transactions, could be the best choice.

Ripple XRP is more than cryptocurrency based on blockchain technology, like bitcoin and the majority of other coins. XRP is a payment technology that’s closer to SWIFT payments than blockchain. Because of this, it’s highly scalable, adaptable, and fast.

As a remittance system, XRP can complete cross-border transactions in seconds at, virtually, no cost. Due to Ripple’s unique network, validations come within moments. But in the meantime, you can be sure in the security of all transactions.

Also, you shouldn’t forget that while it’s different in its technological base, XRP is cryptocurrency. This means that it offers all the benefits of decentralized crypto. Therefore, no government can manipulate its liquidity to affect its value.

In addition, remember that XRP can be used not only for remittances. It can also be a money transfer method for property investors and businesses. The size of the transaction doesn’t matter because all XRP transfers will be equally cheap and fast.

As XRP is getting more popular now, its value is steadily growing despite the crisis. In fact, it’s because of the crisis that more vendors started to recognize the value of Ripple. As it’s popularity increases, XRP should get the chance to become a cryptocurrency that’s equal in status to fiat money.

At least, this is how it should be. But governments aren’t supportive of it at all.

The decentralized nature of crypto is the main problem that governments have with it. If it’s not governed by any authority, no one can control it fully. Therefore, the tools that governments use to manage cash flow within country borders become obsolete.

Admittedly, the demand for control isn’t an unreasonable requirement. Decentralized currency has some major security vulnerabilities. The most obvious issue is that if your money is stolen. It quickly becomes impossible to trace.

Governments, which track all kinds of payments within the country, require a measure of control to let the state function. For example, without it one won’t be able to track taxes effectively.

Also, there is a matter of controlling the amount of cash available in the country. In times of recession, like this one, governments often resort to increasing the cash pool. However, such manipulations of fiat currency liquidity lead to inflation and other issues.

Those might be “necessary evils” for managing a crisis. However, there is no denying that they make lives harder for residents, especially when their domestic currency FX rate crashes.

Such manipulations are impossible with cryptocurrency that runs on blockchain. XRP is a bit more flexible and can be managed more effectively because it runs on open-source solutions. However, even this type of crypto can’t be manipulated the same way as fiat currencies.

All things considered, it’s not surprising that governments don’t support cryptocurrencies. In the majority of countries, they aren’t legal to use at all. Some governments allow purchasing tokens and even using them to pay vendors that accept crypto. But there are many places where using cryptocurrency is illegal altogether. Until this changes, there will be no using the power of cheap and fast money transfers to boost the flow of remittances and support economies.

In Conclusion: The Future of Remittances

There can be no doubt that cryptocurrency can be a great help for developing economies that heavily rely on remittances. XRP, with its unique protocol, could be particularly effective. However, for any significant change to happen, crypto will need to be recognized on the state level. It cannot be used for remittances effectively until it has the same status as fiat currency.

The current crisis, which prompted a rapid growth of interest in digital payment solutions, might be the catalyst necessary to effect this change.