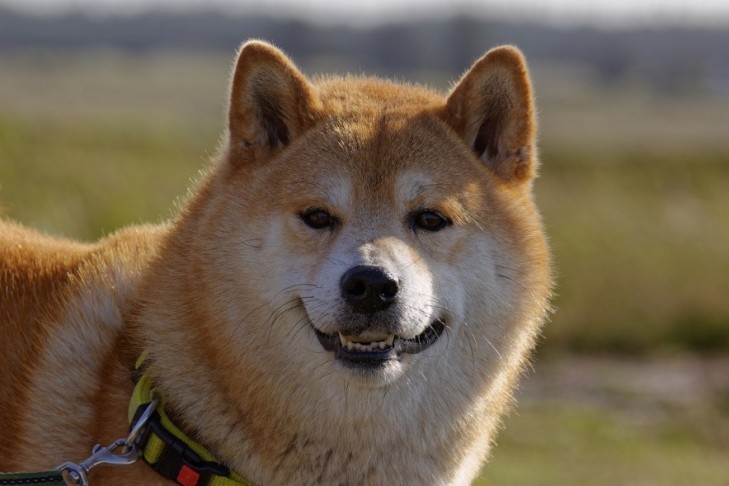 The price of Bitcoin ($BTC) reached new all-time highs this year on multiple occasions. Most notably, the coin’s valuation reached $63,000 in April, $67,000 in October, and $69,000 in November. On a year-to-date basis, the cryptocurrency saw gains of approximately 200% when measured in early December. It remains to be seen if the cryptocurrency’s price growth will be carried over into 2022, but the future looks bright.

2020 saw the rise of “meme stocks” such as AMC ($AMC) and Gamestop ($GME), investments that were boosted by activity on social media.

This trend did not affect crypto investors directly, but one of the largest trading apps, Robinhood, changed its policies to limit trading and was scrutinized by regulators. Limits on trading were briefly extended to crypto traders on the app—especially DOGE investors—and the incident was closely watched by the crypto community.

3. The Rise of Shiba Inu

While a wave of “doge” themed coins attempted to capitalize on the success of Dogecoin ($DOGE) this year, one emerged as the winner. Shiba Inu ($SHIB) climbed into the top 12 ranks this year and reached a valuation of $26 billion, as measured on Dec. 1.

A number of companies have announced support for Shiba Inu, including AMC and Newegg, while exchanges like Binance, FTX, and Coinbase have listed the coin for trading. Though Shiba Inu seems to be a riskier investment than most cryptocurrencies, mainstream adoption is paving the path to legitimacy.

The market for non-fungible tokens, or collectible crypto tokens, grew drastically this year as mainstream companies took part in the trend. TIME, Twitter, and Tiktok minted their own NFTs, while Reddit and Coinbase seem to be developing NFT marketplaces.

Elsewhere, auction houses like Sotheby’s and Christie’s handled the sales of several NFTs, while video-game companies such as Ubisoft and EA expressed interest in the technology. Visa even purchased a CryptoPunk token to commemorate the trend.

Elon Musk, CEO of Tesla, attracted plenty of attention this year as the firm took wildly differing actions on Bitcoin. Tesla purchased $1.5 billion of Bitcoin in February and then began to accept Bitcoin as a form of payment in March.

Tesla then discontinued Bitcoin payments only two months later due to the impact of crypto mining on the environment. Musk also became involved in the development of Dogecoin and polled users on the possibility of accepting the coin, but Tesla has not followed through on introducing support for DOGE yet.

In September, China banned virtually all crypto-related activity including mining, trading, and transactions, causing exchanges and other crypto companies to shut down. China’s new policies will pave the way for a central bank digital currency (CBDC) tied to the Chinese yuan and issued by the People’s Bank of China. The trend will likely push crypto development from the east toward western countries.

While China took heavy measures against crypto, El Salvador welcomed Bitcoin by declaring the cryptocurrency legal tender in September. The country created an official crypto wallet and distributed $30 worth of Bitcoin to individuals in an effort to promote adoption. As of December, El Salvador has purchased 1,981 BTC worth nearly $70 million.

Early 2021 marked the shift from the Trump administration to the Biden administration. During this time SEC leadership was passed from Jay Clayton to Gary Gensler, a change that was received positively by the crypto community due to Gensler's MIT crypto lectures. The shift also saw Bitcoin critic Janet Yellen become secretary of the Treasury, which caused backlash from the crypto community.

Facebook once again failed to meet its deadline and bring its Diem stablecoin to market this year. Facebook did, however, launch its Novi wallet in a limited capacity and re-branded its entire line of financial products under the Novi name this year.

The project remains on uncertain footing: Novi head David Marcus has resigned from Facebook. Although a replacement has been announced to head Novi, the adjacent Diem project will likely continue to see roadblocks.