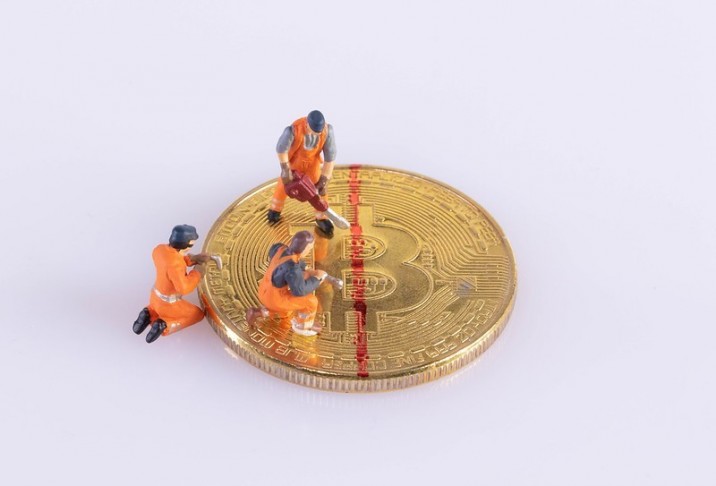 In this guide, we will discuss all there is to know about Bitcoin halvings.

What Are Bitcoin Halvings?

A Bitcoin halving is a predetermined event that takes place every 210,000 blocks, or roughly every four years.

During a Bitcoin halving, the reward for Bitcoin mining — also known as the ‘block reward’ — is reduced by half. This means that miners who previously earned — let's say — 12.5 BTC per block will earn only 6.25 BTC per block after the halving.

What is the Purpose of a Bitcoin Halving?

The purpose of a Bitcoin halving is to control the rate at which new Bitcoins are created and made available in places like bitcoin.com.au, a bitcoin exchange.

By halving the block reward every few years, Bitcoin's total supply is kept in check, and the rate at which new Bitcoins are minted gradually decreases over time.

This slow but steady decrease in block rewards creates a natural scarcity for Bitcoin, which can help protect it from inflation and boost its value over the long term.

Think of it this way: if all 21 million Bitcoins were to be released at once, the market would become saturated, and prices could crash. So, by decreasing the pace at which new Bitcoins are created, halving helps maintain the value of each Bitcoin.

What is the History of Bitcoin Halvings?

The first Bitcoin halving took place in November 2012 after a total of 210,000 blocks had been mined. At the time, miners were rewarded with 50 BTC as a block reward. Following the halving, this reward was reduced to 25 BTC.

The next Bitcoin halving is expected to take place sometime in 2024, at which point the miner's block reward will be cut to 3.125 BTC.

What Are the Implications of a Bitcoin Halving?

The implications of a Bitcoin halving are two-fold.

On one hand, the event can have an impact on Bitcoin's price in both the short term and the long term.

When supply decreases while demand remains the same or increases, prices tend to rise as a result. This has been observed in all three halvings that occurred in 2012, 2016, and 2020, with BTC's value increasing by more than 800% in the year after each halving.

This is because, in the days leading up to a halving, the anticipation of a potential price increase can lead to FOMO (fear of missing out) among investors, causing them to buy more Bitcoin and drive up the price.

It's important to note, however, that this correlation does not necessarily indicate causation, and it’s impossible to predict if or when BTC prices will rise as a result of a halving.

On the other hand, Bitcoin halvings can cause miner retrenchment. As the block reward is halved after each halving, miners earn less Bitcoin for their efforts.

This can cause difficulty for miners who may be unable to make ends meet if the price of Bitcoin does not increase significantly to offset the reduction in rewards. As a result, some miners may choose to abandon the network and switch to other cryptocurrencies or simply leave the industry altogether.

Fewer miners would consequently mean a lower hash rate (computing power) securing the network, making it more prone to security breaches such as 51% attacks. This, in turn, could lower the value of the currency.

What Comes After the Last Halving?

Once all 21 million Bitcoins have been mined — which is expected to happen in 2140 — miners will no longer receive any new Bitcoin in the form of block rewards.

The transaction fees received by miners will fluctuate depending on the number of transactions taking place. Therefore, an increase in the volume of transactions would be required to balance out the decrease in block rewards.

So if there is a slowdown in Bitcoin adoption or usage, it could spell trouble for miners who would be unable to sustain their operations after the last halving. This is why some analysts believe that Bitcoin's long-term sustainability depends heavily on the continued growth and adoption of cryptocurrency.

Bitcoin halvings reduce the supply of new Bitcoins, thus maintaining its value and preventing price crashes. But miners could potentially be retrenched, reducing the network's hash rate and making it more vulnerable to attacks.

Therefore, it is important to keep an eye on upcoming halvings and their potential implications for miners, investors, and users alike.

By understanding both the positive and negative effects of halvings, you can be better prepared for any changes that may come with them — and hopefully enjoy the benefits of these events as Bitcoin continues to grow and evolve.

If we talk about making tremendous amounts of money with cryptocurrency, the first coin to pop up in everybody's mind is Bitcoin.