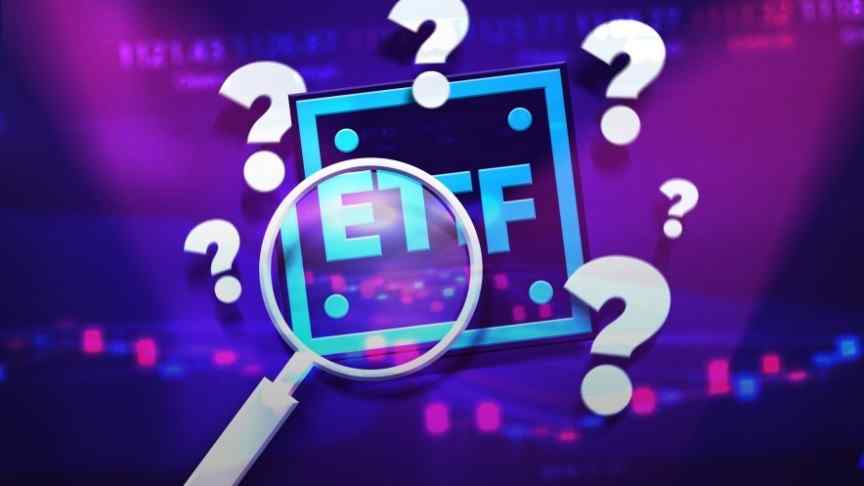 The prospect of a Bitcoin ETF has flooded the news lately, but what are ETFs? And if approved, how would ETFs impact Bitcoin prices?

In this article, the first of a series of three, we will explore what ETFs are; what are the major concerns stopping their approval, and what the possible impacts of a Bitcoin ETF on the underlying asset’s price could be.

In the second article, we look at those who stand behind the most important past and present ETF proposals and explore the reasons why most of them have been denied by the SEC. In the third, we'll look at what the experts think will be the effect of a Bitcoin ETF on the market.

The possible approval of a Bitcoin Exchange-Traded Fund by the United States’ SEC has been one of the most controversial topics in the cryptosphere this year, to the point of heavily impacting cryptocurrency prices on several occasions. Last month, the SEC’s decision to postpone its ruling on VanEck’s third attempt at getting an ETF approved ended in one of the biggest cryptocurrency selloffs of recent times, causing Bitcoin to lose over $9 Billion, and the cryptocurrency market as a whole drop over $40 billion overnight.

What Is an Exchange Traded Fund?

An ETF, short for Exchange-Traded Fund, is a way to invest in an asset without buying the actual asset, so in the case of Bitcoin, that would mean investing in a fund through a broker that is pegged to Bitcoin rather than buying Bitcoin on an exchange. An ETF is a “marketable security” that is pegged to the value of an asset, or a group of assets, and can be traded like your everyday stock on any stock exchange. Although ETF prices may also be subject to volatility, these types of financial instruments tend to offer lower fees, and higher liquidity when compared to mutual funds, which makes them very attractive for low-net worth individual investors.

The firms offering exchange-traded funds usually own their underlying assets and divide ownership rights to these assets into shares. Although holders of ETF shares do not actually have any claim to the underlying assets of the fund, they are entitled to a portion of any dividends paid, or interest earned, and could even be compensated if the fund is liquidated. This “indirect ownership” of assets can be bought, sold, and transferred, like any normal stock available on public stock exchanges.

Ownership of ETFs offers investors the ability to buy on margin, sell short, or purchase shares without minimum deposit requirements, as well as the diversification capabilities of index funds. Furthermore, cash flows generated through ETFs may be favored when taxed, because all capital gains generated from ETF sales do not pass through shareholders, which is often the case with mutual funds.

Exchange-traded funds may also utilize “leveraging”, by using derivatives to create leveraged or “inverse” ETFs. Inverse ETFs track the opposite returns of any underlying asset basket, which means that an inverse Bitcoin ETF could, for example, gain 1% for every 1% drop in the price of Bitcoin. If leveraged, a Bitcoin ETF would seek to gain multiple returns on an underlying asset. A 5x Bitcoin ETF would gain 5% for every 1% upward or downward change in the price of Bitcoin, depending on the ETF type.

Like regular exchange-traded funds, a Bitcoin ETF would keep track of a BTC benchmark index and try to replicate its performance. This would allow any trader with a brokerage account to make regulated and tradable Bitcoin investments without having to deal with the hurdles associated with securing and acquiring Bitcoins.

There are two basic types of Bitcoin exchange-traded funds:

The approval of a Bitcoin ETF would potentially allow mainstream investors to easily add cryptocurrency-based investment instruments to their portfolios, which some hope would boost cryptocurrency adoption and prices. A Bitcoin ETF could directly affect BTC prices by increasing the liquidity and scarcity of Bitcoins, moves which almost always result in asset appreciation.

What Are the Main Concerns Stopping Bitcoin ETFs from Being Approved?

One of the most important concerns associated with Bitcoin ETF proposals is the problem of custody risk. ETFs that physically hold Bitcoins are subject to price volatility, and possible security breaches, and as such are liable to go bankrupt or lose control over the underlying assets and stop supporting the fund. Also, Bitcoins are mostly traded on unregulated online exchanges that can also be targeted by hackers or go out of business.

On the other hand, ETFs dealing with Bitcoin derivatives are liable to introduce risks associated with asset value tracking errors, which are possible since cryptocurrency markets tend to be less transparent than regulated ones. Since leveraged funds would become a possibility, the typical volatility of crypto assets is another important source of concern, since normal crypto behavior could cause huge changes in the value of the ETF. Any investors of a leveraged crypto ETF would then be completely dependent on the ability of the fund manager to correctly track the underlying asset’s performance. Also, since Bitcoin transactions are irreversible, ETF investors could be affected by any incorrectly-executed transactions.

A more thorough, case for case analysis of the SEC's concerns will be available in the second article of this series.

How Could a Bitcoin ETF Affect Bitcoin Prices?

The optimist's outlook: Bitcoin could follow the example of gold if an ETF is approved

Gold represents an example of the positive impact of exchange-traded funds on the prices of the underlying asset, upon which estimates can be extrapolated for Bitcoin. The gold market is divided into five major sectors: The Official Sector (holdings by states, central banks, etc.), Jewelry, Unaccounted and Other Fabrications, and two strictly speculative branches, Bars and Coins (B&C), and ETFs and Similar. All sectors amount to a total approximate market size of 188,268 tonnes.

It can be argued that since the gold ETF market size (approximately $75 billion at current gold prices, or 2,158 tonnes) represents 5.6% of the B&C market share (38,444 tonnes), a Bitcoin ETF could theoretically attract up to $6.7 Billion into the market, which represents under 6% of the total current Bitcoin market cap.

According to Cheesman and Burniske’s, “Cryptoassets: Flow & Reflexivity”, this influx would not impact Bitcoin prices in a 1 to 1 fashion, but instead would do it following a relationship termed the “Fiat Multiplier”, which uses estimated multipliers in the 2x-25x range. In other words, such an influx of funds would largely impact Bitcoin prices because of associated price momentum, and “investor’s feedback loops”,

Reflexivity is most commonly thought of as an internal feedback loop, where investor perception becomes a self-reinforcing reality. As a result, asset prices can be fed solely by the signals of other investors, or variables endogenous to the process of investing, as opposed to exogenous variables that are more representative of an asset’s fundamentals.

According to this argument, if the median multiplier of 13.5x is applied, a 5.6% influx of fiat would cause a 76% increase in Bitcoin prices. On the other hand, the What’s On Crypto team estimates a new all-time high of over $62,000 in the short term if the ETF ends up being approved.

Another interesting example is how gold prices changed after the first gold-backed ETF was approved in the United States in November 2004. After its implementation, gold prices gained up to 318% over the next seven years. It is worth noting that this price increase was accompanied by strong and stimulating changes to monetary regulations, that widely contributed to the observed price increase.

The Pessimist's outlook: Bitcoin may not mimic gold prices over the long-term

Wall Street Analyst Jon Horvath considers that it is unlikely Bitcoin prices will mimic gold’s price behavior since the gold ETF data being used to estimate the behavior of a hypothetic Bitcoin ETF are misleading,

The gold FOMO price chart being passed around highlighting the first gold ETF introduction is a yet another misrepresentation to lure investors into buying $BTC before it has bottomed. The gold ETF charts we have seen either hint or state explicitly that the 2003 gold ETF introduction drove a 10 year 400% plus bull market in gold. We think this is misleading as the early 2000s marked the start of a 10-year commodity bull market where most metals and some other commodities went parabolic.

In the second article of this three-part series, we will see who is behind the most important past and present ETF proposals and we will explore the reasons why most of them have been denied by the SEC.