Bitcoin ETFs Part 3 of 3: Expert Opinions and the Cases for and Against 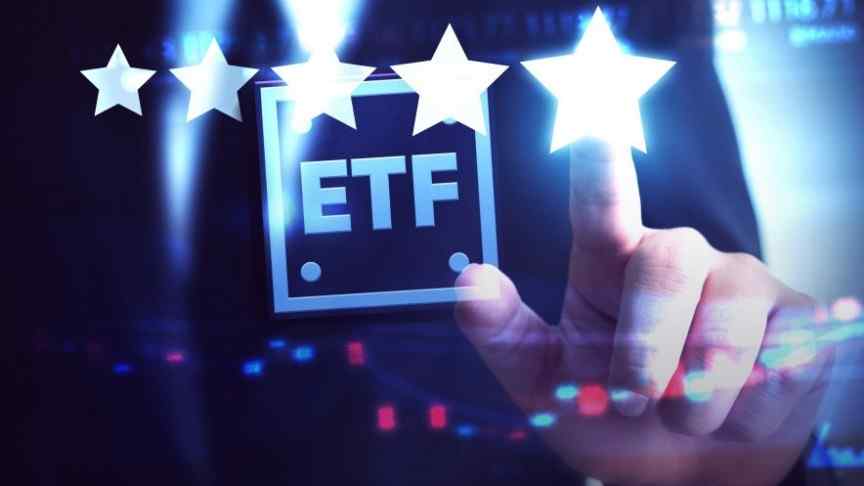 Bitcoin ETFs Part 3 of 3: Expert Opinions and the Cases for and Against

The prospect of a Bitcoin ETF is one of the most controversial subjects this year. What do the experts have to say about a possible Bitcoin ETF?

The possible approval of a Bitcoin exchange-traded fund by the United States’ SEC has been one of the most controversial topics of the cryptosphere this year, to the point of heavily impacting cryptocurrency prices. Last month, the SEC’s decision to postpone its ruling on VanEck’s third attempt at getting an ETF approved ended in one of the biggest cryptocurrency selloffs of recent times, causing Bitcoin to lose over $9 Billion, and the cryptocurrency market as a whole drop over $40 billion overnight.

In this article, the final of a series of three, we will see what several public and private experts think of the Bitcoin ETF issue, and explore the cases for and against the approval of a Bitcoin-backed ETF.

The Experts’ Case for a Bitcoin ETF

Exchange-traded funds have been one of the most successful passive investment instruments available to investors since the mid-90s because of their lower fees and higher intraday liquidity. By late 2016, total ETF market share reached over 10% of the total market capitalization and represented over 30% of the total volume traded on US-based exchanges.

Several specialists have expressed hopes that the upsides to ETFs would positively impact Bitcoin prices, lending further legitimacy to Bitcoin, and opening the market to traditional institutional asset managers. Positive remarks about the ETF idea have popped up everywhere from the private to the public sector.

Although the SEC has steadily declined all ETF proposals so far, hopes of an ETF approval have been renewed after the recent hiring of Elad Roisman, who has made strong remarks to the commission in support of cryptocurrencies. In a Banking Committee Hearing at the Senate earlier this year, Roisman challenged fellow regulators to behave in a “fair and transparent manner”, adding,

The SEC must examine and re-examine its rules, regulations, and guidelines to ensure that they are still working as intended to accomplish the SEC’s mission. This is most recently manifested in areas such as data protection and cybersecurity as well as the emergence of new investments and technologies such as initial coin offerings and blockchain.

With Roisman’s appointment, the SEC will now have two crypto-friendly Commissioners, the other being Commissioner Hester Pierce, who recently expressed her dissent about the SEC's rejection of the CBOE’s/VanEck/SolidX Bitcoin Trust proposal in a now-famous letter,

...the Commission’s interpretation and application of the statutory standard sends a strong signal that innovation is unwelcome in our markets, a signal that may have effects far beyond the fate of bitcoin ETPs.

The Shares would therefore represent a significant innovation in the bitcoin market by providing an inexpensive and simple vehicle for investors to gain exposure to bitcoin in a secure and easily accessible product that is familiar and transparent to investors. Such an innovation would help to perfect the mechanism of a free and open market and, in general, to protect investors and the public interest by improving investor access to bitcoin exposure through efficient and transparent exchange-traded derivative products.

Representatives from the private sector have also made the case for a Bitcoin ETF. During a series of interviews with CNBC Africa’s Ran Neu-Ner on his Crypto Trader show, several crypto specialists weighed in on the impact of a possible Bitcoin-backed ETF.

Arthur Hayes, the CEO of Bitmex said there will “definitely be a Bitcoin ETF by the end of 2018”, adding he considers Bitcoin is “one ETF away” from reaching the $50,000 level.

Mr. Hayes elaborated on the importance of a Bitcoin ETF,

It’s very important to get more retail money into the system because at the end of the day retail traders don’t want to have to worry about securing a Bitcoin wallet, where do they buy it from, using the different exchanges […] so if all they have to do is click on an e-trade […] they could buy an ETF which gives an exposure to Bitcoin but not allow them to actually experiences the risks of holding it that’s a very powerful way for them to get involved.

Mati Greenspan, Senior Analyst for eToro said to Mr. Neu-Ner he considers an ETF approval “a possibility for the first quarter of 2019” after the cryptocurrency markets have matured. Greenspan voiced his opinion that a Bitcoin-backed ETF is important, but not that relevant at all,

So yes it could be a good thing in that it’ll bring fresh money into the market new liquidity into the market is a very good thing and very healthy for the ecosystem […] I don’t think that it’s the most important thing in the world, but if the ETF is approved what happens to the Bitcoin price most likely it’ll go up.

Anthony Pompliano, founder and partner at Morgan Creek Digital Assets, thinks that the repeated denials by the SEC have “been fair”, adding he believes that we will not see a Bitcoin ETF until 2019,

The crypto industry will eventually get retail products approved by the SEC. The proper infrastructure and controls need to be in place first. This work will include implementing qualified custodianship, while preventing market manipulation. It is unlikely that regulators will be satisfied with any anti-market manipulation measures created during the remainder of this year. This would push the first ETF approval until 2019.

The public has also gotten involved in the discussion about the Bitcoin ETF. The website of the Securities and Exchange Commission opened a request for comments since June 26, that attracted over 150 comments about the upcoming CBOE ETF decision, almost all in support of the proposition. The high volume of comments caused the SEC to postpone a ruling on another Bitcoin-related filing until late September.

The Experts’ Case Against a Bitcoin ETF

Many others in the cryptosphere and financial industry have voiced strong concerns regarding the possibility of a Bitcoin ETF, some of which mirror the ones previously voiced by the Securities and Exchange Commission.

Mr. John C. Bogle, the founder of the Vanguard Group, argues that ETFs represent vehicles for short-term speculation, that decrease returns to investors because of trading expenses and that most ETFs lack diversification. Although he concedes that a properly diversified ETF can be a good investment if held for enough time.

Also, the success of exchange-traded funds can be highly impacted by the way they track the value of their assets, which commonly involve unknown, untested indices. A 2009 study conducted by Morgan Stanley showed that ETFs missed their targets by an average of 1.25 points, which is more than double the 2008 results for the investment class. It is possible that the same could happen with cryptocurrency ETFs since part of this “tracking error” was attributed to the fact that ETFs tend to target exotic, less frequently traded underlying assets like stocks in emerging markets or futures based on commodity indexes.

Furthermore, several critics like theStreet.com’s Jim Cramer argue that ETFs can and have been used to manipulate market prices, including short selling practices. Many assert that malicious ETFs contributed to the stock market collapse of 2008.

Antonopoulos Says ETFs Will Be Bad for Crypto

Andreas Antonopoulos, a respected crypto entrepreneur and author of several books about Bitcoin, recently declared he thinks a Bitcoin ETF would be “damaging to the ecosystem”, and elaborated on why he opposes the idea during his popular “Bitcoin Q&A” video series,

The idea here is to take a reserve of bitcoins and then make them tradeable instruments that can be traded on traditional markets like stocks. This is a custodial reserve system, where the custodian holds the actual bitcoin and what you’re getting is a share in their fund — not bitcoin. It allows traditional and institutional investors to dabble in the Bitcoin price, speculate on Bitcoin, without actually holding Bitcoin or having to open an exchange account and deal with complex things like keys, addresses, hardware tokens, and all of those things.

Although Mr. Antonopoulos concedes that an ETF will likely get approved sooner or later, he also is of the opinion that a Bitcoin ETF will open the door for large-scale price manipulation at the hands of major institutional investors, and would grant excessive voting influence to the custodian of the funds in all upcoming blockchain decisions,

So, Will We Ever See a Bitcoin ETF?

It would seem that conservatism and caution, and not a lack of ETFs, are the main obstacles in the way of institutional adoption of crypto assets since there are already many companies that have figured out how to invest in Bitcoin while addressing their own custody and mandate issues themselves.

It is likely that traditional institutional investors such as hedge funds, and pension and fund managers, will wait longer until cryptocurrency markets mature before they offer these types of assets to their clients, which could affect the speed at which other sectors of the economy embrace cryptocurrencies as stores of value.

Although the timeframe is uncertain, and the SEC’s main concerns still remain, it seems that a Bitcoin ETF approval by the SEC is imminent. Despite the SEC's current hostile stance, possibilities of approval are on the rise, since more and more ETF proposals are being filed, and more serious players, such as Coinbase, are showing interest in getting licensed to operate ETFs. Truth is that, ETF or not, Bitcoin needs to find a use case that goes beyond speculation, and further mature as a market and platform if it truly aims to achieve public and institutional adoption.

Click here to view part one in the series.

Click here to view part two in the series.