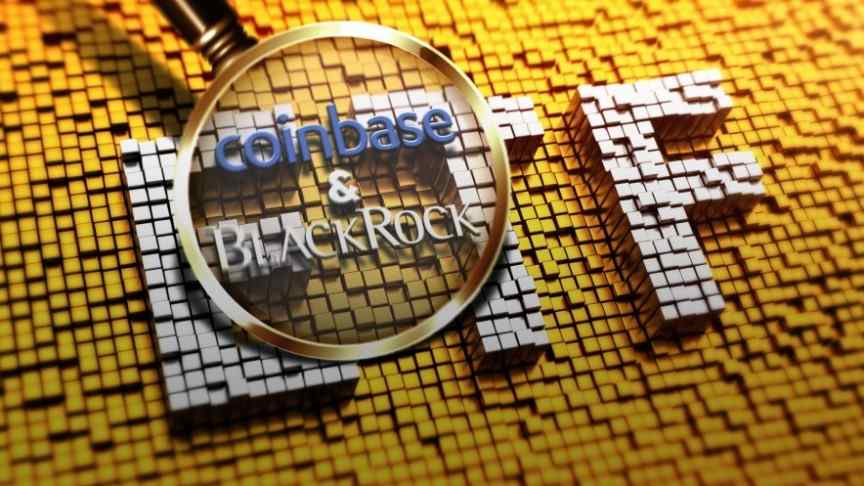 Coinbase has reportedly talked about a Bitcoin exchange-traded fund, with the blockchain team from Wall Street´s BlackRock, Inc.

Coinbase is reportedly in the works of setting up a Bitcoin exchange-traded fund, with the help of the blockchain team from BlackRock, Inc., the largest asset manager in the world with over $6 trillion in assets under management.

According to Business Insider´s Frank Chaparro, Coinbase has contacted BlackRock representatives regarding this matter over the past few weeks, with the intention of leveraging BlackRock´s ample experience in the ETF market. The original report does not make clear for how long these talks have been going on, or whether they are still ongoing, and mentions that BlackRock´s representatives have not presented any recommendations to Coinbase so far.

This news comes months after the company announced it would launch a cryptocurrency index fund for accredited investors with a net worth of “at least $1 Million”. At the moment of the announcement last March, the Coinbase Index Fund´s product lead, Reuben Bramanathan, mentioned Coinbase wanted to cater to “all retail investors”, which sparked rumors of a Coinbase-backed Bitcoin ETF,

We are working towards funds that will be available to all retail investors, [this is our] first priority […] That includes fulfilling all regulatory requirements […] We’re expecting huge demand from retail when that’s available, and we want to be in a position to accept that demand.

If the rumors are true, Coinbase would have to present a proposal to the U.S. SEC, which has already rejected a total of nine ETF proposals by several asset managers.

Things are looking promising, as Wall Street´s interest in the cryptocurrency and blockchain space seems to be at an all-time high. Some of the biggest names in the industry are claiming their share, such as Goldman Sachs which has announced plans to launch its own Bitcoin trading operation at a Wall Street bank, and Intercontinental Exchange, the parent company of the New York Stock Exchange, which launched a new startup called Bakkt that will serve as a federally-regulated market for Bitcoin.