An Interview with Bharath Rao, Founder/CEO of Leverj 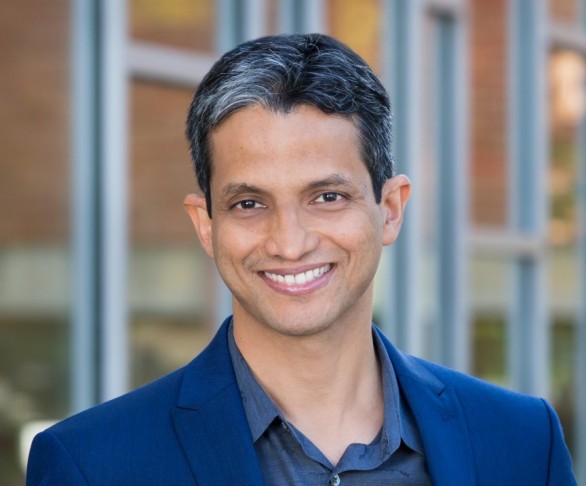 An Interview with Bharath Rao, Founder/CEO of Leverj

The Founder and CEO of Leverj discusses his background in fintech, distributed financial systems, stablecoins, predictions markets, and more.

Bharath Rao is the founder and CEO of the recently launched non-custodial sidechain DEX, Leverj (based on the Plasma Gluon design for an accounts-based Plasma implementation, which we've previously covered). Bharath has over a decade of experience on Wall Street and an extensive background in fintech and financial systems.

Tell us a bit about your background, what got you into the industry and how you came to build Leverj as possibly the first efficient trader-oriented sidechain DEX.

I’ve worked on Wall Street for about a decade and have extensive background in financial systems, technology, cryptography. I have always had an interest in law and economics and crypto seems to be the perfect mix of all these fields. I was working for Goldman Sachs during the 2008 crisis which made me realize that the regulatory apparatus is designed to address crisis post facto and cannot prevent them. I discovered Bitcoin a few years later and realized that this is the seed of a new financial system, one that can address the deficiencies of the current system. So I dived right in trying to create a non-custodial exchange. The journey ultimately led to the creation of Leverj, the first high-speed, non-custodial crypto exchange.

Overall, how do you envision financial engineering and economic signaling within the framework of distributed crypto-economies and the institutional function/role of distributed systems design and their underlying shared data structures? What do you see as being the crucial/most important influence and societal impact of the technology?

It's the nature of custodial intermediaries to obfuscate economic signaling. Eventually, the harmful effects are so large that the system can no longer hide or contain it resulting in economic implosion. From governments debasing their currency to financial institutions going reckless, the key issue has always been custody. Once non-custodial financial systems are the norm, financial crises should be fewer and their impacts should be milder. The biggest impact that we already see today, is that people’s attitude has shifted from depending on a benevolent government to save them to taking personal responsibility for their own assets.

Waves has been doing something similar but running on its own custom blockchain. Sasha Ivanov had previously been involved with NXT and came to build Waves using Scorex - a Scala-based blockchain framework. Have you looked much into it and if so, how would you say Leverj compares?

Custom blockchains have some limitations that result in marginal traction. For one, it would need to trade proxy or tethered assets. Aside from the friction of conversion, there is also the question of how the tethered assets are held. If they are held custodially, then a custom blockchain combines the worst of both worlds: slow speed and custody. Leverj understands that traders prefer to trade self-custodied real assets at high speed and therefore prefer the sidechain solution.

Do you think it would be possible to engineer reliable economic signals and their correspondingly efficient markets (in the Hayekian sense of what market price mechanisms as such measure) on the basis of distributed ledger technologies, while there’s this gap between traditional finance/financial markets and the cryptosphere?

Traditional finance actually dampens the price signal due to the pressure and inefficiencies of regulations. Crypto is relatively less regulated and its signals in terms of price are unmodulated. In other words, regulated markets seem stable for a long time and suddenly collapse into a crisis due to inaccurate price signaling while crypto markets have mini collapses on a regular basis. As the market matures and uncertainty decreases, we have actually seen a decrease in volatility in the large-cap cryptos.

Do you think it’s fairly accurate to say that as an open financial system Ethereum forms an experimental playground for financial engineering and building of new reliable and more robust financial instruments? What is your view/opinion of other efforts and undertakings in the cryptosphere such as, for example, IOTA or Holochain? The tangle’s data structure (a DAG-valued stochastic process) allows for the application of a wide range of out-of-the-box algorithms (among which Bayesian and Monte Carlo methods), in addition to it being design to deal with probabilities - don’t these properties seem ideal from finance perspective? And Holochain’s approach to currency design, employing DHTs (Distributed Hash Tables) in place of a monolithic blockchain.

Ethereum enables high-speed evolution of financial systems and while many fail, we have an occasional winner that greatly improves our possibilities. Dai and Plasma are examples of success that should lead to further systems built on top. IOTA could be interesting once the centralized bits are eliminated. Holochain seems promising but it's too early to make a fair assessment. Consistency is a critical property in systems that cannot tolerate information loss (for financial applications, even small errors have a cascading effect impacting auditing, reporting and compliance and therefore speed should not be accomplished sacrificing accuracy).

As somebody with your background (financial engineering, etc.), what is your view on the stablecoin assets space and the different mechanisms to introduce volatility insurance in the cryptosphere? The MakerDAO managed Dai seems to be picking up momentum, with zkDai (zero-knowledge Dai transactions) and XDAI (Dai-pegged sidechain), as well as Dai-pegged short and long positions via the dX/dX protocol to mention just a few Ethereum-based compositions taking advantage of it... do you plan on introducing some such similar mechanisms in Leverj?

Dai has been a decent success so far, possibly because it's super-collateralized. Undercollateralized stablecoins may not fare that well. I think sidechains are great, they show the best promise of scalability at low cost. We are considering stablecoin based futures products that enable users to hedge cryptos against fiat.

Personally, one of the things I find myself most interested and excited about as far as Ethereum goes is prediction markets, which I notice are also something you yourself are actively interested in. There is no one "right" way to design a prediction market and it is still somewhat controversial across different jurisdictions, but it seems to essentially generalize derivatives as such and bring on the table a very flexible tool for constructing crypto-derivatives and other such financial instruments and products. How do you see this developing in the future ahead?

Prediction markets may be regulated as binary options, requiring regulatory approval in many markets. In many situations, prediction markets enabling hedging against very serious situations that have no alternatives in established markets. For example, average annual temperature (affecting crops), election outcomes (affecting business plans), etc. Leverj does have plans to support prediction markets and we hope to enable hedging of all manner of risks on our platform.

How would you explain/formulate the fundamental difference between Leverj and other Ethereum-based decentralized exchange applications like 0x? What would you say are the limitations of Plasma sidechain design?

Many have asked the question why we did not build on 0x or other protocol and opted for a sidechain solution. In general, protocols that require all matches to be synced to the chain cannot scale beyond the volume of Coinbase. Since they do not support fast cancels, they will fail to attract market makers and in general fail to gain more than marginal traction. In general, the critical create order/match/cancel critical path should not have a consensus step if you want low latency and every match should not be synced to the chain for even moderate scalability. Most protocols seem to ignore the lessons since 2014 and introduce the following failed ideas: a) proxy assets or custodial tethers b) orderbook and/or matches on chain c) consensus step in the critical path. Sidechains allow us to cleanly have only deposits and withdrawals on chain and leave everything off-chain enabling a non-custodial product that scales like centralized exchanges.