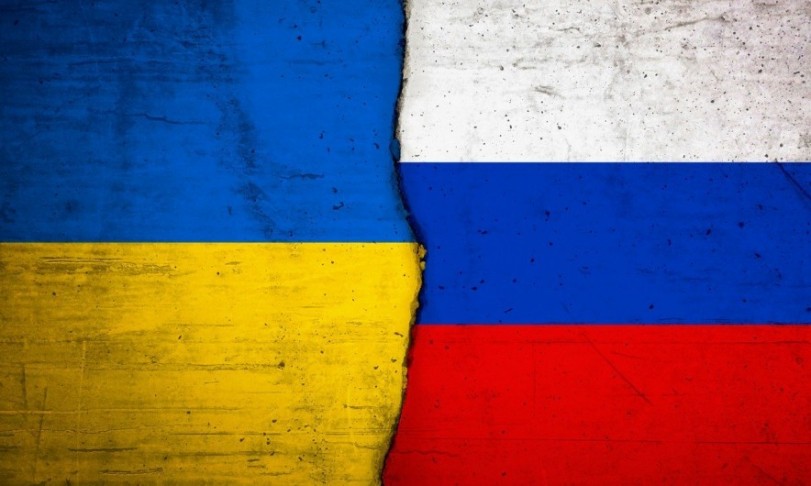 BTC loses 10% as Ukraine crisis fails to spark any life in cryptocurrencies. ETH moves closer to its PoS upgrade with shadow fork.

The Bitcoin price fell below $42,000 on Monday, hitting the lowest level since March 22 and extending the decline from the March high of $48,240. The continued slide came despite LFG adding $173 million in bitcoin to its wallet over the weekend, boosting its total holdings to almost 40,000 BTC.

The weakness in BTC may be related to a lack of appetite from investors who are refusing to follow LFG's lead, considering the macroeconomic and political uncertainties stalking the risk assets, according to Noelle Acheson, head of market insights at Genesis Global Trading.

"The DXY strength is part of it, but overall it's more market uncertainty, macro concern and a focus on what rates will do," Acheson said.

The dollar index, which tracks the greenback's value against a basket of major currencies, tapped two-year highs above 100 early today, taking the year-to-date gain to 4.3%. The US dollar is proving itself as a safe haven asset in times of turmoil and Bitcoin has lost some of its lustre in that department.

According to Kevin Kelly at Delphi Digital, the greenback and bitcoin have a pretty inverse correlation. "2017 was one of the worst years for the dollar, and that coincided with a huge run in bitcoin," Kelly said. "We saw bitcoin run up in early 2021. That was on the back of the dollar weakness."

Griffin Ardern at Blofin said, "when the DXY has reached highs and climbed further, it usually indicates further declines in other assets, whether it is the stock market, cryptocurrencies or FX."

According to a Reuters poll, the Fed eral Reserve is set to raise rates by 50 basis points during the May and June meetings, having raised borrowing costs by 25 basis points last month. The U.S. 10-year Treasury yield has now risen to a two-year high of 2.7% and that hurts risk assets after a long period of low borrowing costs.

Bitcoin's correlation to equity markets is also a cause for concern with big tech suffering as the liquidity available to allocate to high-growth sectors is dwindling. "We also have increasingly frequent reports of tech company shutdowns, layoffs and/or dwindling term sheets," Acheson noted.

Therefore, tech stocks may be in for a significant correction, as predicted by Arthur Hayes, co-founder and former CEO of BitMEX.

Inflation is also getting entrenched worldwide with the ongoing Russia-Ukraine war, leaving a virtually zero probability of central banks resorting to liquidity-pumping policies anytime soon. The European Central Bank meets this week and in last week's policy minutes, they had resigned themselves to ending their bond buying efforts in Q3.

Adding to the uncertainty is the French election with European Union-skeptic Marine Le Pen providing stiff opposition for Macron.

Bitcoin started the week trying to hold the $40,000 level and that will be key this week.

The shadow fork is a way to "stress test our assumptions around syncing and state growth," tweeted Parithosh Jayanthi, an Ethereum developer. He added that it will also provide "a way to check if our assumptions work on existing testnets and/or mainnet."

Ethereum has been working on a shift to a PoS consensus algorithm that will replace the current proof-of-work (PoW) mechanism. In the PoS model, transactions will be validated by nodes run by “stakers” instead of “miners.” The switch is expected to significantly reduce the energy required for the network to run, a key point of contention for Bitcoin, which runs on PoW.

The shadow fork will share some of the data with the main Ethereum network, so some transactions could appear on both chains, Jayanthi said. The shadow fork has already processed over 1 million transactions with an average block time of 14.8 seconds, according to a block explorer page shared by Marius Van Der Wijden.

The outcome of the shadow fork is key to determining the timing of the final merge, said Ethereum developer Tim Beiko. Earlier on Monday, Van Der Wijden who came up with the shadow fork, according to Jayanthi, tweeted that the shadow fork is a "historical event." The foundation has previously tried shadow forks of the Görli testnet, a proof-of-authority blockchain used for testing decentralized applications.

In mid-March, another milestone was reached with Kiln testnet merge, when a PoW execution layer merged with a PoS Beacon Chain. According to Jayanthi, the Kiln merge testnet was designed "to allow the community to practice running their nodes, deploying contracts, testing infrastructure, etc." The shadow fork goes a step further to stress test the network, he said.

The price of ETH was trading around the $3,000 level on Monday and that will have to hold or the coin risks another slump.

The crisis in Europe provoked by the Russian invasion of Ukraine created a massive tide of emigration from both countries. For many migrants and refugees, crypto has been the only tangible way to take their savings with them, however, that hasn't brought any large boost to the crypto market.

Blockchain Analytics firm Crystal Blockchain monitored hot wallets of the major cryptocurrency exchanges working with the Russian ruble and Ukrainian currency and found no significant fluctuations related to the war and migration.

Many global exchanges also introduced their own sanctions against Russian users soon after the war started. For example, Binance stopped accepting payments via Russian bank cards, CEX.io suspended deposits and withdrawals for users from Russia and Belarus, while CoinZoom paused registration of new accounts from Russia.

In early March, Alameda Research noted that "Russian and Ukrainian trade volumes were soaring." Crystal notes, however, that there hasn't been a further spike of on-chain activity, and over the past six months there has been a steady decline in transaction activity across a range of cryptocurrency exchanges.

Chainalysis also noticed earlier that daily ruble trade volume soared immediately after the Russian invasion in Ukraine, "growing over 900% to over $70 million between February 19 and 24, the highest it’s been since May 2021," but since then the activity has declined.

Chainlaysis also registered a notable activity spike for "Russian whales," or crypto wallets with large balances that the firm attributed to Russian users. Those wallets sent over $62 million worth of cryptocurrency to other addresses during March, mostly associated with over-the-counter (OTC) desks and exchanges, Chainalysis wrote.

According to some estimates, as many as 200,000 Russians could have left their homes over the past month. Many of them ended up in Georgia, Armenia, Turkey and other countries that do not require visas. But once they arrived, they were hit by sanctions as Visa and Mastercard suspended their operations in Russia, rendering debit cards of Russian banks useless abroad; payment companies like Western Union and MoneyGram also followed suit.

At the same time, Russia banned its citizens from taking more than $10,000 worth of foreign currency in cash with them as they cross the border. These actions have put pressure on citizens' ability to make use of decentralized currencies.

The crypto market is volatile due to the downward price trends caused by the bear market, which severely affects the price of crypto tokens.

The Pros and Cons of Cryptocurrency Gambling Online

Nasdaq May Offer a Cryptocurrency Exchange, But Is Cautious of ICOs