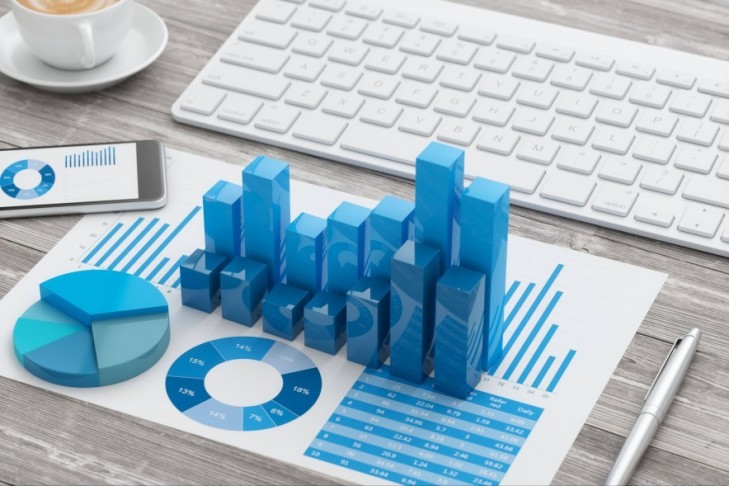 Bitcoin continued higher as the market buzzes over the recent PayPal announcement with the coin hitting the key $14k resistance over the weekend. The same resistance level blocked Bitcoin’s advance in the cryptocurrency rally of 2019, which peaked in June of that year. This level is now the only resistance that is stopping the world’s largest cryptocurrency from testing the all-time highs around $20,000.

The Bitcoin White Paper was published on October 31st 2008, just six weeks after the collapse of Lehman Brothers investment bank on September 15th. The paper outlined a new decentralized currency backed by blockchain technology and an entire financial universe has emerged since then.

BTC has pulled back from the $14,000 price level and trades around the $13,500 level on Monday, but this could just be a pause before another push to the resistance.  The total market cap of the cryptocurrency projects is now close to $400 billion, after trading above that level with the coin’s recent highs. BTC has $250 billion of that valuation and the coin’s dominance is 63% of the market.

Crypto enthusiast co-founder of Morgan Creek Digital, Anthony Pompliano, noted that BTC had broken away from its correlation to stocks and risk assets in recent weeks and the coin’s status is growing as a safe haven. Billionaire investor Mike Novogratz agreed and saw BTC as a form of digital gold and value store, but didn’t see the coin as traditional currency in the next five years. This is something I have remarked on in the past by saying that historically, the world has seen two-tiered systems. Gold and fiat is an example of a two-tiered system and it’s possible that BTC will remain as a safe haven, while something like Bitcoin Cash could become the transactional element. The recent desire by central banks to create their own coins is a threat to any upcoming transactional currency in the digital space.

NEXO was one of the top-performing coins on the week with a gain of around 25%. The world’s largest crypto lender is operating in the centralized finance scene (CeFi), which is a separate sphere to DeFi, due to the bridge between the worlds of traditional lending and blockchain.

Nexo announced in July that it was looking to join the likes of Coinbase and Genesis by entering the Prime Brokerage space. Prime brokers in the traditional finance industry are dominated by the largest investment banks and the term relates to the services they provide to hedge funds and other investment funds, or High Net Worth clients. A move into that space could see a big increase in assets and the valuation of Nexo.

The Swiss-based project currently has 800k users and offers access to crypto via over 40 fiat currencies, with the company processing over $3bn in crypto-based loans in the last two years. Interest rates on dollar stablecoins are around 10-12%, while the company offers 5% on BTC and a host of other coins. The company also backed its first mortgage recently with a $1.2 million loan for a home in the U.S.

The recent PayPal news is a boost to companies such as Nexo with an expected increase in cryptocurrency adoption. With low rates across the global economy, more investors may look to take the plunge into cryptocurrency lending.

“But for people in Third World countries or even emerging markets, such as Asia, we get as low as 5.99% APY. So this is still very, very low, no matter how you compare it with the traditional financial sector. And the reason why it is like that is that it again has to do with the risk of the underlying assets and the collateral and the fact that we do not do credit checks.”

Trenchev also suggested that DeFi is not competitive right now due to the risk of running everything on the blockchain and being a fully licensed institution, Nexo may be the bridge that is required for some investors to start off.

NEXO currently has a market cap of $100 million and trades at number 87 in the list of coins by market cap. The coin currently trades at $0.1780 and is moving ahead of resistance. A move above there could see the price moving to test the highs near $0.2600.

Celsius Network is another project operating in the same CeFi lending space as Nexo. The project recently announced that it is partnering with the crypto project Horizen (ZEN) in an attempt to run experiments on decentralizing some of its operations. The partnership would see Celsius utilizing Horizen’s technology for a proof of reserves system. This would look to allay market fears over centralization and seek to prove that the company has the deposits that it claims in an effort to boost transparency. If the tests were to be successful it would probably push other CeFi projects to do the same and could see increased flows into Celsius.

Celisus currently offers larger interest rates with a 13.86% APY on USD Coin, with 7.2% on Ethereum and 6.2% on Bitcoin. The project also offers loans in US Dollars or stablecoins at only 1% and so far they have processed $8.2bn in loans with 208k active wallets.

Users staking coins with Celsius benefit from weekly rewards as the company shares 80% of its earnings with the users on the platform. These projects are obviously a threat to the traditional system of banking, where interest rates and benefits have declined over the years.

CEL currently trades at $1.3700 after a move above the $1.4000 level and the project has a market cap of $330 million with a ranking of 42. The coin continues to make new highs and the price should see further gains from here.