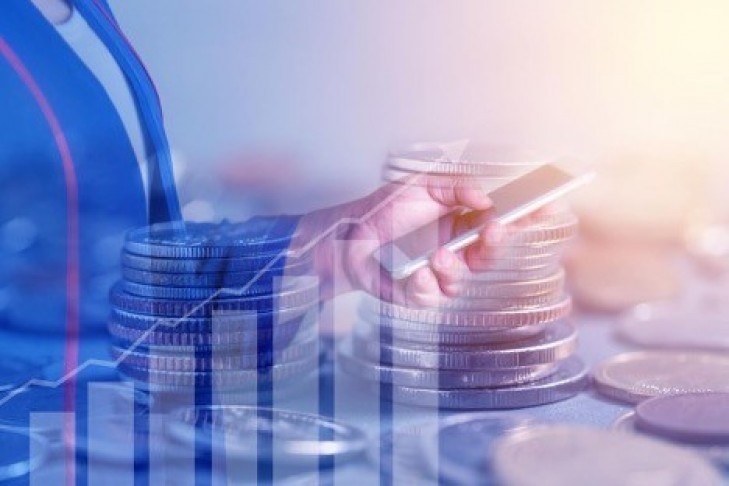 Continue reading to gain an understanding of everything a trader ought to understand in order to begin with Bitcoin, including how to use it to make payments and how to include it in their investment portfolio.

What Is Bitcoin? How Does It Work?

Bitcoin is a digital currency system introduced in 2009 under the guise of Satoshi Nakamoto, a pseudonymous programmer.

Bitcoin, in its most basic form, can be seen as money that exists solely on the internet.

Then, individuals won't require the services of a financial intermediary like a bank or an online payment provider to safely save, transfer, and receive money via the internet.

Satoshi Nakamoto referred to Bitcoin as "an electronic payment system based on cryptographic proof instead of trust" when he wrote about it in the whitepaper released in October of 2008.

Because of this, transactions involving Bitcoin do not need to involve a financial middleman. Instead, transactions in Bitcoin are recorded on a distributed public ledger known as the blockchain, which enables anybody to view and validate the legitimacy of each transaction.

The Bitcoin blockchain is decentralized, meaning it is not under the authority of a single organization or person. Transactions must first be validated by miners, who are members of the Bitcoin network, before they can be published to the public ledger known as the blockchain.

How to Trade Bitcoin?

Bitcoin trading enables traders to guess the direction the cryptocurrency's price will go in. Active traders may find their niche in swing trading and day trading Bitcoin.

Bitcoin traders have the option of buying and selling Bitcoin through cryptocurrency exchanges or crypto contracts for difference (CFDs) with an online brokerage. These CFDs allow traders to speculate on the price of Bitcoin going up or down.

To engage in Bitcoin trading, carry out the following steps:

Even though Bitcoin was introduced into circulation in 2009, it is still regarded as a kind of currency that is considered to be relatively new. Along with this perception comes a great deal of misconceptions.

Discovering the advantages of Bitcoin can assist you in determining whether or not it would be a good investment choice for you.

In contrast to conventional currencies, Bitcoin's monetary policy, transactional processes, and underlying technology are open to public scrutiny. The legitimacy of any transactions can be easily verified at any time.

One of the most common applications for Bitcoin is international remittances because the transaction fees are significantly lower than those associated with wire transfers and other forms of remittance.

Because merchants no longer require the services of an intermediary to execute their international financial transactions, this development has the effect of making the globe a borderless place.

Due to the obvious economic benefits built into Bitcoin to encourage good behavior on the network, it is nearly impossible to hack Bitcoin since it was designed with these incentives in mind.

Bitcoin is open to anybody and everyone who wants to use it. There are no restrictions. Bitcoin transactions can be sent and received at any time, from any location, by anybody in the world.

Bitcoin has had a stronger return than other assets over the past decade, and its value has the possibility to continue increasing due to the fact that there is a limited supply of Bitcoin and growing demand for the cryptocurrency.

If you are considering whether or not it is worthwhile to invest in Bitcoin, you should be aware that despite Bitcoin's rapid growth and the growing number of people who use it, this cryptocurrency does have a few drawbacks that should be taken into consideration.

When considering whether or not Bitcoin is a worthwhile investment, it is important to have as much information as possible, just as you would be if you were making any other type of financial decision.

In a very short amount of time, the price of Bitcoin is prone to making a number of sharp increases and decreases in value. Because the recipient of a Bitcoin payment won't be aware of how much of its worth they will receive, it might be challenging to make payments using Bitcoin.

In addition, during market corrections, Bitcoin investors can see a loss of 50% of their initial investment in the cryptocurrency.

Bitcoin Is Not Widely Accepted

There are currently only a limited number of retail establishments that accept Bitcoin as payment for common goods. El Salvador is the only country in the world that has officially acknowledged Bitcoin as a form of currency at this time.

Bitcoins belonging to traders are the responsibility of those traders. Traders run the danger of having their Bitcoin stolen by scam brokers if they do not have a solid understanding of how Bitcoin should be properly stored.

Is it, then, a good idea to put money into Bitcoin? Even if there are many positive aspects of cryptocurrencies and Bitcoin, in particular, many people still see it as a risky venture. Investing in Bitcoin, however, takes extensive preparation and research in advance, just like any other type of investment.

Examining a list of Bitcoin's advantages and disadvantages is just the beginning of the process. Studying the operation of cryptocurrencies and crypto wallets, the degree to which the market is accessible, as well as the assumptions and risks that are associated with it, is another thing that is a good idea to do.

Should you make the decision to invest, keep in mind that there are various tools at your disposal that can assist you in keeping track of your Bitcoin and other cryptocurrency holdings.