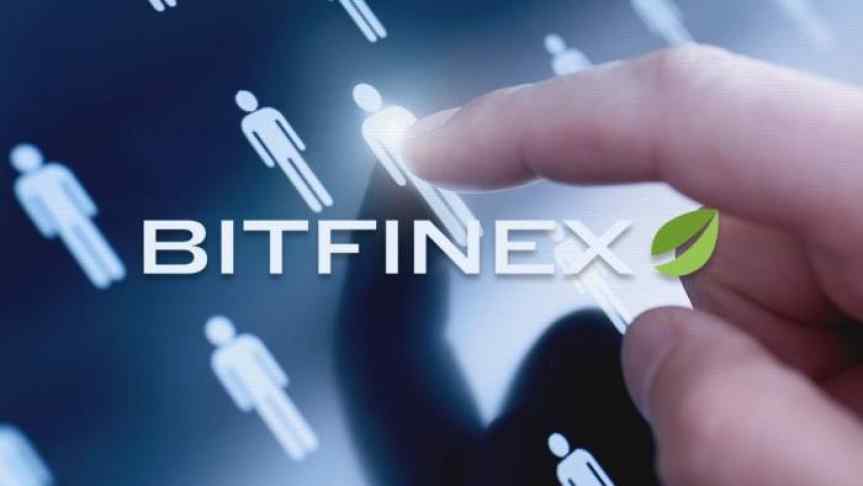 Bitfinex has recently requested some users provide tax information to the company to be passed on to the user's national governments.

Bitfinex, a popular crypto-exchange and infamous affiliate of the Tether project, has once again come under the scrutiny of the crypto community. The company has recently issued requests to some users requiring them to submit tax details, suggesting the information can be submitted to the government of the British Virgin Islands (BVI), who may, in turn, pass the information on to the user’s own national government.

Bitfinex has long held a favorable reputation with crypto-traders seeking shelter for their personal information. The exchange was one of the last major exchanges to comply with Know-Your-Customer rules, and until recently, Bitfinex was considered an exchange of choice for die-hard crypto-traders who adhere to the core values of the cryptosphere.  This sudden turn of events may begin to degrade that reputation

A copy of the letter is provided below: 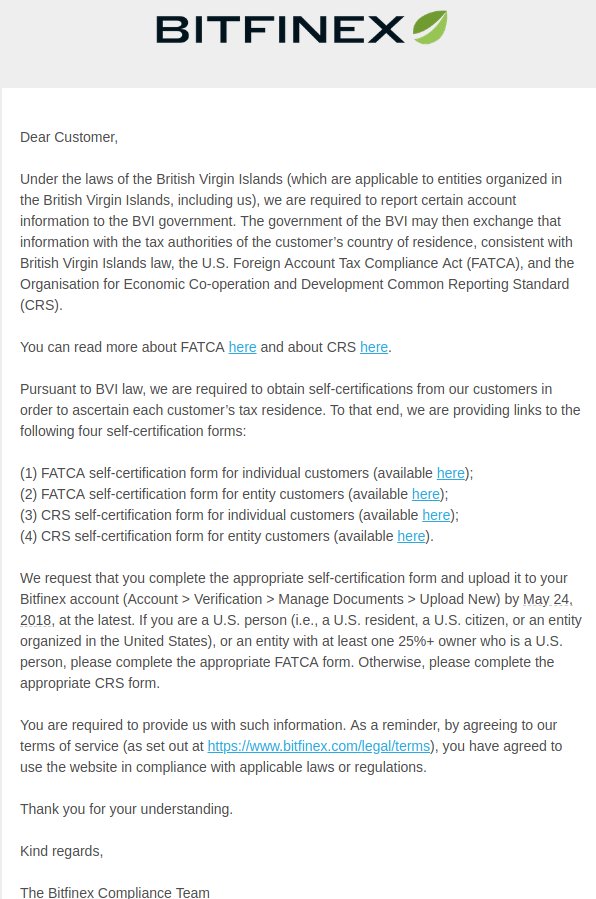 Whalepool is a highly influential group of traders within the cryptosphere and is self-described as a group of “Distributed Blockchain Asset Growers” who value the core principles of decentralized currencies (freedom, transparency, connectivity). Whalepool boasts a Teamspeak audio and text conferencing server with over 300 active members, a twitter following of over 36K, and often provides unsolicited opinions on events in the crypto community.

When Whalepool received notification of Bitfinex’s intention to request mandatory tax information from users, the group fired back with a series of tweets disavowing any further trading with the exchange and asking followers to withdraw any funds they may have stored with Bitfinex:

Whalepool and their followers continued to cut Bitfinex down, classifying the requests as “bullying tactics”. Whalepool also tweeted a poll asking users to respond to Bitfinex’s requests, and invited Bitfinex to their Teamspeak channel in the hopes of giving Bitfinex further opportunity to justify their actions.

Since Bitfinex has not stepped back from its decision, some users are considering leaving the platform for fear that the new policy could be extended to all users. Whalepool’s community is a portion of a wider community that may be disheartened by Bitfinex’s radical policy change. Never shying from controversy Bitfinex has had considerable issues of their own  It remains to be seen how much impact this event will have on their user base.