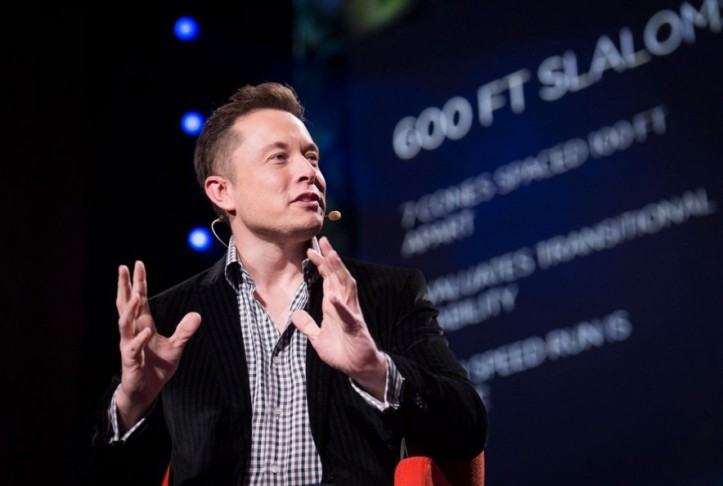 Elon Musk has quickly become one of the most famous entrepreneurs to promote Bitcoin and other cryptocurrencies. His endorsement of crypto began with Tesla this year, but several other recent events have also shaped his position on cryptocurrency.

Musk announced on May 12 that Tesla is temporarily suspending Bitcoin payments due to the coin's power consumption and seeking a low-energy alternative.

"Cryptocurrency is a good idea...but this cannot come at great cost to the environment,"  Musk wrote. "We intend to use it for transactions as soon as mining transitions to more sustainable energy." He added that Tesla is "also looking at other cryptocurrencies that use less than 1% of Bitcoin's energy per transaction."

Musk previously asked his Twitter followers if they would like to see Tesla accept Dogecoin, and approximately 80% of respondents replied that they would. However, the firm has not confirmed that it will accept the altcoin.

SpaceX Will Use Dogecoin In Next Mission

In an announcement on May 9, SpaceX announced that SpaceX will launch a “DOGE-1 Mission to the Moon.” The company will send its 40 kg satellite aboard a SpaceX Falcon 9 rocket and fund the payload with the Dogecoin cryptocurrency.

The mission will be carried out in partnership with Geometric Energy Corporation. Geometric CEO Samuel Reid noted in a press release that the upcoming mission will “[solidify] DOGE as a unit of account for lunar business in the space sector.”

Elon Musk confirmed on Twitter that the mission will be “paid for in Doge.” That follows on from a seemingly tongue-in-cheek joke that he made on April Fools’ Day, stating that “SpaceX is going to put a literal Dogecoin on the literal moon.”

Other crypto entrepreneurs have also taken note. Justin Sun, CEO of TRON and BitTorrent, says that he would like to fund another mission.

Previous rumors from Skybridge Capital CEO suggest that SpaceX has also invested in Bitcoin. However, neither Musk nor the company has confirmed that fact.

Prior to both announcements, Musk appeared on Saturday Night Live in a highly-anticipated Dogecoin-themed sketch. However, the sketch seemingly disappointed investors, as the price of DOGE plummeted by one-third within hours of the sketch.

Despite rumors of an elaborate “Dogefather” sketch that would parody The Godfather film series, Musk simply appeared as a fictional financial expert named Lloyd Ostertag. He explained the coin in simple terms, called the cryptocurrency a “hustle,” and repeated Dogecoin catchphrases such as “to the moon.”

The sketch’s reception suggests that not only did many investors choose to sell off their DOGE holdings, but the sketch also failed to attract new investors to the coin.

The downturn has only had a modest impact on Dogecoin’s year-to-date performance. Over the past year, the cryptocurrency’s price has risen by 21,600%.

Prior to his appearance, Musk also put a more serious message on his Twitter feed: “Cryptocurrency is promising, but please invest with caution!” he said on May 6.

Prior to these recent announcements, Tesla became the testing ground for Musk’s cryptocurrency enthusiasm. The company invested $1.5 billion in Bitcoin in February, and in March, it added the ability for investors to pay for its vehicles with Bitcoin.

Recent updates from the end of April suggest that though Tesla has sold a fraction of its Bitcoin, the company’s investment is now worth approximately $2.5 billion.

Musk’s involvement in cryptocurrency has come a long way since he first tweeted about cryptocurrency in 2018. At that time, he recruited Dogecoin creator Jackson Palmer to help fight Bitcoin investment phishing scams that circulate widely on Twitter.

Later, Musk began to tweet about crypto more frequently, jokingly calling himself “the former CEO of Dogecoin” and posting memes related to the cryptocurrency. Today, he posts cryptocurrency-related content on an almost daily basis.

Despite Musk’s willingness to integrate cryptocurrency into his business, he does not seem to own much personally. In 2019, he stated that he owns 0.25 BTC, an amount that is worth less than $18,000 today. It is not clear whether he has made further investments.

It remains to be seen whether Musk’s other companies—OpenAI, Neuralink, and The Boring Company—will make use of cryptocurrency in the future.