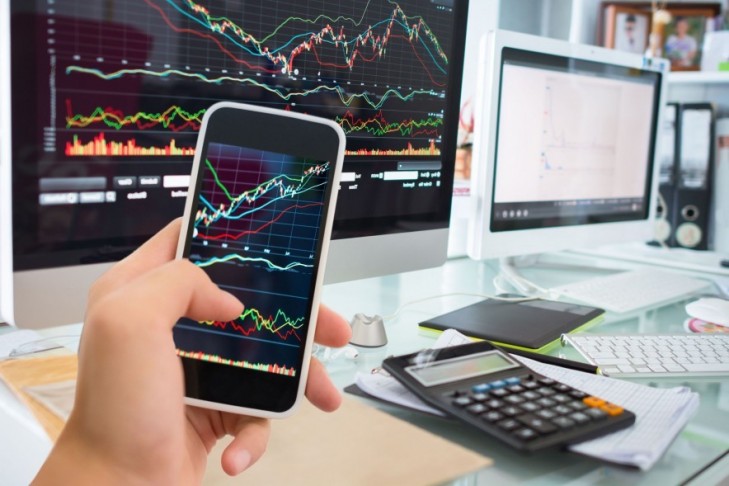 Ethereum has struggled but may look for a rally this week. Defi still dominates with Yearn up 100%. BORA and Hedera also performed well.

The number two coin by market cap has found a base and a positive day could be on the cards to start the week for a push above $4,100. With the market in bearish mood, it could catch some by surprise with a short squeeze.

Call option demand has risen for Ether into year-end and that also highlights potential for a rally. 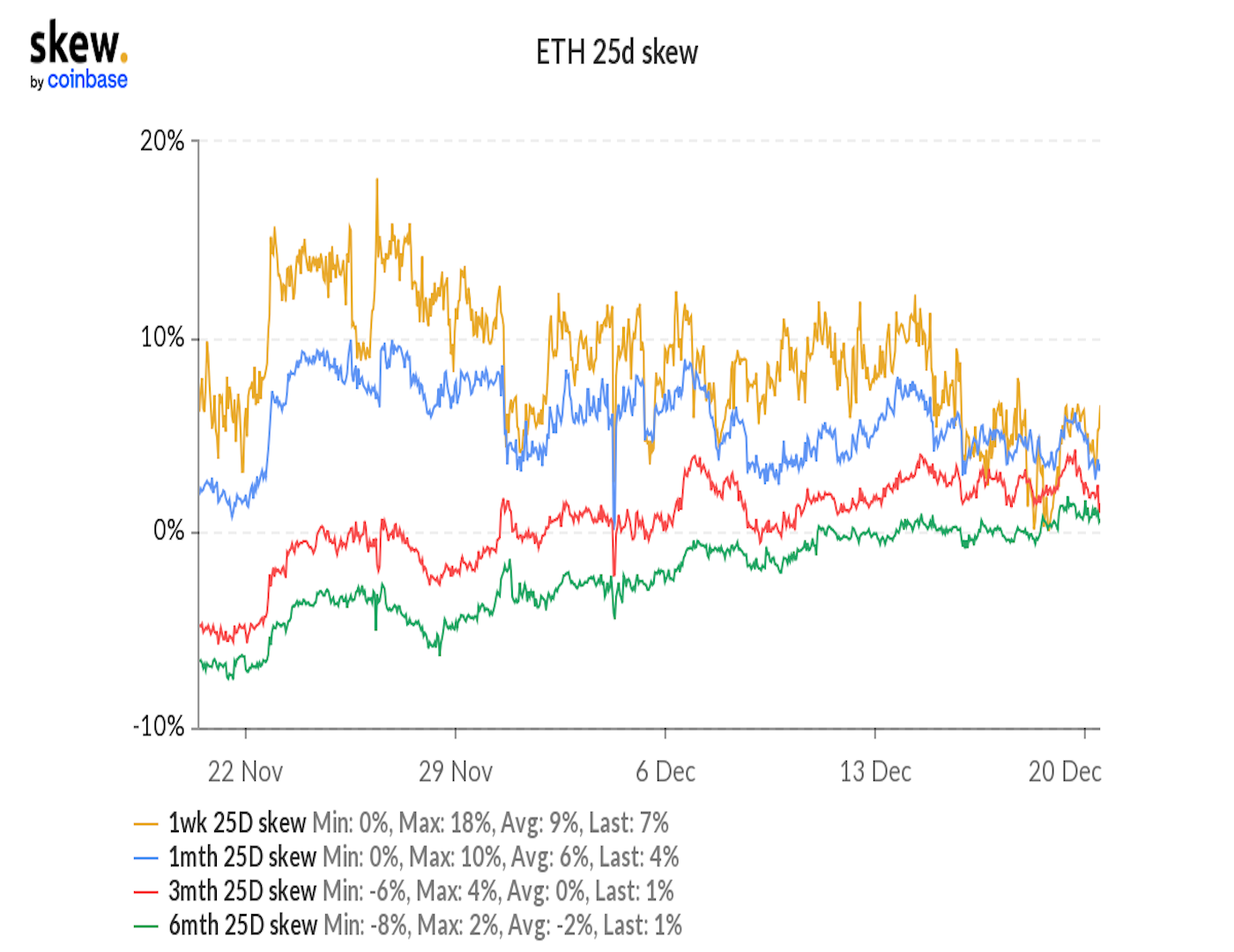 According to Coin Desk:

Ethereum has been outperforming Bitcoin in recent weeks, but both have been dragged lower by regulatory fears and the latest virus wave.

What markets may be missing is that governments in the UK and Europe are moving towards new lockdowns, while Australia and the US may follow. Another western shutdown can only mean further stimulus and a possible return to the bull market of 2020, where huge stimulus packages supported gold and cryptos.

Decentralized finance has been leading the market lately as BTC and altcoins have struggled. 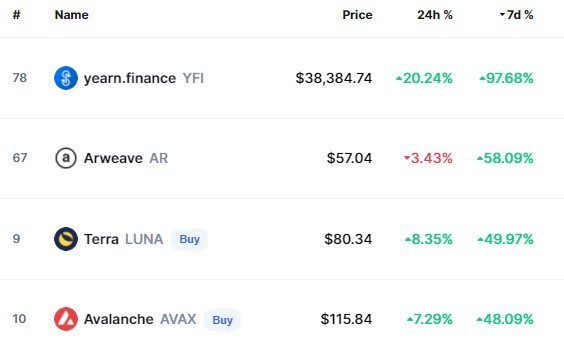 Yearn Finance added 100% to its value in a week where the top-performing coins were dominated by DeFi projects.

The price growth surrounds a move to a new Yearn Governance proposal that would involve big changes to Yearn's tokenomics. The proposal is based on four key steps, to be completed sequentially, to amend the tokenomics of YFI:

Yearn currently has a market cap of $1.36 billion, which is a long way from the DeFi market leader in Terra, which has a valuation of almost $30 billion.

Hedera Hashgraph was another coin seeing a strong week with a 40% gain to $0.30. The all-time high for the coin came in September at a price of $0.58.

The price move was driven by a partnership between HBar foundation and MetaVRse to support the development of metaverse-related applications. Further interest in HBAR was seen after the company shared a Tweet about Google willing to take crypto payment for Google Cloud and that it “also has agreements with Hedera and others.” 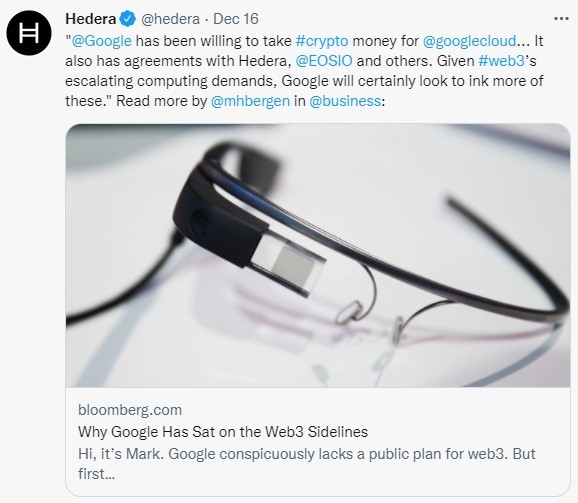 Hedera saw a network usage of over 2K+ TPS on 18th December – A good number reflecting the high network usage activity on its blockchain.

The coin also calls itself “the world’s greenest cryptocurrency” and gained popularity after Elon Musk called for a sustainable coin. The latest move to join the Metaverse bandwagon comes at a time when NFTs and other developments are soaring in popularity and value.

A newer coin that was doing well last week was BORA project, with the coin moving into the top 100 after a rise of 35%.

BORA is a Korean-based project was built on Ethereum with a token that is now compatible with the Klatyn network. The project boasts 50 million users for its games.

The coin trades at $1.00 with a market cap of $1.2 billion but the company’s website is light on information. The project has its own wallet which allows you to store BORA on your desktop.

BORA ISLAND is a decentralized entertainment platform focused on producing digital content with a ‘play-to-earn” model.

It may be a good sign that the project has crept into the top 100 coins with very little marketing and fanfare.