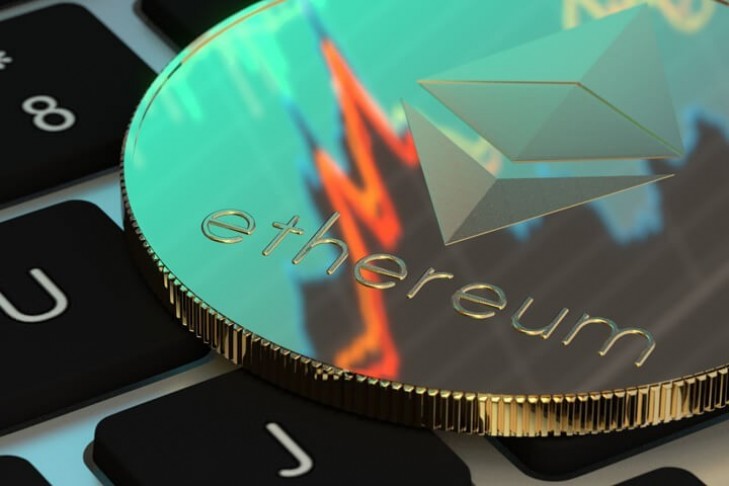 ETH and the cryptocurrency market saw an end to the recent price slump and looks to recover, Analysts see value in LTC and EOS posts good gains.

Ethereum is looking to set an important price low after the recent slump and one hedge fund analyst sees ETH in a similar position to MySpace before the arrival of Facebook.

In an article on May 31, Bloomberg suggested that Ether would overtake Bitcoin as the world’s cryptocurrency of choice, while US investment bank Goldman Sachs was also recently bullish about ETH.

The largest altcoin “will likely exceed Bitcoin at some point in the future, as Ethereum will be superior when it comes to innovation and developer interest,” Tegan Kline, of Blockchain firm Edge & Node said.

With governments moving to regulate or slow the growth of Bitcoin, many are looking to the technical benefits of ETH.

I think BTC has won the store of value game because it’s a brand, it’s been around for 13-14 years and it has a finite supply.

Is it going to be gold? I don’t know. It’s sure as hell doing a good imitation of it the last year or two.

For Druckenmiller, ETH is the MySpace to BTC’s Google.

“I’m a little more skeptical of whether it can hold its position. It reminds me a little of MySpace before Facebook,” he said.

Litecoin has seen its price slump after setting new all-time highs only a few weeks ago.

One analyst has said that buying LTC at $360 is like buying ETH at the same price in 2020. LTC has since fallen to half of that price and could be a valuable project for investors.

Twitter analyst @KongBTC said in a tweet that Litecoin offers the same prospects as Ethereum in October 2020, when it was priced around the mid-three hundred levels.

Since the fourth quarter of 2020, ETH has powered further to set multiple all-time highs with price growth of 1,000% before the recent tumble.

The bullish thesis on LTC surrounds the much-anticipated Mimblewimble update, which will bring privacy and fungibility. Developers have been working on the upgrade since late 2019 and the project’s lead developer David Burkett recently said that the project is nearing completion.

“More of the same. Audits, reviews, tests, bug fixes, and documentation. We're inching our way to the finish line”.

Mimblewimble is Litecoin’s most significant implementation to date. Founder Charlie Lee described the update as the final piece of the puzzle in making Litecoin sound money. Lee said the history attached to cryptocurrencies is a major sticking point that counts against them in this regard.

You’ve heard stories of Coinbase banning people from using their service if they found out that the coins you received were sent from, say, a gambling website or from a dark marketplace. That makes the coins not very fungible.

This is why Lee sees the upgrade to privacy and fungibility as vital to Litecoin’s future.

The founder of LTC also stated that they chose the technology ahead of other solutions because it allows cryptocurrencies to gain privacy without sacrificing any scalability. That would be a win-win opportunity for LTC.

Lee also said previously that it would scale better than Bitcoin, saying:

In some sense, it actually scales better than Bitcoin and Litecoin today because of the ability to do compact transactions, to throw away inputs and outputs, the way it’s designed is actually very good for scalability and it’s quite impressive how it works.

EOS saw one of the best rebounds over the last week with a more than 30% gain.

Block.one, the blockchain company whose long-time backers include billionaire investors Peter Thiel, Alan Howard, and Louis Bacon, is launching a crypto exchange that seeks to combine the benefits of traditional bourses with that of decentralized finance.

The ‘Bullish’ exchange will be capitalized by Block.one with about $10 billion in digital assets and cash. The seed capital for Bullish Global includes 164k bitcoins worth around $9.7 billion, $100 million in cash, and 20 million EOS tokens, which power the Block.one transactions.

The EOS token saw highs above $20 in 2018 but has failed to capitalize on growth in the cryptocurrency sector. Declining developer interest was seen as a headwind, but the new exchange could be a gamechanger for EOS.

The project now has a market cap of $6 billion and trades at number 23 in the list of coins, but EOS was a mainstay in the top ten throughout the 2018-19 stage.