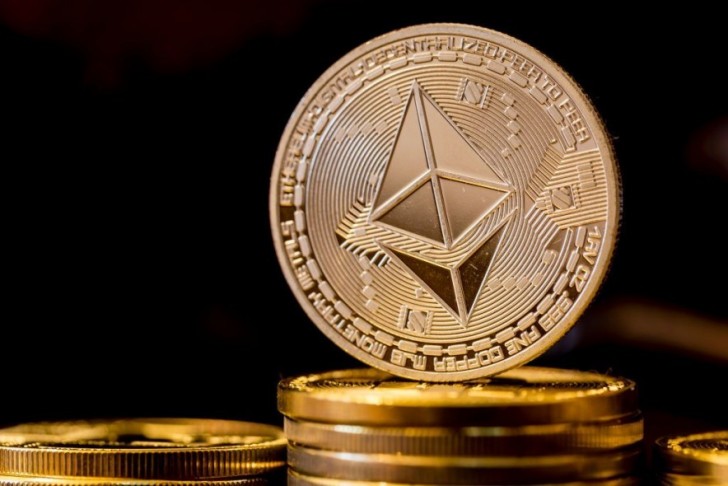 The Ethereum price slumped this week after the long-awaited completion of the project’s Merge upgrade.

The move from proof-of-work (PoW) to proof-of-stake (PoS) architecture has been a hot topic for the market this year, and speculative interest grew in the coin as the date came closer.

Some investors hoped for a rally on the upgrade, but the end result is a cleaner cryptocurrency, which is 99.95% less energy-intensive, according to the project’s developer. That will not hurt the coin’s investment potential, but it will not fix the previous problems of high gas fees and scalability obstacles.

The Merge upgrade went smoothly, which has provided some support for the price of ETH.

Moving the second-largest cryptocurrency to a Proof-of-Stake model has created a conundrum for PoW miners. That will also affect the market for mining equipment, and one company has already decided to leave the market for graphics cards.

EVGA, one of the largest manufacturers of graphics cards, announced last week that it would exit the business due to the gloomy financial outlook and “mistreatment” from its partner Nvidia.

Miners will have to move onto other blockchains, and we may see coin volatility as that process happens. Ethereum Classic (ETC) had been one beneficiary of that move, and the Ethereum founder supported that destination for ETH miners.

The price of Ethereum has slumped to $1,300 and is now testing a key uptrend support line. Further support comes in at the $1,000 price level if there is further bear market pressure.

Ripple’s XRP coin rose 7% last week, but the coin erased those gains on Monday. The project is facing a momentous and potentially volatile week as the project’s court case reaches its end.

In separate motions filed on the weekend by Ripple and the SEC, both have called for a summary judgment in the U.S. Southern District of New York Court.

Those judgments are submitted to the courts when one or more parties believe there is enough evidence on hand to make a ruling without the need for a further trial. Both parties, in this case, have called on Judge Analisa Torres to make an immediate ruling as to whether Ripple’s XRP sales violated U.S. securities laws. Ripple has said that the SEC caused an obstruction of evidence and has run out of evidence to prove that the sale of XRP was an “investment contract,” while the SEC has remained strong on its belief that does.

They want to remake it all in an impermissible effort to expand their jurisdiction far beyond the authority granted to them by Congress.

The price of XRP spiked to highs near the $0.4000 level and has since slumped to $0.3500. We can expect further volatility when the court ruling is confirmed on Monday.

Celsius was the top performer in a weakened market with a 17.5% move higher.

The coin was higher this week after the bankrupt crypto lender asked the court for permission to sell stablecoins in its possession to generate funds for its operations.

The assets are valued at $23 million, and investors see that as a positive for the project in the future. An interim cash management order was placed against Celsius, prohibiting the monetization of any crypto asset in the company’s possession without the court’s consent. Celsius, however, believes that selling its stablecoins would help generate some of the liquidity needed to run its operations.

Earlier, the crypto lender had indicated that it was on course to run out of funds by October. Among its ideas to generate funds was the proposal to sell bitcoin mined by its subsidiary, Celsius Mining.

The price of CEL now trades at $1.60 after tumbling from its high of $8.00 with the cryptocurrency bear market. The project has a market cap of $385 million, a long way from its October valuation of $1.8bn.

What goes up often comes down, which was the case for the recent rally in LUNA.

News of a South Korean arrest warrant for the project’s founder led to a 50% crash in the coin. Terra Classic is the original version of the Terra blockchain, while LUNA 2.0 was created for the rebuilding strategy by Terraform Labs founder Do Kwon. LUNA/LUNA2 started to rise sharply a week ago with some activity inside the Terra ecosystem.

Kwon is said to be in Singapore and was asked back in August if he would return to face a trial:

It’s kind of hard to make that decision because we’ve never been in touch with the investigators…They’ve never charged us with anything.

However, South Korean prosecutors have since raided the home of Terraform Labs co-founder Daniel Shin and levied charges of illegal activity.

Kwon became a central figure after the demise of the TerraUSD (UST) stablecoin, which collapsed in May and cost investors $60bn.

The project’s founder dismissed the claims. The price of LUNA rallied to $8.00 but has settled back near the $5.00 level.