Financial Pandemonium - Where Does Bitcoin Fit in? 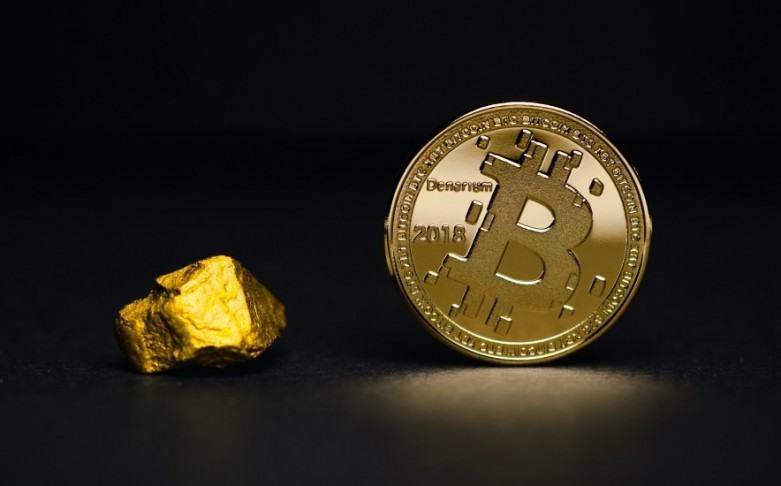 Financial Pandemonium - Where Does Bitcoin Fit in?

Thanks to the COVID-19 Pandemic, we've seen markets crash and economies revert to "emergency mode", but where does Bitcoin fit into it all?

If you haven't noticed, “uncertainty” is a popular state of mind these days. The COVID-19 pandemic is affecting every single aspect of our existence, and the cryptocurrency market is far from immune. Since the WHO’s declaration of a pandemic, global stock markets have shed ⅓ of their value, and in an uncommon correlation, the cryptocurrency market largely followed suit. As the pandemic progresses, many pundits are predicting further financial uncertainty as the economy implodes amidst a chaos of unemployment, bailouts, and infectious coughing.

Luckily, Bitcoin has begun to rebound, and the correlation with the stock market appears to have been short-lived - for now. Nevertheless, the fact that Bitcoin correlated with the stock market at all is cause for analysis. After all, Bitcoin was designed to be a “safe-haven” from global financial collapse, wasn’t it? If Bitcoin is supposed to be the “digital gold” of the modern era, then why are investors fire-selling off their digital assets during a global financial panic? And, now that Bitcoin is once again aligning with gold’s performance, and tracking upwards, is it safe to assume that Bitcoin has achieved true “safe-haven” status?

Why Bitcoin Followed the Stock Market Down

I won’t delve deeply into all the economic factors that are driving stock prices down, but, a basic understanding is needed. Risk assets don’t fare well in times of global uncertainty, and collapsing oil prices and economic stagnation are undoubtedly drivers of uncertainty. When the freefall of financial markets began, people panicked - as they always do.

When times get tough, market investors generally turn their investments into liquidity, often in the form of cash. Cash is king during times of economic instability because cash is useful. You can’t buy toilet paper with Apple Stock, and you can’t pay your employee’s sick pay with gold. When cashflow comes screeching to a halt, you need liquid value, and you need it fast.

Obviously, Bitcoin is not immune to this basic market fundamental. The digital asset class is young, and despite BTC being designed particularly to be used as a form of liquid digital value, it is still primarily used as a speculative asset - You would have a hard time buying toilet paper with it. When the global economy began this whirlwind death-spiral of despair, Bitcoin investors did the same thing as stock market investors and gold investors - They sold ahead of the drop. While BTC isn't exactly the same as a stock, and isn't exactly the same as a safe-haven asset, it sure as hell isn't cash. When the FUD hit global markets, no stone was left unturned, and Bitcoin heard the margin calls just like everything else.

Gold is Rebounding, And So is Bitcoin

After the initial drop, Gold markets have begun to rebound. While it is probably obvious to most of our readers, I will explain why Gold fares well in a recession. Gold is a safe-haven asset, and a great store of value. Investors love buying and hod’ling gold during economic crises because it usually performs well on fundamentals. Let's examine the two main fundamentals that make gold a good investment during tough economic times.

These are the tried and tested drivers of gold prices during recessions, and they seem to be holding up so far. The stock market has not rebounded, and this too is typical of a recession. The stock market is a “risk asset”, and while individual stocks might buck the trend and gain value during this particular economic crisis (pharmaceutical companies, perhaps) the stock market as a whole will likely hemorrhage value so long as the majority of businesses across the globe struggle to make ends meet. When stock markets struggle amidst reduced economic activity, safe-haven assets like gold flourish.

This brings us to Bitcoin, the flagship of the world’s newest asset class - digital assets. When the margin call came, and assets plummeted in a panic-fueled race for cash, everything "and the kitchen sink" plummeted. It has been hard to decipher if BTC will stay down, like a risk asset, or rebound, like a safe-haven store of value. Bitcoin shares a lot of the same fundamentals as Gold, as you can see in the examples given above. Bitcoin can serve the same fundamental purposes as gold during a recession - holding an intrinsic value and offering protection from negative real interest rates, and it would appear that BTC is currently parodying gold in market action, but, that doesn’t mean Bitcoin will always behave like gold. In fact, Bitcoin’s correlations have been all over the place during the pandemic crisis, decoupling from gold prices only to bounce back up alongside the world’s favorite store of value. In times like these, it is tempting to try and find the correlations that best help define BTC’s role in today’s financial markets, but it might be a bit too presumptive to be useful.

Bitcoin Isn’t Gold, a Currency, Or a Risk Asset

Ok, so I might be biased, but Bitcoin is WAY cooler than either gold or the stock market. Those old school financial instruments follow rules; they perform in a semi-predictable manner, they are much more stable than cryptocurrencies, and they are part and parcel of an archaic financial system that just doesn’t seem to be working out so well. I guess after over 100 years of financial analysis, the traditional financial markets have become so damn correlated to various metrics that they are just. So. BORING.

Bitcoin is new, it is exciting, and it is above all else, it isn’t well understood. When the margin calls came, Bitcoin followed everything else on it’s way to the bottom. When the panicked investors caught their wits, Bitcoin followed the safe-haven assets like gold and bonds back up. But, what if these price movements aren’t correlations, but coincidences?

Bitcoin’s fundamentals are so different from gold, money and risk assets, it is almost laughable to think that BTC could serve the same single purpose as any of these assets in the global financial market. BTC is a currency, it is a store of value, it is a risk asset, a unit of account - you name it, Bitcoin can do it. Therefore, it is generally safe to assume that BTC will remain uncoupled from any one asset’s traditional market fundamentals - BTC is its own beast. I would argue that of all the assets to watch during the upcoming economic misery that is our lives, BTC will surprise the most people, the most times. When the Fed inevitably pushes the US to the brink of economic collapse, I wouldn’t be surprised to see Bitcoin act independently from USD, and skyrocket in value by orders of magnitude over gold or other forms of fiat. When the next big economic hit smacks us upside the head (like the housing market, perhaps?), I wouldn’t be surprised to see BTC plummet while gold stays the course. And when the dust settles, and the stock markets begin to recover, I couldn’t even begin to speculate on what BTC might do as investors decide if they want to re-invest in the stock market or diversify to include crypto-assets.

So, during these uncertain economic times, you might see a lot of pundits try to answer the question: “is Bitcoin a safe-haven?”. My advice would be to take the prevailing analysis of the day with a grain of salt, and be certain of only one thing:

Nothing about Bitcoin is ever predictable, but right now, it's volatility seems to fit right in.