HODLing: Bitcoin's Value and Potential to Be More than A Speculative Asset 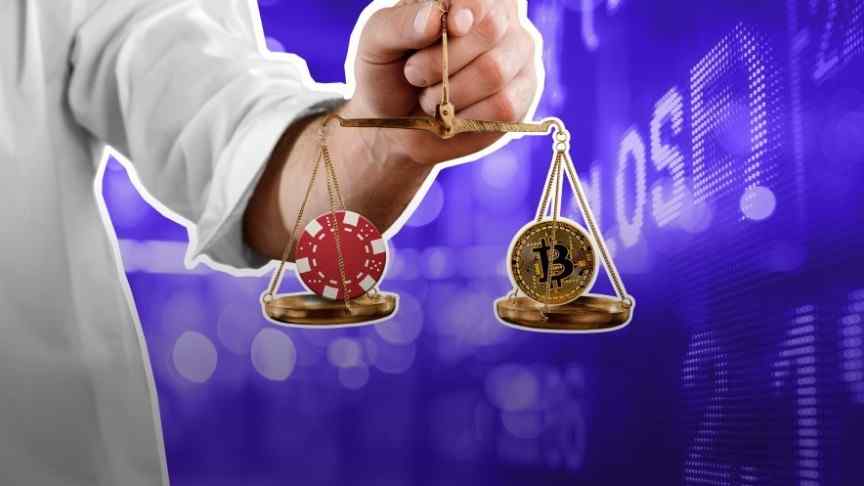 HODLing: Bitcoin's Value and Potential to Be More than A Speculative Asset

As price volatility stabilizes, Bitcoin evolves into a more functional digital asset. But not everyone is optimistic about this trend.

Is Bitcoin a volatile speculative asset or a long-term store of value? While Satoshi's groundbreaking cryptocurrency has traditionally straddled both roles, often criticized as merely a gambling tool and failing to live up to its founder's initial intention as a useful currency, recent user behavior suggests a change. Bitcoin may indeed be becoming a long-term store of value. The long-term outcome of the current extended bear market could, in fact, be the end of Bitcoin's biggest barrier to adoption: volatility.

The Bitcoin market is experiencing an unprecedented stabilization in price volatility. Driven by investor 'hodling' and Wall Street involvement in the crypto sector, many expect this trend to transform Bitcoin into a reliable medium of exchange in keeping with its founder's vision.

But while most analysts are optimistic, many are worried about recent drops in transaction volume that correspond with the HODLing strategy. What good is a stable currency if no one is using it to buy things?

Bitcoin was developed as a decentralized digital currency that could serve as a long-term store of value while enabling secure, peer-to-peer transfers between users across the globe. It doesn't have a set price, and inflation is controlled by a system that limits the creation of new coins.

The value of each Bitcoin is determined by the interplay between supply and demand. Not long after its inception, demand began to outstrip supply and prices skyrocketed.

Following a multi-year slump from 2014 to 2016, buying activity in East Asia sent Bitcoin prices into a period of exponential growth. Soaring Bitcoin prices created a domino effect that encouraged even more investors to buy into the market, driving prices, quite famously, higher in 2017.

With prices fluctuating by double-digits by the hour, Bitcoin had become a speculator’s delight. But the cryptocurrency simply couldn’t function as a long-term store of value because it was too volatile. Bitcoin simply wasn’t useful as digital money.

The Stabilization of Bitcoin

By 2018, the cryptocurrency bubble burst, plunging Bitcoin into a bear market that continues to this day. But while the Bitcoin crash was bad news for speculators, it correlated with a significant price stabilization that may bring Bitcoin back in line with its founder’s vision.

According to Diar, a research group that publishes weekly reports on the sector, Bitcoin’s price volatility fell to a 14-month low in August of 2018, a little over a year after its massive speculator-driven rally began. This trend has continued into September and October and is likely to represent the new "normal" in the Bitcoin market.

There is little debate over the reasons why Bitcoin is stabilizing -- most agree that this effect is caused by investor behavior and growing levels of institutional involvement -- but there is controversy over whether this trend is taking the asset in the right direction.

While some believe Bitcoin's stabilization will make it a more effective digital currency, others argue that investor HODLing will actually "kill" Bitcoin as a peer-to-peer cash system by dragging down transaction volume and other key performance metrics.

Investor HODLing, and It’s Effect on the Bitcoin Market

A humorous play on the word holding, "HODLing" refers to a long-term cryptocurrency investment strategy focused on buying and holding. This contrasts with previously-popular short-term trading strategies that aimed to profit from volatility instead of gradual price appreciation.

As Bitcoin's bear market dragged through 2018, short-term trading strategies, especially those based on leverage, fell out of favor. HODLing became the preferred method of crypto investment for those still bullish about the sector's long-term prospects.

Long-term investment strategies reduce Bitcoin's volatility, and this is a welcome trend for those who wish to see the asset become a stable store of value. But HODLing might be a double-edged sword. Over the last few months, Bitcoin has seen both transaction volume and aggregate payments drop. So, while the price may be steadying, "hodlers" are still not "using" Bitcoin to buy things.

What use is a stable digital currency if no one is using it? Bitcoin’s fall in volatility has corresponded with a drop in daily transaction volume and merchant payments on the network. But a Look at the graph of daily Bitcoin transaction volume indicates that this thesis isn’t set in stone.

According to the chart, Bitcoin daily transaction volume peaked in late 2017 before dropping significantly at the beginning of 2018.

As the cryptocurrency bubble deflates, the Bitcoin market is maturing. Satoshi's groundbreaking cryptocurrency is evolving from a speculator's dream into a stable asset with growing mainstream acceptance. But not everyone is sure the asset is on the right path. As long-term HODLers transform Bitcoin into a stable store of value, falling transaction volumes call its future as a widely-used currency into question. It is still too early to know how these trends will end.