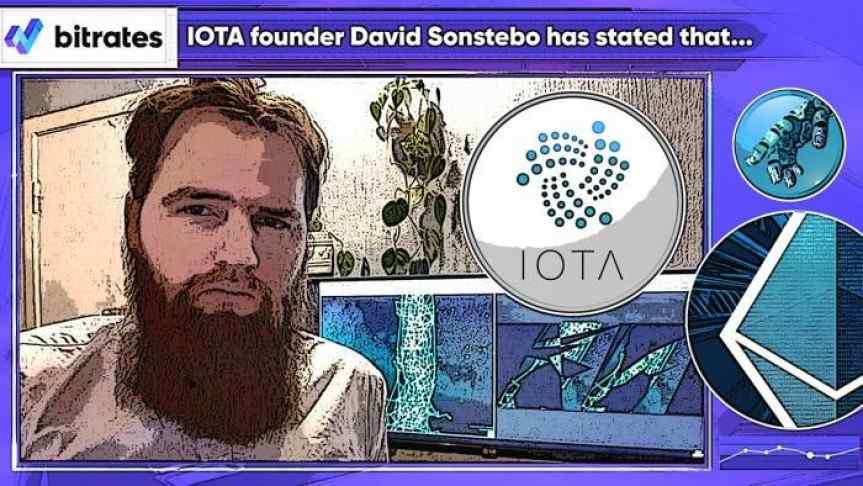 IOTA's founder David Sonstebo has said that Ethereum cannot handle the many transactions of the IoT and that his project's Qubic would do better.

IOTA founder David Sonstebo has stated that he believes the Ethereum blockchain is completely unsuitable for the Internet of Things. In an interview with Wired magazine, he discussed IOTA's current major development: Qubic, an answer to all of the services that Ethereum offers, such as smart contracts.

The IOTA project utilizes the Directed Acyclic Graph technology, which is different from the blockchain and claims to be far more efficient. The network grows more efficient as more users enter the network.

When asked why Qubic would be better than Ethereum, Sonstebo said,

There are fundamental differences between Qubic and Ethereum. With IOTA, it was very important to us from the beginning that we create a foundation that allows for maximum scaling. IOTA wants to be the backbone of the Internet of Things, that is, the machine-economics of the future. It can only do that if we use our protocol to account for the inadequacy of some machine's resources - these are limited resources such as bandwidth, storage, electricity, and so on. That's the tangle, not the blockchain. Another point is the fee-free, which is given by the tangle of IOTA, but not by the blockchain of Ethereum. Qubic was created for the Internet of Things. Ethereum is currently completely unsuitable for this. We take the vision a step closer with Qubic every day.

Qubic as a Foundation for IoT

Qubic was revealed last Sunday and is essentially a network for smart contracts, much like Ethereum but with different features. Three features come with Qubic: smart contracts, Oracle, and outsourced computing. Sonstebo’s main contention seems to be that, even with plasma and sharding, Ethereum will not be able to handle the workload of billions of devices on the Internet of Things. He worries about the transaction costs too, saying,

In a machine economy, even low transaction costs are simply not feasible given the mass of transactions. The tangle helps here.

Regardless, the fight is not yet over in this area. While IOTA is making headway with its development, cryptocurrency is so early in its lifespan that there is no way to accurately predict if one project will triumph over another.

Sonstebo stated that he expects the alpha version of Qubic to be ready by the end of the year.