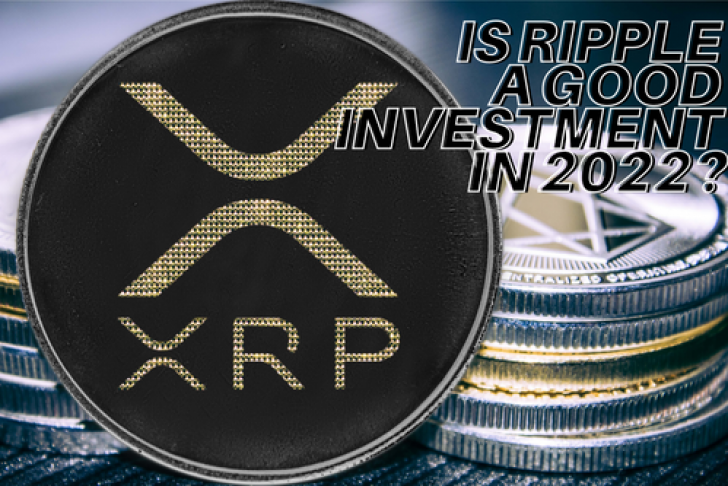 It does not pride itself on decentralization in the same way that Bitcoin, Ethereum, and other well-known cryptocurrencies do. Instead, the cryptocurrency is intimately linked to a number of financial institutions, investment firms, and organizations all over the world.

This may appear to be contradictory to the Crypto philosophy, given that many traders believe the greatest selling point of cryptocurrencies is their independence from the influence of companies located outside the cryptocurrency ecosystem. Cryptocurrency specialists, on the other hand, are arguing more and more that it might be the driving point behind Ripple's success.

History and Timeline of Ripple

The Ripple company operates a payment protocol, which is equivalent to a payment service, a network for the transfer of money, and a currency exchange all rolled into one. The protocol can be used with both digital currencies and traditional forms of money, as well as commodities. XRP is the native coin for this protocol.

Sometime in 2020, the firm was facing a lawsuit from the SEC, which posed a risk to the future of Ripple. The value of XRP can swing wildly. The pricing was subject to considerable shifts over the year 2021. However, the bearish sentiment in the market caused the price to fall, and as a result, XRP lost over 70% of its value between May 18 and July 2020.

The most significant contributor to the Ripple market's extreme volatility was the constant updates regarding the SEC complaint. While heightened volatility almost always presents an opportunity to make a greater profit, investing in it comes with a high degree of risk.

Due to the bear market that has ravaged the 2022 crypto market, Ripple has seen little gains this year, comparable to the All-Time-High it got to in 2020 but does the future look bright for the token?

Both industry big players and average investors will find it difficult to accurately forecast the future price of Ripple. Do all of the analysts think that the case will end the same way? Where can we expect the price to go?

The Effect of the SEC's Case on Ripple

In 2020, the United States Securities and Exchange Commission (SEC) initiated legal action against Ripple Labs, as well as the company's current and former CEOs. The SEC asserted that XRP should be categorized as a security. A security is a type of financial instrument that can be bought and sold, but it does not have any practical use. It represents ownership in a company or other entities.

At the end of December 2020, a legal action was initiated because XRP tokens were utilized in the funding of Ripple's platform, which permits money transfers for retailers.

When information about the complaint filed by the United States Securities and Exchange Commission against Ripple Labs became public on December 21, the market capitalization of XRP dropped by $16 billion, or 63% of its previous value. After cryptocurrency exchanges halted trading of the coin and cryptocurrency funds liquidated their investments as a result of the lawsuit, the price of the coin came crashing down.

With an ATH of $3.40, XRP’s current price of $0.48 could be attributed to its legal tussle with SEC. Since news and speculation greatly influence the movement of the financial market, the sentiments surrounding investments in XRP are largely borne out of pessimism for the future of the coin.

However, how much effect will a victory for Ripple in the SEC case have on the Ripple price and will it instill confidence in emerging investors once the whole legal debacle rolls over?

Is Ripple a Good Investment?

XRP has a number of things working in its favor, notably if Ripple is successful in its case against the SEC and the IPO goes forward as planned. Ripple already possesses a multitude of cutting-edge financial services that make it possible to make payments that span across many platforms and blockchains.

The PayID tool that Ripple supports, for example, makes it possible for users to move currency between different platforms by using an ID that is both easy to read and safe, and it's compatible with any network operator.

In a similar vein, One Pay FX enables quick or same-day cost-efficient international payments with complete transparency on fees and arrival time frames of the cash.  XRP has been vetted for use in international transactions by numerous financial organizations, including MoneyGram.

These are positive signs for the value of XRP in the future.

Some events that took place in 2021 and early 2022 underlined that the XRP/USD pair still has significant speculative features due to the ongoing legal dispute and the general bearish nature of the cryptocurrency market. The XRP/USD pair, on the other hand, continues to generate volume and volatility. The XRP has shown that it can increase its market cap favorably but then almost completely lose all of it in a short while. It's an excellent point for traders who are willing to take risks.

The number of industry professionals who believe XRP will hit $10 in the near future or even at all is pitifully few. XRP might follow the path of bitcoin and start to increase again if the bear market upturns and begins to rise again. The consensus among these industry experts is that Ripple's price might reach $10 or perhaps $25.

Others are of the opinion that the capabilities of XRP might propel it to the same level of acceptance and industry recognition as Bitcoin - which is widely regarded as the benchmark for cryptocurrencies - and Ethereum too.

Ripple is gaining market share and prominence thanks, in large part, to the rapidity with which its transactions are processed, as well as the low fees it charges and the expanding number of partnerships it has garnered.

Due to the fact that XRP has the potential to experience significant price appreciation, it can be a suitable choice for you to start your cryptocurrency investment portfolio with it. Be ready for the price of the coin to either dramatically drop or sharply spike depending on the judgment given in the SEC court case.

You have two options: either take a gamble and buy now while XRP is at its lowest in over a year or keep your powder dry and your fingers crossed for an even better offer.

Australian crypto exchange platform TimeX makes it possible to invest in cryptocurrencies using the Australian dollar and save some money on fees. If you have plans to buy XRP Australia, you should definitely try this online service. But it is important to only buy cryptocurrency at this time if you can afford to lose some or all of your investment. The market factors that are driving the rest of the cryptocurrency market down are likely to affect XRP in the immediate future.