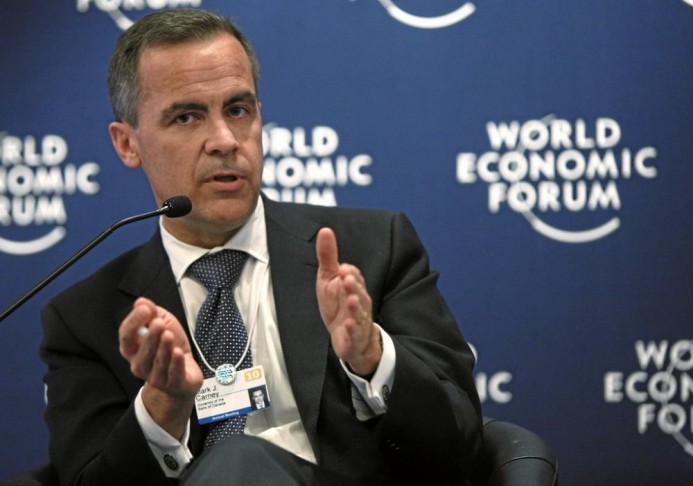 As G20 summit is set to start this Tuesday in Buenos Aires, Financial Stability Board Chairman Mark Carney expressed the FSB position that cryptocurrencies do not pose a threat to global financial security.

Positive news about the fate of cryptocurrencies arose today, as the G20 finance minister and central bank governors are meeting in Argentina. In a letter to the delegates, the Financial Stability Board (FSB) Chair, Mark Carney explained the FSB’s position on regulation,

“The FSB’s initial assessment is that crypto-assets do not pose risks to global financial stability at this time.”

This statement came after Germany and France voiced concerns about the need of a tough regulatory framework around the digital assets. In an apparent reaction to the announcement, Bitcoin’s price jumped by $1000.

The G20 summit in Buenos Aires (to be held March 19th-20th) is the first out of total of five in 2018. Carney, who is also the Governor of the Bank of England, believes that the size of the cryptocurrencies market is still insignificant; less than one percent of the global GDP. He also mentions that crypto-assets are not substitutes for fiat currencies and their linkage with the real-world economy is limited.  He emphasizes investor protections and illicit activity as the primary area of focus for regulators, while recognizing the potential for the industries future contribution to the financial system.

“Crypto-assets raise a host of issues around consumer and investor protection, as well as their use to shield illicit activity and for money laundering and terrorist financing. At the same time, the technologies underlying them have the potential to improve the efficiency and inclusiveness of both the financial system and the economy.”

According to the FSB Chairman, after a completing a decade since the financial crisis begun, the summit should primarily focus on reviewing existing regulations, instead of drafting new ones.  His comments suggest that the G20 will not be focused on cryptocurrency regulation at this time removing the noose from Crypto markets and turning a 48 hour downturn on its head.

Carney’s influencing opinion does not eliminate the possibility for regulating cryptocurrencies in the future. He points out the risks involved in cryptocurrencies and suggests that they should be monitored as they evolve. However, he adds some optimism at a very important period to the tumbling market, as major social media platforms, like Facebook, Google and Twitter, announced a ban on cryptocurrency advertisements. We could expect that post-G20 outcomes could further appreciate the prices of Bitcoin and other crypto-assets.