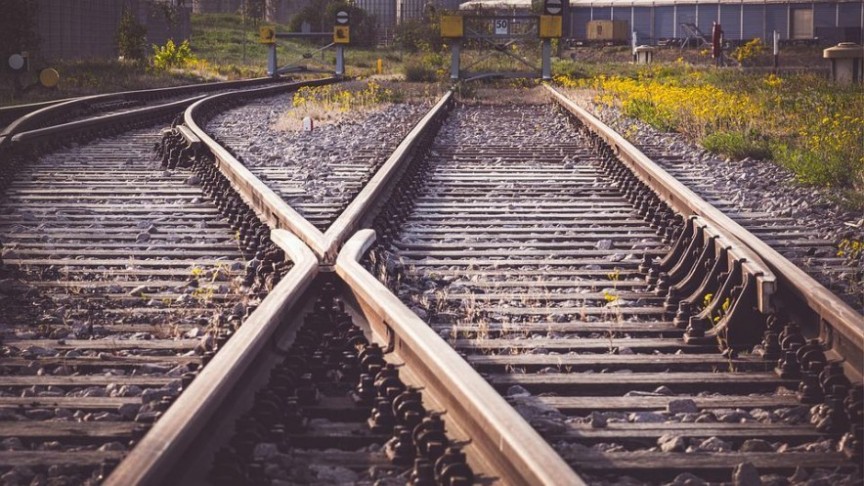 Blockchain developers are preparing to activate the network’s “merge,” which will unite two coexisting parts of the Ethereum network. Here’s what the event means for those who use the popular blockchain and its ETH cryptocurrency.

The Mainnet and Beacon Chain Will Merge

Currently, Ethereum transactions are handled on the Ethereum's "mainnet," which has been developed continuously since Ethereum 1.0 first went live in 2015.

Later, Ethereum developers began to develop Ethereum 2.0 in parallel with the older mainnet. The project took its first real steps toward this goal with the activation of Ethereum 2.0’s beacon chain, which went live in December 2020.

Right now, the beacon chain handles staking in a limited capacity, while Ethereum’s mainnet handles transactions. The merge will unite these two parts of the network, meaning that Ethereum’s main transaction layer will rely on staking for the first time.

Proof-of-Stake Will Be Fully Introduced

After the merge, Ethereum’s mainnet will rely on proof-of-stake to process transactions. Under this model, users who stake ETH in a contract have a chance to participate in block validation, with that chance based partially on the amount staked.

In every 12-second "slot," one validator is selected randomly to propose a block. Additionally, a committee of validators is randomly chosen to determine the proposed block's validity. Validation also involves incentives and penalties ("slashing") to prevent network attacks. Broadly, those who stake more ETH will earn greater rewards.

Proof-of-stake is already used by various other blockchains including Cardano, Solana, TRON, and Polygon. Though these are not identical to Ethereum in every way, their success has proven that proof-of-stake is a viable approach to security.

Staking has other practical advantages. It requires very little energy, and participants do not need to own specialized computer equipment. It also caters to all users: those with 32 ETH (~$55,000) and technical skills can run their own validator node, while smaller investors can quickly stake through exchanges and third-party services. It will also make the Ethereum blockchain more efficient and attractive for dApp development.

Currently, Ethereum relies on proof-of-work, or “mining,” to validate transactions. The merge will make proof-of-work mining obsolete on Ethereum.

Under proof-of-work, individual participants compete using specialized ASIC devices to solve mathematical problems and win the right to validate or mine a block of transactions. This is the same process that Bitcoin continues to rely on.

Those who have invested in Ethereum mining equipment can still use those devices on other chains that use the Ethash algorithm, such as Ethereum Classic (ETC), Etho Protocol (ETHO), Metaverse Entropy (ETP), and the upcoming fork ETHPoW.

However, there is no guarantee that those altcoins will continue to be profitable for cryptocurrency miners. In fact, ETHPoW’s price appears to be falling despite support from cryptocurrency exchanges such as Poloniex and MEXC Global.

Ethereum’s merge was once expected to reduce the chain's expensive transaction fees or "gas fees." In theory, staking could be more efficient than mining, as it could build a larger network of validators. The increased throughput could reduce fees.

However, this is not necessarily the case. The Ethereum Foundation clarified that  misconception the week of Aug. 18. It wrote that transaction fees are the result of "network demand relative to the capacity of the network" and said that the merge will "not significantly change any parameters that directly influence" this.

Instead, Ethereum developers are now focused on making Ethereum more scalable and efficient through a technology called "rollups" on Layer 2 of the blockchain. Developers add that the introduction of proof-of-stake is a "critical precursor" to this goal.

The Merge Is Set for September

Ethereum’s merge is scheduled to take place on or around Sept. 15, according to the Ethereum Foundation. However, this date has a margin error of one week.

A trial run for the merge has already been carried out on Ethereum’s Goerli testnet. That test took place on Aug. 10 and will help the real upgrade go smoothly.

After the merge, development on Ethereum 2.0 will continue with a new feature called "sharding" scheduled for 2013. This feature will improve Ethereum’s ability to handle more activity by relying on multiple individuated chains.

Beyond that, Ethereum’s future is unclear. Much of the blockchain’s appeal comes from its ecosystem of third-party applications, such as decentralized finance (DeFi) services, decentralized apps and games (DApps), and NFT collections.

As such, those third-party projects could take center stage in the future as the project completes the latest stage of its upgrade to version 2.0.