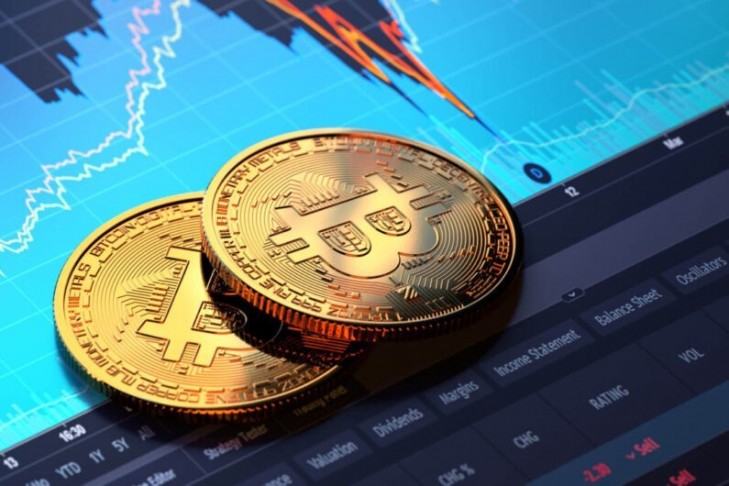 The Bitcoin price slumped by around 8% in the last week and was trying to hold the $40,000 level on Monday. Russian tensions are still dragging on the market with separatist fighting getting increasingly hostile. BTC saw a low of $57,215 on the day but recovered to the $38,800 level.

Despite the negative price action there was positive news in the form of JP Morgan becoming the first US megabank to enter the metaverse. The bank has opened a virtual “Onyx Lounge” in the Decentraland world. The project is hosted on Ethereum and is one of the early metaverse entrants. 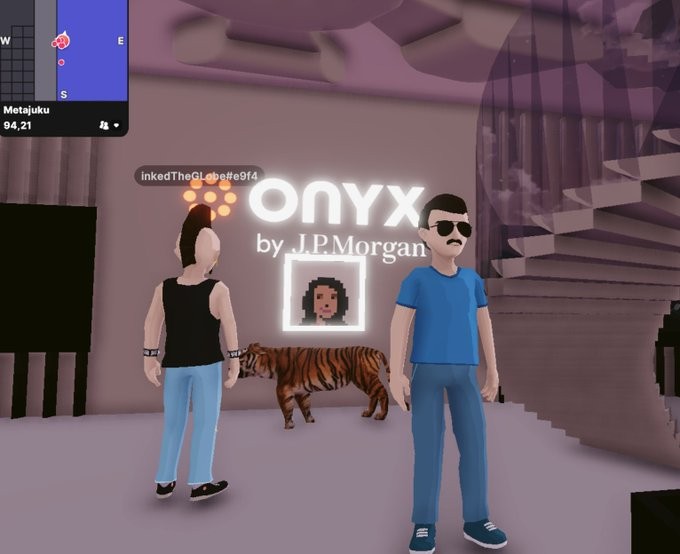 JP Morgan released a paper stating their intentions for the virtual landscape and said that the metaverse could be a $1 trillion opportunity.

The metaverse is booming in popularity and the piece of digital land that hosts the JP Morgan bank was bought by a developer last year for $913,000. The Mall will host virtual events and JP Morgan will look to extend its services of credit, mortgages, and rental agreements to the digital realm.

Rival investment bank, Goldman Sachs, has made a bigger prediction by saying that the metaverse market will grow to $8 trillion.

In other geopolitical events this week, Canada froze the cryptocurrency accounts of some entities that were funding the so-called Freedom Convoy. Ethereum’s co-founder Vitalik Buterin described the Canadian government’s actions as “dangerous” and said:

If the government is not willing to follow the laws ... [and] give people a chance to defend themselves...and they just want to talk to the banks and basically cut out people's financial livelihoods without due process, that is an example of the sort of thing that decentralized technology is there to make more difficult.

Banks, financial service providers, and crypto exchanges were authorized to freeze or suspend accounts associated with the trucker convoy without any court order and without civil liability.

Bitcoin is trying to get back above $40k on Monday but a further escalation in Russia risks the coin dropping to $30k.

Shiba Inu was one of the biggest losers in the market last week with a 12% drop. Recent news saw the project also moving into the metaverse with the launch of virtual real estate.

Shiba Lands will be available for "purchase/auction really soon," the developers wrote in a blog post. Additionally, Shiba Inu is working on a queue system designed for the Shiba Lands sale.

This queue allows exclusivity by requiring interested parties to hold 'LEASH', which gives priority and exclusive access to this first selling phase of the land plots in our Metaverse.

The price of THETA also took a hit in the bearish market with an 18% loss for the week. THETA saw highs of around $18.00 a year ago but has since slumped to only $3.00.

The project has seen a new partnership with smartphone giant Samsung, where the S22 phone and S8 tablet will be shipped with a commemorative NFT from Theta Network.

The NFTs will also come with "ongoing membership benefits and privileges," according to CEO and co-founder of Theta Labs, Mitch Liu.

Theta Labs is the team running the crypto-native video streaming service called THETA.tv which is being aimed at esports and video streaming. The latest NFT drop with Samsung is also expected to bring new users to the Theta NFT marketplace, ThetaDrop.

The Klaytn project and its KLAY token was the only gainer in the top 50 last week with a 4% improvement. Klaytn Foundation is a non-profit entity in Singapore that supports the service-centric blockchain platform.

GMO Internet Group will utilize the blockchain technology know-how we have accumulated so far and will look to further expand the possibilities of blockchain," said Ken Nakamura, chair of the cryptocurrency business committee at GMO Internet Group.

The partnership of the largest internet company in Japan with one of the largest tech companies in Korea is one that encompasses a shared commitment to building new and open digital economies, and offering a digital corridor to both marketplaces through the Klaytn blockchain.

KLAY shrugged off the bearish market sentiment well and has the potential to move higher this week with resistance at the $2.00 mark.