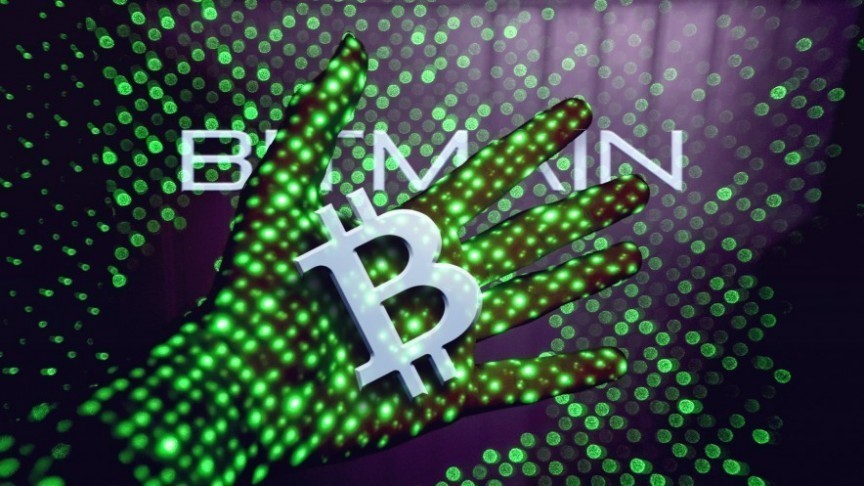 More Bitmain controversy as DST Global follows in Tencent and SoftBank's footsteps denying its involvement in Bitmain’s pre-IPO funding round.

More clouds have rolled in surrounding the Bitmain pre-IPO funding round. After initial reports suggested major investment firms such as SoftBank and Tencent were contributing to the funding round, Cointelegraph reportedly received an anonymous tip claiming that neither Tencent nor SoftBank were related to the Bitmain IPO at all. The reports were later confirmed by both Tencent and SoftBank. Now, another reported investor, this time DST Global, is denying its involvement in the Bitmain IPO.

Bitmain, the world's largest cryptocurrency mining conglomerate, ultimately plans to launch an Initial Public Offering (IPO) on the Hong Kong Stock Exchange this September, which the company hopes will boost its value to approximately $30 billion. However, in the wake of these conflicting reports, many questions are yet to be answered about the value and intentions of the company.

The saga began on August 4, when the Chinese QQ news outlet reported the successful closing of the Bitmain pre-IPO funding round, which included notable participants, such as the Chinese tech conglomerate Tencent and the Japanese firm SoftBank.

By August 8, the news had spread to media sources around the globe, such as Business Insider and Yahoo! Finance, who reported that Bitmain had reached a value of $15 billion, after raising $1 billion in the pre-IPO, with funding from Tencent and SoftBank.

Before alleged investors even began denying involvement, questions were raised in the crypto community about Bitmain's transparency. On August 13, Blockstream’s CSO Samson Mow uploaded two images on Twitter claiming that Bitmain had intentionally distorted its financial situation by not disclosing its Q2 reports to the pre-IPO investors in order to hide the fact that Q2 had been disastrous for the firm. 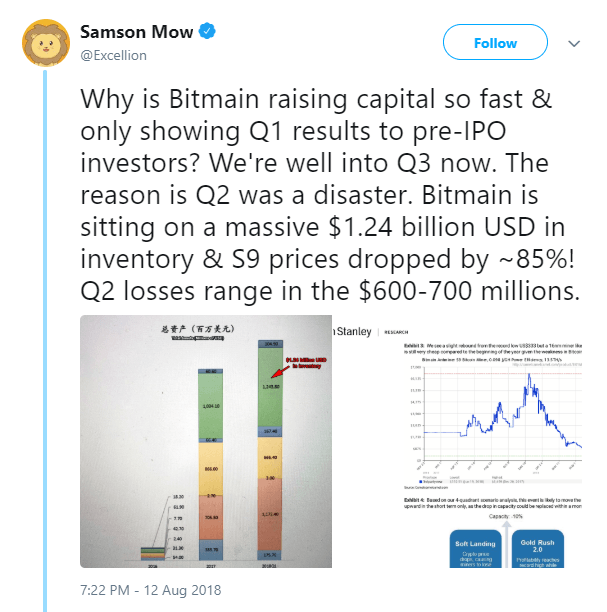 Initial Investment Reports Were Then Debunked

Then, on August 18, in response to an anonymous tip, Cointelegraph followed up with SoftBank to clarify whether the firm had really been involved in the pre-IPO. The response from Kinichi Yuasa of SoftBank’s Corporate Communication Office left little ambiguity,

Shortly thereafter, Tencent denied involvement via a statement to Coindesk, in which a spokesperson said the company “is not involved in the investment,” and therefore, “the news is not true.”

Now, a third major reported investor claims they were never involved. DST Global, a Hong Kong investment firm, had allegedly participated in Bitmain’s Series B funding round in June at a stage when the crypto mining-hardware manufacturer had managed to raise $400 million.

In an email, John Lindfors, managing partner at DST Global denied all indications of the firm’s participation in the pre-IPO as an investor,

I can confirm that DST has never invested in Bitmain.

Reaction from the Community and the BCH Saga

On Twitter, the crypto-community has largely responded to the saga with hostility toward Bitmain. While many in the community are of course disturbed by the allegations that Bitmain claimed to receive investments from companies who claim the opposite, there is yet another twist in the tale. Rumors have also circulated about Bitmain having a dubious relationship with Bitcoin Cash. Alongside the rumors, many are also calling into question the viability of a Bitmain investment given how much they have tied their fate to Bitcoin Cash after having converted much of their BTC holdings to BCH.

As of press time, Bitmain has not commented on any of the accusations. Many in the community have publically demanded that its representatives speak up and provide adequate explanations. Until then, the company's IPO plans will likely be shrouded in uncertainty.