Blockchain Technology Is Eradicating the Illicit Trade of Blood Diamonds 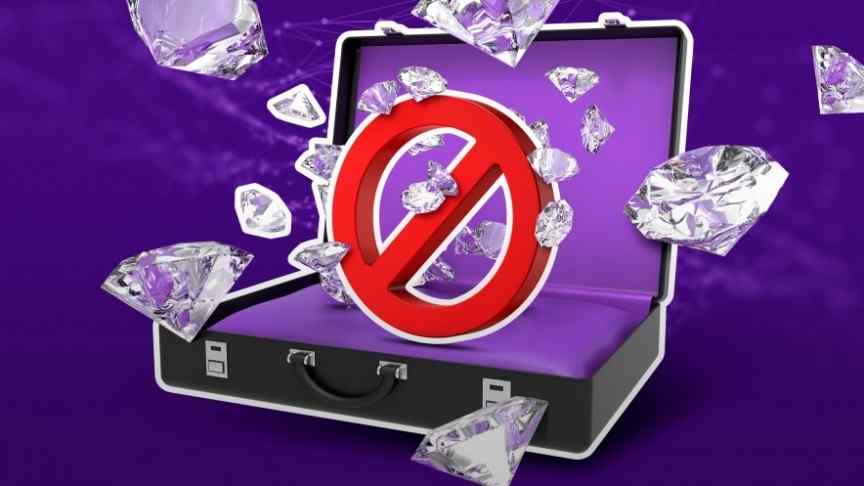 Blockchain Technology Is Eradicating the Illicit Trade of Blood Diamonds

After exhausting all options to eradicate the illicit trading of blood diamonds, the diamond industry has turned to blockchain for a solution.

A Failed Crusade against Blood Diamonds

A nearly 20-year-long global crusade against blood diamonds seems to have failed spectacularly. Blood diamonds, aka conflict diamonds, continue to be mined in war zones, often on the back of forced or child labor, only to be used by militias, armed rebels and even government-backed troops to fund violence against civilian populations. Africa, home to 65% of the world’s diamonds that make up an $81.4 billion-a-year industry, is central to this conflict.

Efforts have been made to curb this illegal practice; a UN General Assembly resolution in 2000 formulated the Kimberley Process, an international scheme to track diamonds while enforcing their standards and certifications. Falsification and tampering of documents, besides other semantical loopholes, have rendered that process effectively useless, as is widely observed in Sierra Leone. A UN panel declared that $24 million worth of diamonds had been smuggled out of the Central African Republic from 2013-2015, after a ban had been imposed for funding a genocidal war. An NGO reported that armed groups raise up to $5.8 million a year by trading conflict diamonds.

Issues Faced by the Industry

In an era of widespread supply chain transparency where even a $4 latte provides information on the provenance of the coffee beans, there is no reason why luxury goods like diamonds shouldn't offer traceability and verification proofs. Such is the degree of complexity in diamonds that even experts fail to identify their origin purely by looking at them. Once a diamond is cut, there is believed to be no scientific or technical way to trace where they came from, making blood diamond laundering a fairly easy task. Thus, their traceability from the mines becomes all the more critical. Experts understand that a packet of diamonds changes hands on average 8-10 times in the country where they are mined, to add to another 8-10 times in the country of export until it reaches its final destination. There is also the issue of synthetic stones being passed off as diamonds nowadays.

Increased public awareness of the issues around blood diamonds, not in the least due to the motion picture by the same name, has played its role in pressuring the diamond industry to commit to responsible and ethical sourcing. Millennial consumers want guarantees about environmental impact, fair labor practices, and sustainability and are not afraid to pay a little more as long as they receive reassurance.

Blockchain technology provides the perfect use case for the diamond industry to eliminate blood diamonds. A decentralized ledger can trace diamonds right from the mine to retail. A unique digital fingerprint - using digitized attributes and a digital passport - identifies each diamond and builds up its reputation. Blockchain’s immutability ensures records are permanent and cannot be changed, thereby effectively becoming a certificate that authentically records the entire journey of diamonds. Decentralization brings greater transparency as it helps customers verify the provenance of their diamonds by letting them check for aberrations in the publicly accessible tracking chain. This ledger becomes a single version of verifiable truth by holding information about the origin, trail of ownership, and processes undergone by the stone. It can even help law enforcement agencies as it records the stone’s travel and transactional history, guarding against duplicitous behavior. Furthermore, the use of smart contracts that facilitate sale, insurance policies, registered rights, financing and transport of diamonds can be used to authenticate and prove business agreements and relationships. This effectively makes blockchain the diamond industry’s supply chain dream.

A Look at The Market

Several companies have already employed blockchain based solutions to solve the diamond industry’s supply chain woes for good. Everledger was founded in May 2015 in London to track the provenance of diamonds and other valuable products using blockchain technology. It constructs a diamond’s unique ID using over 40 features such as color and clarity and has digitized over 1 million diamonds thus far. The work has been so well received that Barclays decided to partner up with the 20 person company. Next in line for Everledger is an anti-counterfeit database that will flag stolen stones when they try to re-enter the system, which will also be a blessing for the insurance industry.

What we will be able to say is that these minerals have come from a mine in Colombia, where they were shipped to India to be cut and polished, and combined in a bulk container and transferred to a wholesaler in Switzerland, and from there they were sent to multiple retailers in the UK and Canada. And we’re tracking every single movement of these stones around the world and know exactly where they are going.

Tech giant IBM has been developing its own global blockchain collaboration called TrustChain. Various leaders across different precious metals and stones industries form this initiative which will be used to track and authenticate their assets across the global supply chain, from start to finish, by putting physically documented provenance on the blockchain. This product will likely be available to consumers in certain retail stores by the end of the year. Earlier this year, Canadian diamond company Lucara Diamond acquired a blockchain platform called Clara Diamond Solutions, that determines the provenance of diamonds.

The world’s largest producer of diamonds De Beers, which held over 90% of the world’s diamond supply for the greater part of the 20th century, tested a pilot project in January by tracking 100 high-value diamonds along its entire value chain using a blockchain platform called Tracr. Their unique “Global Diamond ID” logs characteristics such as carat, clarity and color to differentiate each individual diamond. They believe that Tracr will increase visibility, trust, efficiency across the value chain while providing asset traceability assurance in a way that was hitherto impossible. The South Africa-based company will launch their offering later this year, after having partnered with 5 leading diamond manufacturers: Diacore, Diarough, KGK Group, Rosy Blue NV and Venus Jewel.

Blockchain technology has already had a sizeable impact on the supply chains across all sorts of industries, including technology, manufacturing, retail, and even food. Walmart has teamed up with IBM to trace lettuce from the farm to shelves using blockchains, which are also being deployed to track poultry, cattle and beef shipments. The elimination of blood diamonds using DLT marks yet another effective real-world application of the emerging technology. Blockchain’s end to end traceability enhances transparency and efficiency, which makes it ideal for supply chain management.