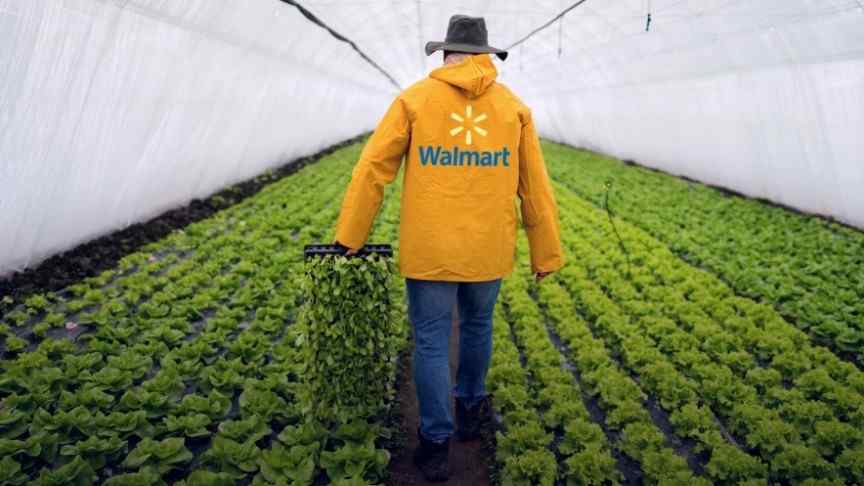 Walmart, in an effort with IBM, will use blockchain technology to trace lettuce from the farm to shelves. Suppliers will have a year to conform.

Retailing giant Walmart has revealed that it intends to partner with IBM to use blockchain to prevent the spread of E.coli in contaminated lettuce. The company, which is investing heavily in blockchain, sent a letter titled ‘Food Traceability Initiatives’ to its product suppliers, informing them how blockchain can be used to improve food traceability, by tracking food from the farm to retail shelves.

Over the past 18 months, Walmart has piloted new technology in collaboration with numerous suppliers and IBM and we have demonstrated that meaningful enhancements to food traceability is possible. Using the IBM Food Trust network that relies on blockchain technology, we have shown that we can reduce the amount of time it takes to track a food item from a Walmart Store back to source in seconds, as compared to days or sometimes weeks.

Walmart will work closely with suppliers to help them implement the new technology. To that end, they will be releasing seminars and documentation demonstrating implementation strategies.

With over 210 people in 36 American states having been affected by E.coli in 2018, Walmart hopes that Distributed Ledger Technology can greatly reduce the time it takes to respond to any outbreaks since end-to-end farm to warehouse data will be stored in a central repository accessible to all.

Frank Yiannas, VP of Food Safety at Walmart, refers to an outbreak of E.coli that likely originated from Yuma, Arizona as an example of a situation that could have been mitigated,

None of the bags of salad had ‘Yuma, Arizona’ on them. In the future, using the technology we’re requiring, a customer could potentially scan a bag of salad and know with certainty where it came from.

Walmart Attempting to Pave the Way with Blockchain Technology

Food traceability is a well-recognized use case for blockchain and several efforts have already been launched. IBM is particularly active in this area. Walmart has previously collaborated with IBM and China’s JD.com to launch the Blockchain Food Safety Alliance. Another popular effort is Provenance, which uses blockchain to track tuna from the moment it is caught to the point it reaches customers with the goal of ensuring food safety, reducing illegal labor, and avoiding overfishing.

Walmart is no stranger to blockchain, having applied for several patents beyond food tracing applications. These include patents for energy distribution, payment and customer behavior systems, and an ambitious plan for using robots for shipping.