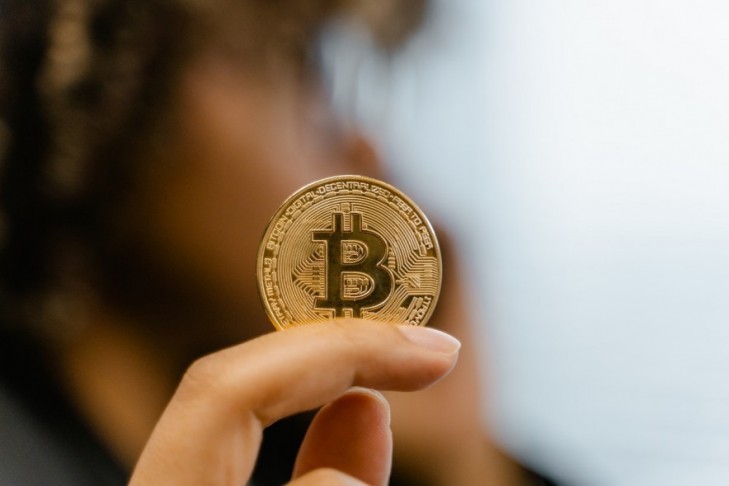 Binance Coin was up 22% this week on news that the company had committed $500 million to Elon Musk’s recent Twitter acquisition.

“Our intern says we wired the $500 million 2 days ago, probably just as I was being asked about Elon/Twitter,” Binance CEO Changpeng Zhao said, jokingly, in a tweet.

Binance had said that it would join the investment team of Twitter back in May, alongside 18 other investors that included Sequoia Capital Fund and Fidelity Management. The largest investment came from Oracle founder Larry Ellison, with his Trust putting up $1 billion for the Musk-led acquisition.

Binance’s founder confirmed their investment last week as Mr. Musk began his leadership of the social media company. That has traders excited about the potential for the future, and it obviously opens the door for Binance wallets and the smart chain to play a part in the new business model. In previous comments, the crypto exchange's founder said:

We're excited to be able to help Elon realize a new vision for Twitter. We aim to play a role in bringing social media and Web3 together in order to broaden the use and adoption of crypto and blockchain technology.

Patrick Hillman, Chief Strategy Officer, said, “People have overestimated the current bear market’s potential to impede widespread adoption of crypto. There is no bear or bull market for web3, the tech that underlies crypto."

However, it is still speculation that crypto will be anything meaningful on the Twitter platform. In a collection of text messages released as part of the Twitter litigation, Musk initially discussed using blockchain to promote free speech and reduce spam on social media, only to say later that “blockchain Twitter isn’t possible”.

The rally in Binance Coin has also helped the company shrug off a recent $570 million hack of the smart chain.

Binance Coin is trading at $331, which marks a solid recovery from the lows at $260 in mid-October. BNB can push above this level for further gains in the days ahead.

Dogecoin was the best-performing crypto asset of the week, with a 100% gain as the market rebound coincided with Elon Musk’s Twitter takeover.

Traders speculate that Mr. Musk will bring some form of Twitter utility for the world’s largest meme coin.

Coinglass reported that more than $261 million was liquidated over a 24-hour period. However, the largest liquidation was seen in DOGE due to the Twitter news. Elon Musk arrived on his first day at the social media giant carrying a kitchen sink. The prop was in reference to the fact that he had thrown everything else out. Top executives have been fired, and it has been speculated that he will fire up to 75% of the company’s workforce.

Whale Alert reported that more than $18 million worth of Dogecoins were transferred from multiple whale wallets to different crypto exchanges in the last 24 hours. However, the largest transaction record by the tracker has been of moving almost 100 million DOGE to Binance.

That may not be a good sign as whales normally move their holdings to exchanges when they want to sell, and maybe they want to take advantage of a short-term doubling in price.

At present, Dogecoin is still in meme territory, and the acceptance of the coin on Twitter is purely speculation for now. The price of DOGE now trades at $0.112 with a market capitalization of around $15.4 billion.

Ethereum was 22% higher this week for the largest gain in three months, which is related to the recent improvement in tokenomics and the Musk news.

Bitcoin only managed to create an 8% rise, and this may be because of the previous reversal of Tesla’s decision to accept BTC payments for its cars. Investors are likely seeing that Bitcoin will have the door closed on any Twitter developments.

Ethereum made the technological upgrade from a Proof-of-Work (PoW) model to Proof-of-Stake (PoS) on 15 September. That has led to a huge drop in the energy usage of the blockchain, but it has also improved the supply and demand outlook.

Since the switch, Ether's supply has increased by 1,300 tokens. The net-supply increase would have been more than 481,000 had the blockchain continued to use the PoW mechanism.

Ether's net issuance, also known as annualized inflation rate, has declined from 3.6% to nearly 0%, falling below bitcoin's 1.7%, according to data sourced from ultrasound money.

Meanwhile, data from blockchain analytics firm IntoTheBlock shows ether's net issuance has actually declined below zero. In other words, ether has turned deflationary – a coin with supply decreasing over time instead of increasing. That's at a time when investors worldwide are facing a shortage of assets that could protect their money from rampant inflation.

The price of Ethereum now trades at $1,620 and has gotten back above a recent key uptrend line. Holding that will be important if ETH wants to push higher to the $1,800-2000 levels.