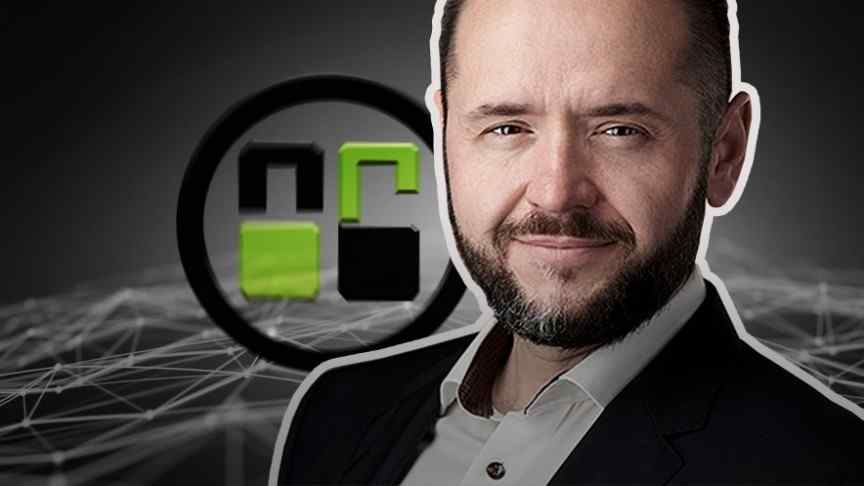 A decade after 2008 financial crisis, crypto and blockchain may be the safest bet against traditional economies and lending systems.

Ten years ago, the United States faced its biggest financial crisis since the Great Depression of 1929. In the decade leading up to 2008, housing prices in America were rising beyond control to unprecedented highs. As a result, most people looking to purchase property turned to banks for loans, which the credit industry began issuing without much consideration. Financial institutions even disbursed loans to subprime borrowers, or individuals with questionable credit, at low interest rates.

Needless to say, the housing market began to show signs of collapse by mid-2006, which only compounded month by month. When lending companies began filing for bankruptcy, it became increasingly clear to the U.S. Federal Reserve that a real crisis was on hand. The damage, however, had also spread far beyond the confines of the housing industry. Hedge funds and financial institutions were estimated to be holding over $1 trillion in subprime mortgage securities.

Even though governments attempted to bail out bankrupt companies initially, several were ultimately forced to close their doors permanently. The tipping point, however, was reached September 15, 2008, when the global investment firm Lehman Brothers filed for bankruptcy.

A few months after Lehman Brothers filed for the biggest bankruptcy case in U.S. history, Satoshi Nakamoto unveiled Bitcoin to the general public. The first block mined, also known as the genesis block, included the following text, “The Times 03/Jan/2009 Chancellor on brink of second bailout for banks.” Since the text clearly referenced the front page of the Financial Times, it is widely believed that Nakamoto intended cryptocurrency to be a hedge against future financial crises.

Ten years later, blockchain technology has turned out to be a valuable resource for many applications other than cryptocurrency. To learn how it can potentially prevent an encore of last decade’s financial collapse, we spoke to Csaba Csabai, who is the founder and CEO of blockchain startup Income Locker, or INLOCK.

INLOCK is a company focused on building a crypto-backed lending platform. Prior to this, Csabai worked at the Hungarian commercial banking company K&H Bank for ten years. He also co-founded SaveAs in 2001, which offered a Digital Leakage Protection service called EagleEyeOS and was later acquired in 2007.

We took advantage of Csabai’s extensive experience in the finance sector by asking him a few questions. Below are his responses:

Before we dive in, tell us a bit about yourself. You have quite a strong background in the fintech industry, right?

Right. I worked for K&H Bank (the second largest Hungarian bank, a subsidiary of the Belgian KBC bank) for 10 years. Prior to that from 2001, I was one of the founders of SaveAs which developed Digital Leakage Protection called EagleEyeOS - which earned quite a reputation in the CEE region.

Some would say you’re a serial founder. Are you still involved in any of your older projects?

EagleEyeOS is still actively beging developed and is present on the market, but I exited the company in 2007 during a successful acquisition. Apart from that, I'm involved in a non-profit organization that aims to educate the public about Blockchain and Cryptocurrencies in general. My personal mission is to raise awarness about both the advantages and the potential risks within the industry.

Is INLOCK your greatest achievement to date?

INLOCK is still in its early stage - I truly believe that the solution my team and I are building will create a link between the traditional banking sector and the world of blockchain. This will help adoption advance and ease up the tension between the two - while providing a service that is much needed.

If you could have dinner with anyone in the world, who would it be?

My lovely girlfriend of course :) However, on a professional level I would say, Nick Szabo, who is my personal blockchain hero - I can not disclose too much, but I think it will probably happen soon!

Given your extensive expertise in the banking industry, what are some of the biggest factors that you think contributed to the collapse of Lehman Brothers in 2008?

It was actually a similar phenomenon to what happend last December in the crypto sector. People often forget that there is no such thing as constant growth. It's a shame that a well respected financial giant like Lehman Brothers could overlook pretty much all warning signs. Years before the fall of Lehman, banks were packaging bad loans into AAA contracts, and passed them on to other banks - it should have been obvious, that eventually at the end of the chain there would be one last bank who would not be able to pass these loans on to anyone else and collapse under the pressure of bad loans. That was Lehman.

Could the Lehman Brothers’ drastic and sudden decline be seen as an opportunity for change?

People are often able to learn from their mistakes since they have to deal with the consequences. After the financial crisis, very few prosecutions were brought against bank managers. The banks were bailed out left and right. It would be a false hope to rely on them to change on their own. Similar to Lehman's bankruptcy, many EU banks found themselves in a similar situation. Governments spent billions of euros to save them. But now if you look closely you can see many similar conditions to 2006 everywhere - cheap loans are given with close to 0 coverage -- and banks are trying to loan out a tremendous amount of money resulting from quantitative easings.

In your eyes, do subprime mortgages and lack of collateral transparency continue to be a major problem to this day for banks and financial institutions? What measures, if at all, are being taken to improve the situation?

As long as the right of money-printing is a privilage exclusive to commercial banks, and they influence regulation through lobby activities they are not directly motivated to change.  As we continue to see, time and again, most of them will be bailed out if they fail over and over again. Too big to fail, remember?

Considering we’ve been observing an inverting yield curve for the past few months, do you believe a recession is imminent? How will something like that affect the lending/finance industry?

Recession comes in cycles. If too many unsecured loans are being given out, the industry is bound to collapse eventually. Lending is always needed.  Of course during a recession the total value of loan disembursement shrinks, but modern economies usually come back stronger than before - given that the governments/regulators are willing to make the hard decisions whether the public consent is there or not. During the crisis of 2008, governmets were much more stable-- this gave them more options and maneuverability. If another global crisis hits the World in the next 2-3 years the consequences will be much more severe as governments burned many of their options the last time. To answer your question specifically: if one takes the time to analyze the W.D. Gann's Financial Time Table the answer is unfortunately yes.

Are cryptocurrencies and blockchain technologies gradually becoming a viable alternative to traditional economies?

Cryptocurrency is probably the next logical evolution in the world of finance, however, there are many fundamental financial products that are still missing and we have to develop them first to reach mass adoption. We also must consider the question of whether cryptocurrencies will be able to transition from being viewed as a speculative asset class only. Blockchain technology itself is not meant to undermine the global financial system - cryptocurrency is just a use case of blockchain but far from being the only one.

Why do you think major players in the debt and lending industry should be looking at the crypto asset class?

Cryptocurrencies are a $2-300B asset class and I think it would be a mistake for them to ignore it any longer. Even if the crypto industry is volatile it always has value. Moreover, it's value can be determined instantly and there is a global consensus about it. It can be liquidated instantly; it involves literally zero cost to store - to me it sounds like the perfect collateral class that they were looking for!

At INLOCK, how does your platform solve the problem of cryptocurrency volatility in the time frame between loan issuance and repayment?

We designed a trustless environment for collateral management, and we managed to solve the secure storage of collateral in a multi-sig wallet while creating the ruleset that controls all the events regarding when it can be opened. The collateral manager party acts as a guarantor for the loan. He terminates his OWN crypto according to the contract parameters and repays the loan instead of the borrower. If the termination is legit then he is eligible to receive the asset from the multi-sig wallet. This way we can manage any volatility events and guarantee that the loans are being paid back in all cases. The effects of volatility are on the borrower, however, this can be mitigated, because in our system the borrower is able to choose the LTV ratio that he is comfortable with, thus controlling the level of risk taking.

How does INLOCK manage to provide fiat liquidity to its borrowers?

INLOCK does not interfere with the FIAT movement. Instead, the platform acts as an intermediary between the banks and borrowers ensuring that the latter receives the best terms at all times. This is achieved by market competition between the banks - in return the banks are provided by new customers, short returns and profit through interest rates.

Why do you think crypto-based collateral is more effective and less risky than the existing types?

Do you think INLOCK can increase control and transparency of collateral for lenders?

Absolutely, the current state of the collateral can be monitored in real-time, plus smart contract controlled multi-sig wallets guarantee an even playing field for all parties.

After working in the banking sector for several years, what features of cryptocurrency convinced you to create Income Locker?

Being active in the crypto space for many years, I saw that there was a clear demand for our services, but there are currently still no viable solutions on the market. When I mentioned the lack of services blocking mass adoption before, collateral based lending is a perfect example to that.

I would like to thank you for the opportunity to have me here today, I'm truly interested in seeing what the future of crypto holds for all of us - as the community matures we will see many great use cases for Blockchain that we can't even think of today.