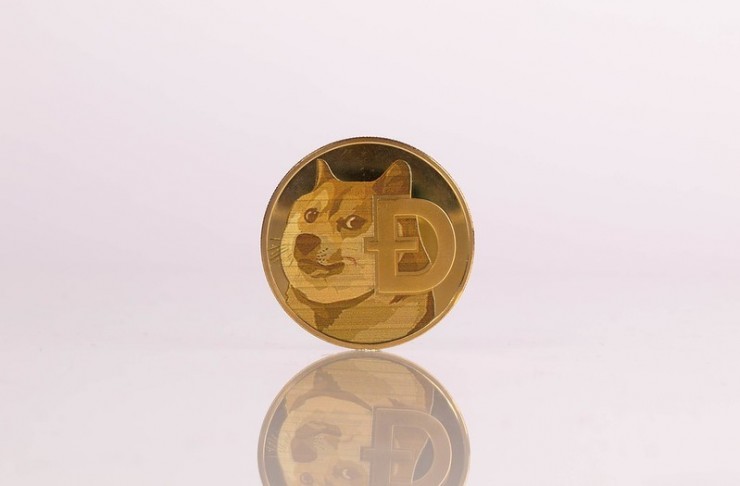 Dogecoin is one of this year’s most notable cryptocurrencies. Year-to-date, it has risen in value by more than 13,000%, placing it among the seven largest coins by market cap. Here’s what you should know about Dogecoin, its future potential, and its risks.

Dogecoin was created in 2013 by Billy Markus and Jackson Palmer. It began as a joke based on the widespread internet meme "doge", which featured a Shiba Inu dog.

Although Dogecoin was originally created as a joke, it borrowed Litecoin’s code, which allowed an active network of users to mine the coin and confirm transactions.

That chain of events drove Dogecoin's price from $0.02 to $0.07 over the course of January. By April, Dogecoin reached an all-time high of $0.69. As of June, DOGE’s price has fallen to about $0.35—an amount still above its starting price.

Who Is Backing Dogecoin?

Though Dogecoin’s price gains seem to have been largely coordinated by cryptocurrency investors, its success has helped it gain legitimate adoption.

Elon Musk of Tesla and SpaceX has become one of Dogecoin's biggest backers. Musk’s tweets in January 2021 contributed to the coin’s earliest rise. He has also announced that SpaceX will operate a Dogecoin-funded mission, and Tesla appears to be looking at Dogecoin as a less power-hungry alternative to Bitcoin.

Finally, the major cryptocurrency exchange Coinbase has announced that it will list Dogecoin for trading. Trading went live on Thursday, June 4 on Coinbase Pro, and trading on Coinbase.com's retail app will begin at a later date.

According to Cryptwerk, there are approximately 1,400 merchants, exchanges, and payment processors that accept Dogecoin as a means of payment.

What Are Dogecoin Clones?

Dogecoin’s success has given rise to a number of “clones” that attempt to capitalize on the memecoin’s success. The most notable Dogecoin clone is Shiba Inu (SHIB), which has maintained its place among the top 35 largest cryptos despite controversy.

Many of these projects decided to use a specific strategy to drive up prices. Developers sent a portion of each coin’s supply to the cryptocurrency account of Ethereum creator Vitalik Buterin under the belief that he would not sell the coin. By removing coins from circulation, the projects expected their value to go up.

Will Dogecoin Prices Continue to Rise?

Dogecoin has been widely criticized. In addition to its rapid and likely unsustainable price rise this year, critics have drawn attention to several other issues.

Changpeng Zhao, CEO of Binance, has noted that the Dogecoin supply is concentrated; the top 20 addresses hold more than 50% of all DOGE, while one address holds about 27% of all DOGE. Meanwhile, Cardano creator Charles Hoskinson has suggested that further price gains could attract regulatory intervention.

Others have criticized Elon Musk’s participation. Dogecoin creator Jackson Palmer has called Musk a “self-absorbed grifter.” Elsewhere, late Dogecoin developer Sporklin suggested that Musk "has come to play with Dogecoin for years on social media" and that people have “tried to turn that into something it is not.”

Regardless of those concerns, it seems that Dogecoin’s price has stabilized, and it remains to be seen whether future surges or crashes will take place.