EOS Is a Go, Takes the Final Step to Publicly Launching Its Mainchain 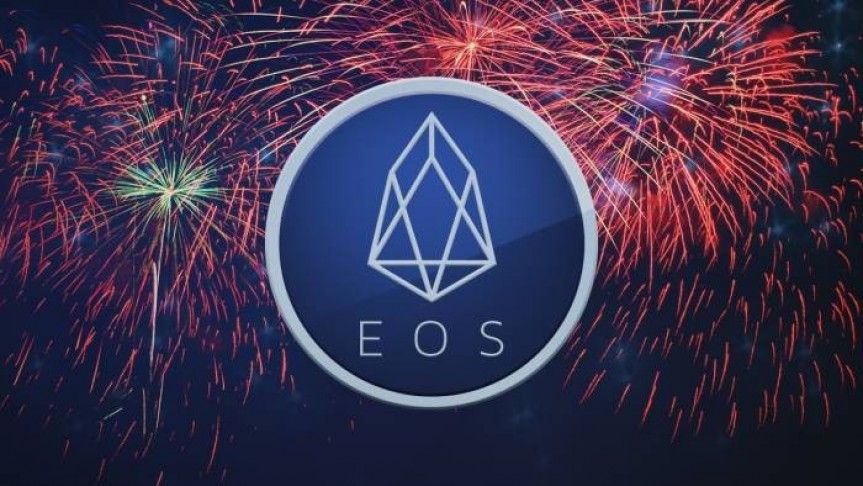 EOS Is a Go, Takes the Final Step to Publicly Launching Its Mainchain

The EOS network can finally go live as more than 15 percent of all coin holders have staked their coins to elect 21 block producers.

Described by its developers as Ethereum’s biggest rival, the EOS network is all set to go live. According to protocol, EOS needed a minimum of 15 percent of its total token circulation to be staked by users before electing its 21 block producers. As of June 15, 2018, more than 177 million EOS coins had been staked, greater than the minimum requirement of 15 percent. The 21 elected block producers will now be responsible for validating transactions on the network and uploading them to the ledger.

How EOS Aims to Solve the Ethereum Scaling Problem

Block.one brought forth the EOS ICO in June 2017 and managed to raise $4 billion over the course of the token’s sale period. While the blockchain platform it challenges, Ethereum, was meant to be a currency as well as a platform for creating dapps, the network has struggled to cope with the occasional rise in transactions. Cryptokitties, a game built on the Ethereum blockchain, grew so popular that it took longer than usual for normal transactions to be completed. Transactions on the Ethereum blockchain are processed by all nodes and only then added to the chain of transactions. As a result of this scaling issue, the network can only handle up to 15 transactions per second.

On the other hand, EOS has 21 elected block producers to validate transactions. The logic used here is that if a transaction has to be validated by a fewer number of nodes, it can be executed faster. The EOS network promises to execute thousands of transactions each second. Until recently, the EOS digital coin was placed on the Ethereum blockchain as most other tokens. However, the smart contracts were migrated to the EOS blockchain when it was finally developed.

A recent study indicated that the top 100 account holders of EOS own 75 percent of the coins. These so-called ‘whales’ may not have participated in the early days of the block producer voting process. This may have been one of the reasons why the network could not go live at an earlier date. Some of these large EOS holders seem to have staked their coins more recently, as evidenced by the sharp spike in the number of votes.