Erik Voorhees Argues that Bitcoin is the Currency of the Future 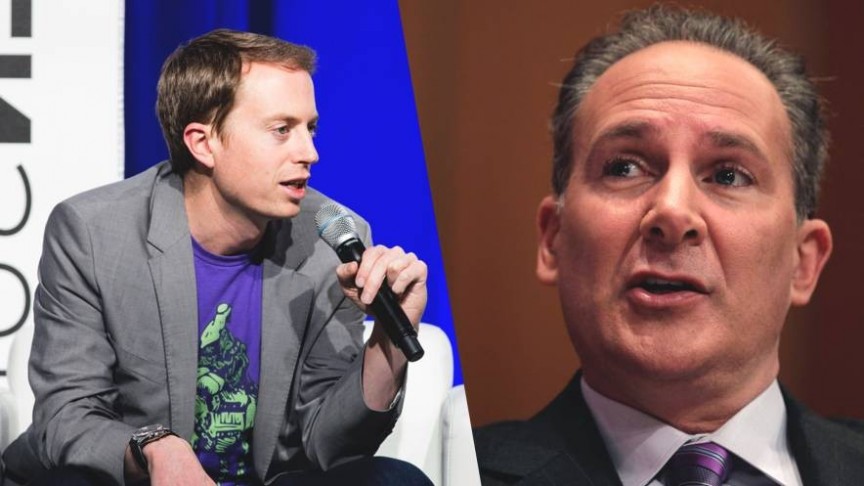 Erik Voorhees Argues that Bitcoin is the Currency of the Future

Soho Foundation recently hosted a debate between Erik Voorhees and Peter Schiff on whether cryptocurrencies could replace fiat currency.

The potential for cryptocurrency to eventually replace fiat currency has become a major point of contention in the financial community. To unpack the arguments for and against, Soho Forum organized a debate on crypto's future in New York on July 02, 2018 pitting Erik Voorhees against Peter Schiff.

Voorhees, the Coinapult cofounder, supported the argument that cryptocurrency will replace fiat as a primary source of payment while Schiff, a known Bitcoin critic, and the Euro Pacific Capital CEO, rejected the notion.

After moderator Gene Epstein introduced the two speakers to the audience, Voorhees was invited to speak first. He began his speech by stating,

Bitcoin or a similar form of cryptocurrency will eventually replace government fiat as the preferred means of exchange.

Voorhees described cryptocurrency as "good money" while calling fiat currency "bad money". He went on to argue that fiat currency will soon become irrelevant. Bitcoin, he stated, can be subdivided into 100 million smaller units and is also more durable. Digital currencies exist on a blockchain and are more secure than paper currency.

Voorhees also made light-hearted jabs at critics who argue that digital currencies lack any intrinsic value, saying, "Fiat is backed by paper and can be burned in winter. There is intrinsic value. Try that with gold.”

During his rebuttal speech, Peter Schiff replied by calling Bitcoin a "fool's gold", which lacks any real intrinsic value. He pointed out that more than 1,500 cryptocurrencies have been launched so far, each basically the "same as Bitcoin but with just a different name."

Schiff also pointed to the fact that cryptocurrency transaction costs are very high, making it useless for making payments and better suited to speculation.

It costs $60 in transaction fee to buy $5 of coffee. People are buying Bitcoin because they think they are going to get rich as the price goes up because they believe one day it is going to be money. It is not money now. It is being used as a speculative asset.

An audience poll conducted after the debate revealed that 55 percent sided with Voorhees in the belief that a cryptocurrency like Bitcoin will eventually replace fiat currency.