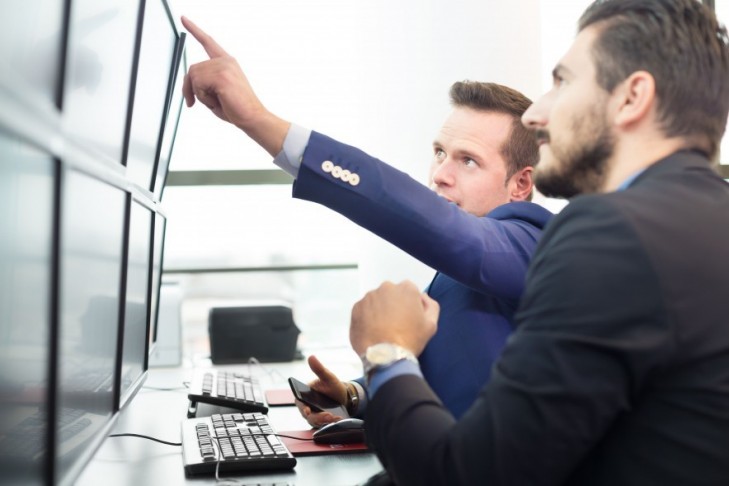 Ethereum was trading back at the $3,000 level after another bearish week for the cryptocurrency market.

The move lower in Ethereum has been driven by reduced appetite for Bitcoin and other risk assets as analysts expect central banks to tighten their easy-money policies.

ETH was outperforming BTC in recent weeks, but as the sentiment turned, it has now seen a sharper unwind.

Google searches for selling Ethereum were up almost 1,000% this week as retail traders got cold feet.

City AM cited data from Payback which said that Google search data showed that online searches for “Sell Ethereum” exploded 972 percent in the UK in one day.

A spokesperson from Payback Ltd said of the findings:

Whilst the cryptocurrency market is often volatile, this surge in interest to sell Ethereum is concerning for those who are still invested. This drop will undoubtedly coincide with the announcement of new regulations from China as well as Tesla’s U-Turn to accept Bitcoin as currency, causing a ripple effect across the entire crypto-market.

Ethereum saw a low for the week at $2,987 and a small bounce towards $3,200 failed to produce further gains.

Bitcoin saw its longest slump since 2018 with the coin lower by 10.5% over the last seven days.

The market cap of BTC was trading above $1 trillion recently but has dropped to under $800 billion.

One enthusiast who sees a near-term bottom is billionaire crypto investor Mike Novogratz. Speaking to CNBC, he said:

"I know big institutions who are going through their process to put positions on. They're going to see those as attractive levels to buy."

"Crypto assets are at the furthest end of the risk curve," tweeted Krüger, adding that since they had profited from the Fed's "extraordinarily lax monetary policy," it should suffice to say that they would suffer as an "unexpectedly tighter" policy shifts money into safer asset classes.

Bitcoin is now a macro asset that trades as a proxy for liquidity conditions. As liquidity diminishes, macro players now in the fray sell bitcoin, and all of the crypto follows.

"Most market participants expected higher rates, less accommodative monetary policy, but when you look at the fed funds implying a 90% chance of a hike in March, on New Year’s Eve that was just 63%."

Launched in 2009, the world’s most valuable cryptocurrency celebrated its 13-year birthday last week.

Fantom saw another boost in transactions this week as the layer 1 blockchain surpassed Avalanche this week. Layer 1 blockchains are those such as Ethereum, Fantom and Solana that can support products and services on their networks.

More than 1 million transactions were processed on the Fantom network this week, compared with 728,000 transactions on Avalanche, research from Delphi Digital found. Such transactional activity on Fantom was previously seen in September, data from blockchain trackers show.

Capital has been moving to yield farm on Fantom with high yields on stablecoins of around ~30-60% APR,” Delphi Digital analysts said.

Interest in Fantom has increased after Daniele Sestagalli and Andre Cronje – developers who have built projects that locked billions of dollars on Avalanche, Ethereum and Fantom – announced a new partnership for a project that will operating on Fantom.

US payments giant PayPal Holdings has reportedly confirmed its intent to launch a stablecoin named PayPal Coin. The development of an in-house stablecoin was first exposed in the source code of Paypal’s iPhone app by developer Steve Moser.

We are exploring a stablecoin; if and when we seek to move forward, we will of course, work closely with relevant regulators.

Da Ponte also noted in a November interview that PayPal has “not yet seen a stablecoin out there that is purpose-built for payments.” According to the company, a stablecoin should support payments at scale while ensuring the security of the network.

“There would have to be clarity on the regulation, the regulatory frameworks, and the type of licenses that are needed in this space.”

A PayPal stablecoin would add further competition in the market, where Tether is the market leader with a capitalization of $78bn, according to CoinMarketCap data. USD Coin is second with a $43bn valuation, while smaller rival Terra has a $10bn.

PayPal currently has over 400 million active accounts as of the second quarter of 2021.