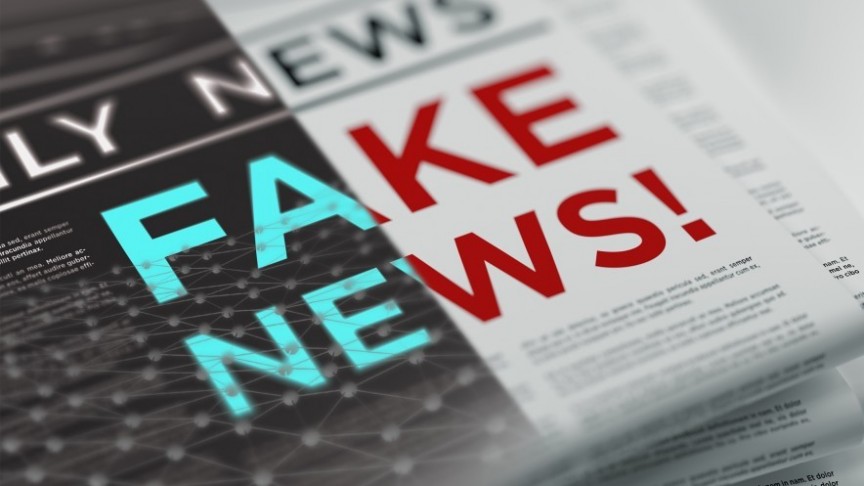 Blockchain promises a democratic approach to solving the fake news menace by offering incentives to content creators and consumers.

Fake news is perhaps the definitive cultural phenomenon in media and politics of the last few years. Much of the attention has been directed at social media giants Twitter and Facebook, which have been widely panned for their platforms inadvertently becoming cesspools of disinformation. Besides finding himself in front of a special inquiry in the United States Congress, Facebook CEO, Mark Zuckerberg has been the target of enormous criticism as a result of Facebook's well-known use for the dissemination of false information. In response, Facebook has been looking for solutions with numerous media companies and government agencies to improve technology and to define the role of social networks in filtering information.

For its part, Google announced on March 20, 2018, that it was taking the fight against fake news extremely serious. At an event with The Financial Times and Washington Post in New York, the search engine giant pledged to eliminate false news stories from YouTube and search results and focus on news from only credible sources. Google also said it would create a Disinfo Lab with First Draft News to fight fake news during major events as well as working with Stanford University and the Local Media Association to teach media literacy to kids.

In an age where social media is the main source of information and news for most people, fake news has become a massive problem. Unsurprisingly to those familiar with the potential uses of blockchain, tech startups are now coming up with blockchain-based solutions to filter out deceptive stories and verify information. In this feature, we look at how blockchain can be used to authenticate news sources in much the same way it authenticates the origin of transactions on the Bitcoin network, potentially solving the problem of fake news. We then look at some of the startups that are proposing solutions.

The Problem with Commonly Proposed Solutions

In the current open publishing system, digital publishers can’t control the content that makes its way onto their platforms without resorting to censorship or using community monitors, which, as Facebook, Twitter, and Google have learned, puts them on the chopping block. Perhaps more insidious, publishing platforms are actually incentivized to spread fake news because it tends to be more popular and the digital publishing climate tends to favor popularity over quality.

Some proposed solutions for fake news include improved algorithms and media literacy classes. Improving algorithms to detect and eliminate false stories essentially puts the onus and accountability on the social media platforms, which, again, not only puts them in an awkward censorial position but also risks jeopardizing their intellectual property rights by forcing them to reveal how their algorithms work.

Media literacy is about equipping people with the knowledge, skills, and competency to critique media and spot fake news. While digital literacy is obviously an important aspect of any solution, the problem is that you cannot effectively measure its success, nor ever hope to stay ahead of the curve unless the proliferation of fake news is slowed down.

The trouble with both of these approaches is that they don't address the reason people spread false information in the first place. They don't eliminate the incentive behind spreading it. In the current climate, fake news gets attention, which encourages people to spread it.

How Can Blockchain Fix Fake News?

As a proposed solution, several startups are looking at ways to introduce a trustless system using blockchain. Many of the proposed blockchain-based solutions for fake news are aimed at eliminating the incentive to spread it by incentivizing the opposite: the spread of quality, verified news. They achieve this by leveraging token reward systems wherein writers can earn tokens for producing quality articles, advertisers can pay tokens directly to the users to enhance their visibility, and readers can both earn tokens for verifying articles, and tip writers for quality content. In short, users will be able to verify news credibility and be rewarded for doing so via a tokenized economy, much like a DApp on the Ethereum blockchain. Authors of verified content and advertisers will also be rewarded for creating useful content.

When an author posts on a blockchain-based news channel, readers can like, share, or flag articles and generate reputations for the author or source, such that writers with better reputations get more readership, and receive bigger rewards. Authors of fake content would, in theory, be downvoted and lose their readership. All the stories published on a blockchain platform are encrypted using smart contracts such that they can't be altered by a third-party and are shared on a peer-to-peer network.

As the appetite for verifiable truth in internet media increases, blockchain technology can provide a fresh information ecosystem by introducing the power of decentralization.

Tom McGerevan of Civil, a startup that has proposed a blockchain-based verifiable news network says,

We see in crypto economics the possibility of decentralizing this package, stripping it down to the relationship between readers and journalists/producers, reducing the cost base for these basic services and freeing it from incentives that match the interests of third parties but not citizens or readers or journalists.

Some Startups Intent on Solving the Problem

Part of the reason fake news thrives has to do with social media sites allowing readers’ likes and engagement to dictate what content achieves trending status. As a result, bots can easily manipulate the likes and other engagement metrics irrespective of the content’s accuracy.

UserFeeds proposes a system that goes against the “trending” content consumption model. They are developing a transparent and auditable network that works on ranked algorithms that rely on the exchange of digital tokens as an indicator of the quality or worthiness of information.

UserFeeds’ plan is to reward content integrity with economic incentives. Every piece of content is tokenized so that the path of its online movement among readers is supported by a verifiable, publicly accessible digital record. The system holds content creators accountable for the veracity of their content from the moment it lands on the distributed ledger.

To deal with the fake news menace, Adblock plus has created a browser extension that uses blockchain technology to identify fake news items and alert users. The extension, dubbed Trusted News, aims to assist users in identifying inaccurate information and fake news. As of now, Trusted News is only available for Chrome users.

The Trusted News database is the brainchild of Eyeo GmbH and is secured by the decentralized Ethereum blockchain. It depends on third-party fact checkers like Wikipedia, Snopes, Politifacts, and Zimdars’ List to classify news sources as reliable or mischievous. It comes with a new protocol and mechanics that involve a reward system for user submission and feedback using MetaCert tokens to track rewards and prevent bad actors from destroying or manipulating data.

Civil is a startup that plans to launch a platform to tackle fake news by vetting journalists and weeding out lies, false reports, and alternative facts.  Its creators describe Civil as a “decentralized marketplace for sustainable journalism.” They intend to use blockchain technology to sanitize the publishing industry. The concept is about using a decentralized system to check the authenticity of an author’s report.

The solution to this broken system is an entirely new economy where advertisers—and the platforms that enable them, like Google or Facebook—are cut out, and journalists are free to publish directly to readers.

Civil is a system in which users and content creators buy and sell news using the CVL token. Readers use it to buy content and writers get paid with it while, at the same time, the system uses a token curated registry to vet journalists. Participants using the model participate by taking a stake of CVL Tokens. Anyone who files a claim against another user for ethic violations wagers tokens on the claim and risks losing them if their claims are unfounded. The risk of losing tokens is intended to help eliminate frivolous reports.

Civil is planning to launch an ICO later this year to sell their CVL cryptocurrency.

The European Commission, in a recent press release identified blockchain as part of its strategy for the Code of Practice on Disinformation, which it plans to introduce by summer 2018.

The document describes blockchain as among the, "emerging technologies which are changing the way information is produced and disseminated and have the potential to play a central role in tackling disinformation over the longer term."

The European Commission believes blockchain can provide transparency, reliability, and traceability of news on the internet and that they can combine the distributed ledger technology (DLT) with other identification processes. The systems will ensure high-value content gets rewarded, which eliminates the need to adopt the taskmaster approach of threats and sanctions. Blockchain has the potential to thereby change the narrative among governments by empowering community members to self-regulate the industry out of teh incentive of reward.

Power to the People

Blockchain introduces a transparent, auditable, and immutable system that encourages responsibility and accountability among content creators. Crowdsourced ratings and tokenized incentives will remain a motivating factor to encourage discipline among content creators while offering community members a chance to control the information they receive. Instead of taking the authoritative approach of censoring content from above, blockchain provides the potential for a more wholistic, democratic approach that includes both news creators and consumers.