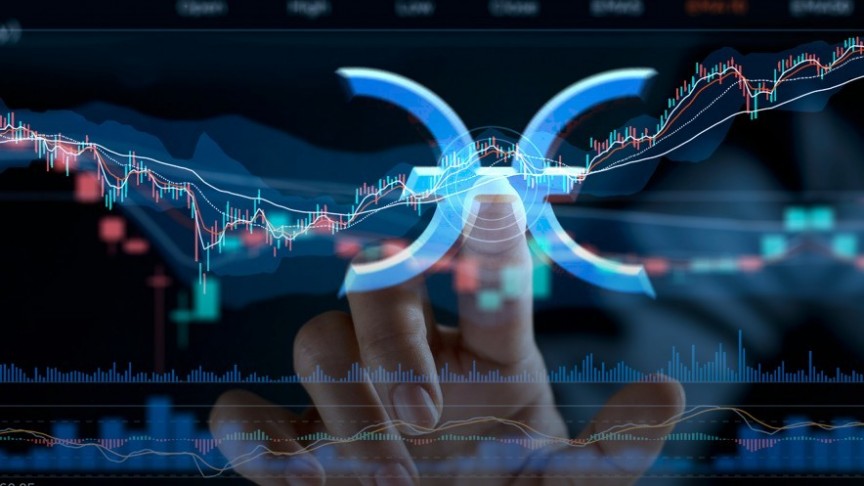 Holo is a computational platform for distributed social applications that leverages the highly modular Holochain framework as the design space.

This is the first article in a 2-part series on Holochain, a unique social dApp. In the second article we will introduce Ceptr, the underlying architecture of Holo, and review some illustrative examples of Holochain applications and discuss the rich expressive capacities they offer, as well as look at Holochain in the context of distributed applications such as Ethereum and IOTA.

The Medium is the Message. / Marshall McLuhan

As distributed systems are making their way from the fringe into the mainstream, popularized by blockchain ledgers following Bitcoin, a number of different architectures and models of structuring distributed applications are emerging. One of the biggest gainers lately is Holo (HOT), the first Holochain-based application that held an ICO (Initial Community Offering) earlier this year. Holochain is a post-blockchain approach and a framework for distributed applications that does away with global consensus (which, by definition, doesn't scale) on a system processing level and utilizies Distributed Hash Tables as the public space instead (similar to BitTorrent).

Originally deriving from the MetaCurrency project, Holochain is the baseline foundation of Ceptr - a distributed operating system designed to bootstrap a semantic, mashable and fully decentralized Internet. Ceptr (from Receptor) and Holochain share a number of conceptual similarities with IOTA, in that both aim at designing a framework for evolving complex adaptive systems in a networked global nervous system. However, architecturally the two are fundamentally different.

While IOTA is in essence data-driven, Holochain employs an agent-centric approach in a lightweight biomimicry-based framework inspired by how living systems form and organize in nature. User autonomy in Holochain is built directly into the architecture with each Holochain application being its own separate social space.

Holochain combines hashchains for immutable data integrity and timestamping from the node's point of view. This social style mechanism of validation and alignment has also been taken up by DAOstack in their holographic consensus as a way to organize and scale governance on the blockchain itself. A Holochain application itself consists of a set of participating agents maintaining their own, unique source chains (or ledgers) of transactions paired with the shared space of validating, sharded distributed hash table in which every node enforces the validation rules of the given application within its specific context.

Distributed Hash Tables In Place of a Monolithic Blockchain

A distributed hash table (DHT) is a kind of distributed coordination mechanism organized around lookup of key/value pairs in hash table mappings stored by participating nodes (similar to a distributed NoSQL). This makes DHTs capable of scaling to an extremely large number of nodes, efficiently handling continual node arrivals, departures, and failures. One distributed data structure closely resembling DHT is hashgraphs – a type of DHT that serves as a mechanism for forming global consensus about the ordering of events based on latency, or sequence of gossip between nodes (i.e., using gossip about gossip, while blockchains just pick one answer discarding the others).

DHTs, however, if stripped from requiring global consensus, can be applied to form the blueprint and infrastructure for generalized computing system allowing for the expression and composition of more complex services and social applications, and cooperatively running decentralized applications without the consensus bottlenecks of the more rigid blockchain engines. Importantly, such setting also naturally does away with the speculative aspect of tokens as gambling chips since applications are that way fueled by their usability and actual application.

So, instead of thinking of Holochain as a “better” blockchain or alternative to, it should rather be understood as a system of user-defined git-like repositories, where every user can publish, share, synchronize and merge his (or parts of it) in a BitTorrent-like DHT and where each participant monitors, verifies and validates only what directly concerns them.

As a base platform, Holochain has no native currency that fuels it and Holo is the economic component that leverages the holochain framework to the mainstream. Holo is neither a coin nor a token (although presently HOT is an interim ERC-20 coupon), but an asset-backed currency representing the computing capacity of devices on the network. So, instead of burning computational resource on proof-of-work mining, users can earn Holo fuel for sharing extra space and computing power to host apps for others (with specifically customized HoloPort made available as well).

Similar to the concept of fog computing (e.g., IOTA), Holo takes the hosting of sophisticated social applications out of centralized data silos and to the edges of the Internet and the devices themselves ("the crowd becomes the cloud"). Holo fuel functions within the cryptographic fabric of standardized double-entry accounting where both parties sign and countersign their transactions and record them in their respective chains, and each transaction is validated by the involved peers on a shared DHT.

As the first Holochain application, Holo aims to provide the tools that would enable rapid application development and testing (in commonly used, familiar languages like Python and JavaScript), giving everybody, including less technical people and non-professional developers, the ability to prototype their ideas with ease and deploy distributed applications that have the potential to evolve and form networks of users and communities around them. It also enables the creation of bridges between other applications (like having different, but overlapping chains for each DApp where a node or agent that runs two different apps is capable of translating between them).

Holo fuel is valued in computing units: processing time, bandwidth, and storage. As the number of hosts increases, the mass of their computing power stabilizes valuation. Hosts set their own prices for the computing power and capacity they provide which will tend toward stability when averaged across a large ecosystem of servers distributed across the globe. Because fuel also incentivizes participation, it brings along the infrastructure and resources needed to sustain itself.

Holochain's agent-centric ontology is a unique proposition and something that has quietly been in the making for more than a decade (preceding both Bitcoin and Ethereum). The Holo ICO has stirred up a lot of interest, especially among DApp developers and the Ethereum community. Mozilla has expressed their interest in building a browser for Holochain that provides easy access to composable Holochain applications (the ability to combine multiple applications in a single user interface).

In the next article, we'll give some illustrative examples of Holochain applications, their basic structure, the ecosystemic biology-inspired approach to how applications are organized in such a way that it allows for easily creating bridges and semiotic chains between them and the rich expressive capacities it offers. We will also talk about some of the strategic partnerships formed throughout the year and how Holochain compares to both Ethereum and IOTA in the context of distributed applications.

This is the first article in a 2-part series on Holochain, a unique social dApp. In the second article we will introduce Ceptr, the underlying architecture of Holo, and review some illustrative examples of Holochain applications and discuss the rich expressive capacities they offer, as well as look at Holochain in the context of distributed applications such as Ethereum and IOTA.