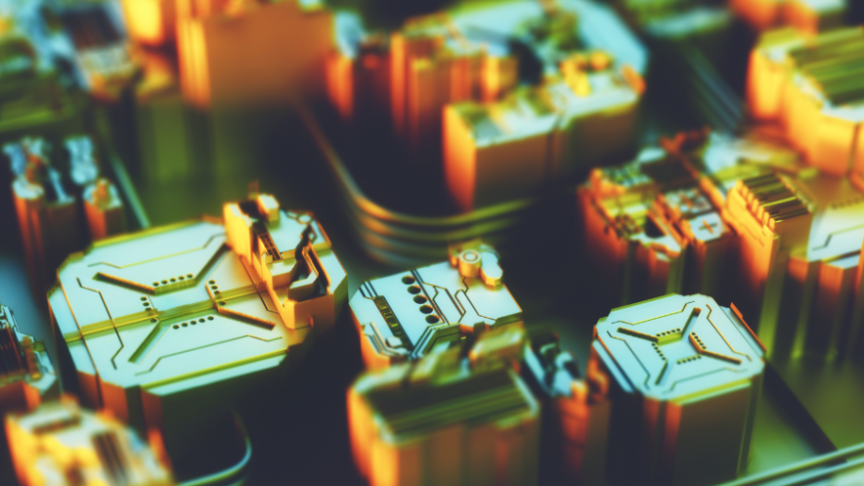 Before knowing how blockchain has simplified online trading, we need to define the blockchain system, its history, and how it works? A blockchain is a system through which bitcoin and other cryptocurrency trading are possible with a peer-to-peer linked system. There is no central authority over the system.

The people run the system instead of a central institution or government. It is based on peer-to-peer or person-to-person transactions. There is no need for a third party, middle man, or government to ensure the transaction. There is also no need to find the personalities of both seller and buyer. They can sell and buy commodities online without knowing or seeing each other.

The History of Blockchain

The history of blockchain is not that much older than any money system. It all started with a paper published in 2008 titled "Bitcoin: A Peer to Peer Electronic Cash System." The paper was written by a pseudonymous man, an organization, or institution (no one knows) named Satoshi Nakamoto. From then onwards, it was adopted quickly, first by renowned individuals and then by recognized institutions. Ever since then, it has never looked back.

Ways through which Blockchain simplified the world of online trading?

Blockchain has simplified trading and transaction on so many levels. The most important part of this blockchain system is that it is immune to any hacking or fake entries. Additionally, it does not require any central authority with the help of which the trading is made. Also, this blockchain is protected by a complex and robust algorithm.

Following are some of the ways the blockchain has simplified the world of online trading.

Trading without any third party

In a traditional way of trading, you would need a third person to do trading. That third person might be a government or private institution, or a bank. While on the other hand, in blockchain technology, you do not need any such kind of third party for trading. A person sitting in Japan can buy or sell a portion of bitcoin or any other cryptocurrency from a person in America without any middle person being involved.

So it becomes effortless when you trade with a person without any instruction from a middle man. You would buy and sell the way you want. Additionally, the traditional way of trading is vulnerable to being hacked or rubbed. You would not have any other option but to rely on the bank's backing to restore your information or money.

On the other hand, if your account is hacked in cryptocurrencies, all assets cannot be taken away; there would still be some portion of the currency left in the blockchain because it is designed in that way.

No need to reveal the identities

In a traditional way of trading, you have to give the names of both trading parties. So when there is some issue in the future, they can be traced back. But in cryptocurrency trading, you do not need to show your identity to anyone. You can buy or sell cryptocurrencies with the help of a blockchain system while being anonymous. You just need to give your wallet address to the second party involved in the trade.

But if there arises a need the reveal the identity for some reason, the blockchain has this unique feature that can trace back through the person. So the concept of theft or rubbing vanishes in the blockchain system, thus providing the best way of trading online without any fear.

At the end of the 2000s, very few people used blockchain systems for trading, and no country had legalized it. But in 12 years span, it has been used by more than 300 million people, 1800 businesses, and more than 100 countries are using the central bank digital currencies.

Different countries have made their exchanges for trading cryptocurrencies. Indian traders have WazirX, Americans have Coinbase, Singapore traders have Binance, and a new platform Bitcoin Loophole allows online trading as well.

With the blockchain system's simplicity in online trading and its security, many institutions and countries are adopting it rapidly.