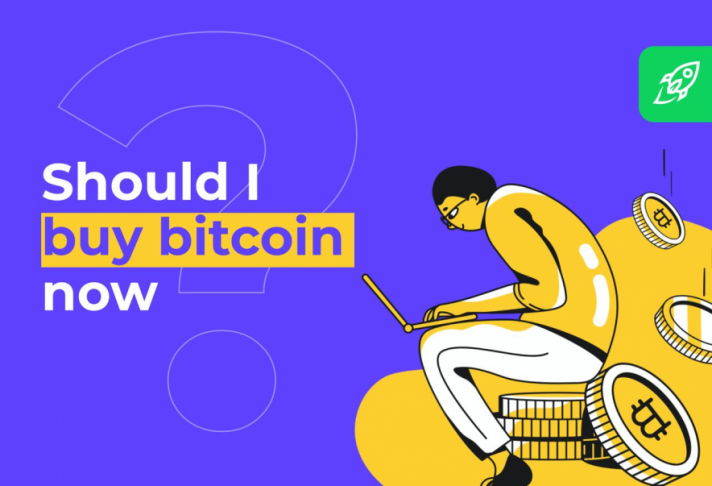 Analyzing its short-term volatility and looking at the long run, we’re trying to find out whether ‘buying’ is a good choice right now.

Should I Buy Bitcoin Now?

Unsurprisingly, Bitcoin has been experiencing highly volatile action in 2021. The cryptocurrency has become associated with an increasingly higher number of institutional investors – Tesla, Microstrategy, etc. We continuously see bigger players converting their cash reserves into Bitcoin to hedge against their other assets. More regular people enter the race and just purchase Bitcoin.

Why Is Bitcoin Falling in Price?

While there are many factors in play, one of the most talked-about is the “Elon Musk Effect”. Tesla Inc. has stopped selling its products for Bitcoin for the time being. The reason was the environmental effect of cryptocurrency mining. Shortly after the announcement, the price started to fall down.

In a recent tweet, Elon Musk shared that Tesla would “suspend vehicle purchases using Bitcoin”. And not only mining but also BTC transactions themselves are leading to increased use of fossil fuels. Since Tesla’s mission is to limit such impact, the decision makes sense.

This change doesn’t negate the fact that BTC has a promising future. But the cost may not be worth it for some companies.

As for Musk’s BTC reserve, it’s going to stay intact. He has no intentions to sell his crypto – the suspended payments are the only big concern right now.

While it is very difficult to make accurate predictions in the crypto market, it’s safe to say that an incredibly high number of people still believe in the future of cryptocurrency.

The immediate future of Bitcoin can’t be forecasted as it doesn’t play by the same rules as traditional financial instruments. The biggest crypto influencers may give us an indication of where it’s headed. At the very least, their opinion alone has the power to drive prices in certain directions.

The current Bitcoin sell-off, being a part of normal market dynamics, shouldn’t raise any concerns. Inevitably when coins reach new highs (at least for the year), some investors are tempted to capitalize and sell.

Here are a few arguments in favor of price recovery:

Is It Too Late to Get Into Bitcoin?

Regardless of this year’s uncertainties in price, the long-term story with Bitcoin has not changed. It’s still on its path to uproot many aspects of financial services. It was never characterized by straight-line movements, and seasoned traders are no longer fazed by this. The long-term fundamentals are the same as they have always been - and now they are as solid as ever.

As for the technical perspective, analysts say that Bitcoin shows higher lows as well as higher highs. The trend is unlikely to change as more investors engage in this asset class. Put it against stock markets. If a stock goes through a trend of higher highs and higher lows, it is thought of as a bull. The same intensity of analysis and scrutiny is present in the cryptocurrency world as well.

The crypto industry is developing rapidly. Therefore, it might be a good idea to invest not only in Bitcoin but also in other digital assets like Litecoin (LTC), Ethereum (ETH), or other cryptos with good potential.

Rounding up our thoughts on the falling prices, there might be more buyers in the near future taking advantage of lower prices. Historically, these actions drive prices up.