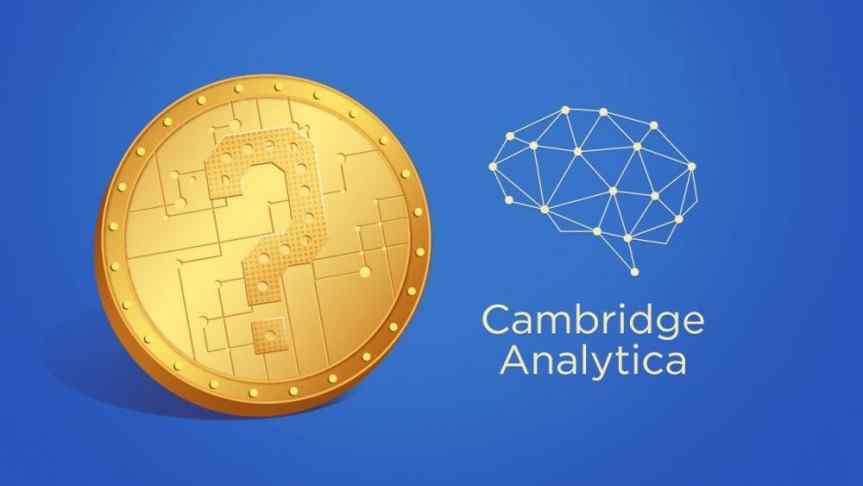 Cambridge Analytica, the now-infamous UK-based Data firm, intended to launch a cryptocurrency and expected to raise USD $30 million in the ICO.

Cambridge Analytica, the UK-based data analytics firm accused of wrongly acquiring the personal details of 87 million American Facebook users, was planning to issue a digital currency, an anonymous source told Reuters. The firm allegedly expected to raise 30 million USD in the ICO. Cambridge Analytica did not confirm the ICO plans but has told Reuters that the firm has previously considered adopting Blockchain technology.

Emails and documents reported by the New York Times confirm that the UK-based elections consultancy firm was among the entities behind the Dragon Coin ICO. Being associated with Dragon Coin is another bad look for Cambridge Analytica. The cryptocurrency, which gamblers could exchange with betting chips for a yet-to-be-built casino, is associated with renowned Macau Gangster Wan Kuok-Koi, who has served a 12-year prison term for money laundering. Cambridge Analytica played a shadowy role in promoting Dragon Coin by promising potential investors an all-expense-paid trip to the extravagant Dragon Coin Launch in Macau.

The Initial Coin Offering venture by Cambridge Analytica apparently began in mid-2017 and was overseen by suspended CEO Alexander Nix along with former employee turned whistleblower Brittany Kaiser. The plans for the ICO were still in their infancy when Nix was indicted in March after the Facebook data leak came to light.

Former employee Brittany Kaiser told Reuters in a presser that Cambridge Analytica wanted to enter the crypto space in order to allow potential users to securely store and sell their personal data, an ironic reversal of the firm's actions with the infamous Facebook data.

“‎The goal was to protect that data from more or less what the ‎company did when it obtained the personal information of up to 87 ‎million Facebook users,” Kaiser said.