Offline Transactions Could Be The Missing Link Between Crypto and Adoption 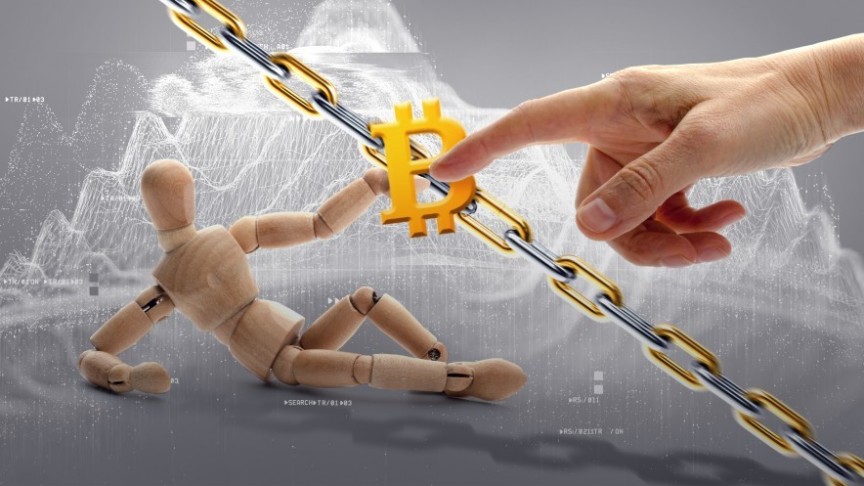 Offline Transactions Could Be The Missing Link Between Crypto and Adoption

In today’s financial ecosystem, cryptocurrencies are redefining how the world views the concept of digitized value. Five years ago, digital tokens were largely unknown, and most financial experts regarded crypto-technology as a radical curiosity. Today, Bitcoin and other digital assets have reached the center-stages of the world’s biggest financial markets, with financial powerhouses like the Intercontinental Exchange, NASDAQ, The Chicago Mercantile Exchange, and many others now developing products and platforms for trading within the digital asset class.

But, digital asset speculation isn't the reason why cryptocurrencies came into existence. When the concept of “cryptocurrency” was first formed, the intention was to create a digital currency, not a digital asset. A trustless tool to enable peers to exchange value freely and efficiently across the globe, without the constraints of government, dynamic monetary policy, or private banking networks.

There are many reasons why Bitcoin and its brethren have not found a use-case as an everyday currency, and most of them stem from a singular problem: Digital assets are nothing like fiat currency.

Sure, physical cash and fiat monetary systems are inherently flawed, and any Satoshi-praising “moonboy” could tell you why — Fiat money is privately owned and centralized. The world’s monetary system is based on a mountain of false trust and ever-inflating credit bubbles. Banks are private institutions that rely on a convoluted and archaic network to verify cross-border transactions, rendering our monetary system slow and incapable of keeping up with the demands of globalization. The list goes on from there.

While digital currencies could potentially solve some of these fundamental issues, there is one aspect of “real” money that cryptocurrencies cannot compete with: The ability to exchange hands without the internet, or a “transport layer”. Without the ease of exchange in the offline world (or “world” as it was known before the advent of the internet), cryptocurrencies can never serve the same purpose as fiat cash, making widespread adoption unlikely, regardless of how ubiquitous the internet becomes.

Why would crypto need to exchange hands offline? Aren’t most transactions in the modern-era digital in nature? Have we not become a cashless society?

In November 2018, the Federal Reserve Bank of San Francisco published a report titled “The 4th Diary of Consumer Payment Choice (DCPC).” This report studied the payment choices of “A demographically-representative sample of 2,800 individuals” to find the most prominent payment choices used by U.S. consumers in 2017 (cash, credit/debit or online payment). Surprisingly, the Fed’s report found “Consumers continue to use cash predominantly for smaller value transactions, with cash being used for 55 percent of payments under $10 and for 32 percent of payments between $10 and $24.99”. It is true that cash payments no longer represent a majority of the total volume of payments in today’s digitized economy, but physical cash and offline credit purchases do play an integral role in our society’s value exchanges, especially for small everyday purchases. 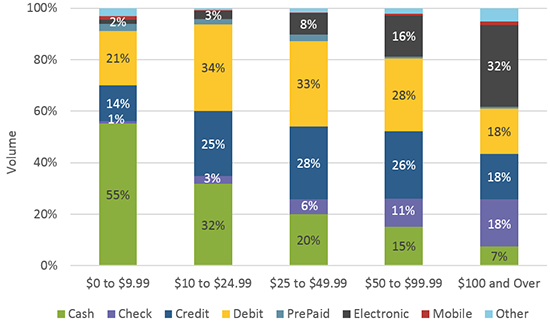 Looking at the DCPC report, one could argue if a cryptocurrency like Bitcoin is ever to become the de facto payment medium of our planet, offline exchanges will be an essential component. At present, there are a few innovative products and services that are attempting to address this issue now. Let’s take a look.

OpenDime is self-described as the “Bitcoin Stick”, and looks to bring Bitcoin into the physical world. The device is a small USB stick that allows you to spend Bitcoin like physical cash. The device can be passed along multiple times before it is “unsealed” by a user who wants to add the device’s Bitcoin to a private wallet for spending purposes. While the product has an air of “gimmicky-ness” to it, it does look to solve a real pain point for Bitcoin.

The OpenDime device is a real-world physical vessel for Bitcoin exchanges and represents one of the first attempts at bringing crypto into the physical world.

But, physical exchanges aren’t the only type of “offline” exchanges crypto needs to facilitate. What about transacting with crypto without a connection to the internet?

For those who don’t know, Nano is a new-generation crypto that uses “block-lattice” technology as opposed to a singular blockchain. This essentially means each account (wallet) is its own blockchain. Nano is considered by many to be the next revolution in cryptocurrency technology, boasting faster transaction times and lower fees than Bitcoin. Perhaps one of the most overlooked advantages of the Nano ecosystem is the ability for senders and receivers to exchange signed transaction blocks offline, albeit with a little technical know how. Reddit User /u/throwawayLouisa offers this example:

You open your wallet, and attempt to send Nano. This triggers your wallet to:

Add an anti-spam Proof of Work

But step 4 fails of course [because you have no internet connection].

So, you open up that signed transaction block (in your wallet's advanced settings) and inspect it. It's just a few lines of text.

You copy and paste [these lines] (or write them carefully onto paper by hand) and, later transport it to another Nano wallet with a connection to a Nano node. (Maybe that's by sending a text message with it, or via Bluetooth to a friend nearby - whatever.)

That person pastes it into their Nano wallet and broadcasts it to the network, which confirms it.

While the above example isn’t user-friendly at this moment, it does show that crypto technology is evolving to accommodate offline transactions independent from online consensus mechanisms. Yes, in the above example, you still have to upload the signed transaction block to the greater Nano network to be validated, but, from the transaction time-stamp forward, the funds are forever guaranteed to belong to the receiver.

But what if no direct connection to the internet exists?

Mesh Networks offer a unique solution to the offline transaction dilemma. These networks consist of a “mesh” of interconnected devices designed to pass data along until it finds an eventual uplink to the internet. The networks use a combination of near-field technologies, like NFC and Bluetooth, along with traditional network devices such as wireless radio dishes, WiFi, and LAN networks.

Capitalizing on the “Internet of Things (IoT)” concept, there are two notable projects under development that use blockchain technology and crypto tokens to incentivize and support the integrity of “self-healing” mesh networks. Both RightMesh and SmartMesh leverage Ethereum’s blockchain technology to create networks of interconnected personal devices (such as smartphones). What’s more, the users on the network are incentivized to create content, or facilitate connections, through the exchange of proprietary crypto tokens. The ultimate purpose of these mesh networks is to create a global network independent of the internet, and this network could be used to facilitate peer-to-peer crypto transactions.

The Sky Is the Limit

As we can see, physical and offline transactions are becoming possible with crypto. Yes, The offline transaction methods do require an eventual uplink to the greater network, but with mesh networks (or any means of sending data, like this example of a user sending Bitcoin via Ham radio) it is already possible to exchange crypto independently of the internet. It's not hard to imagine a not-too-far-off future where accessing the consensus network of a cryptocurrency is as easy as hot-spotting your cell phone, or to imagine reaching into your pocket to pull out a reusable memory stick rather than a fist full of minted coins and bills. Can crypto compete with fiat cash in the offline world? Not yet, but the gap between fiat cash and trustless cryptocurrency networks is getting noticeably smaller.