Will Bakkt Really Be the Biggest Thing Yet to Hit Crypto? 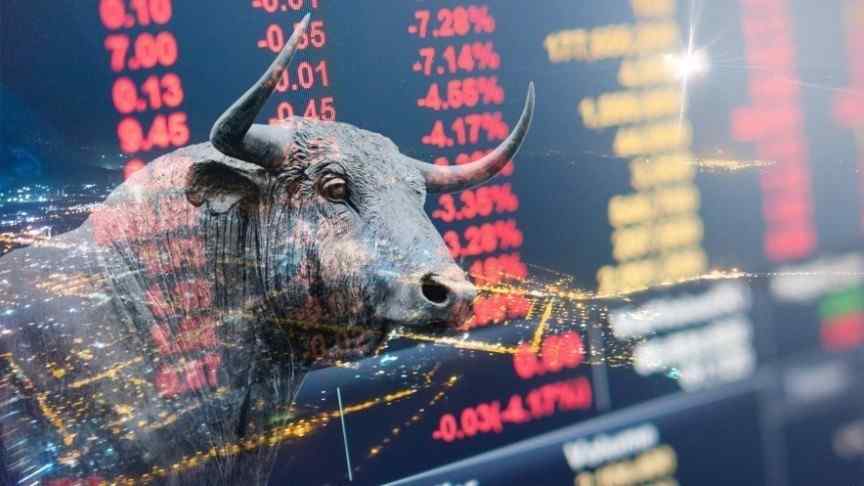 Will Bakkt Really Be the Biggest Thing Yet to Hit Crypto?

ICE's Bakkt launch is right around the corner. After weeks of hype and criticism we ask: is Bakkt really the biggest thing yet to hit Crypto?

In this article, we will explore the Bakkt platform, who is behind it, and the possible impacts of such initiative on global cryptocurrency markets.

What is Bakkt Anyway?

Bakkt (pronounced “backed”) is a blockchain ecosystem that leverages Microsoft's cloud solutions to provide a series of cryptocurrency-related services, including a federally-regulated open market for the trading of digital assets, a cryptocurrency storage service, merchant services, and other consumer applications. Having already signed on a number of important partners, including Microsoft, Starbucks, and the Boston Consulting Group (BCG), Bakkt is working to create a network that would allow individuals and institutions alike to seamlessly store, acquire, or spend digital assets anywhere in the world.

According to the initial press release from August 2018, Intercontinental Exchange is expected to launch Bakkt on November 5 this year, pending approval by the U.S. Commodity Futures Trading Commission.

Initially, the first contracts available on the platform will offer physically-backed Bitcoin future contracts against all the major fiat currencies, including USD, EUR, and GBP. What “physically backed” means, in this case, is that, unlike currently available Bitcoin futures, which are only a “paper claim” equivalent to the fiat price of Bitcoin at a given time, all futures traded through Bakkt will be backed by Bitcoin transferred directly to the client.

Our first contracts will be physically delivered Bitcoin futures contracts versus fiat currencies, including USD, GBP and EUR. For example, buying one USD/BTC futures contract will result in daily delivery of one Bitcoin into the customer’s account.

This means that, unlike current futures trading, Bakkt futures will actually increase demand for this already scarce digital asset, which will, in turn, have a positive impact on Bitcoin’s price and its total market capitalization.

In statements made to Fortune magazine, Bakkt’s founders stated that the institutional investor campaign was “the first of two phases”. Starbucks and Microsoft’s involvement in this enterprise suggests that Bakkt is working to disrupt the retail payments sector. Starbucks is currently spearheading efforts to allow their users to pay for coffees using cryptocurrency on their smartphones. Similarly, Microsoft services a huge amount of retailers through their Azure Cloud business offering numerous services, including e-commerce solutions.

Who Is Behind Bakkt?

Bakkt is the brainchild of Jeff Sprecher, CEO, founder, and chairman of the Intercontinental Exchange (ICE), a US-based company that owns the New York Stock Exchange (NYSE), the largest stock exchange in the world by the market cap of the companies it lists, which was around $21.3 trillion as of the end of 2017. ICE also owns a number of regulated OTC marketplaces for the energy, equity, and credit sectors, as well as several exchanges for other financial and commodity markets, including the European LIFFE futures exchange.

At the time of the launch, ICE declared that it would work alongside Microsoft, Starbucks, the Boston Consulting Group, and others, with the main goal of addressing “[the] evolving needs [of the] $270 billion digital asset marketplace”.

The other important investor in Bakkt is Microsoft’s venture capital subsidiary M12. Other big players such as Susquehanna International Group, LLP., Pantera Capital, Horizons Ventures, Protocol Ventures, Galaxy Digital, and others, will also be joining the initiative.

How Does Bakkt Plan to Win the Race?

Kelly Loeffler, CEO at Bakkt, elaborated on the main ways Bakkt will differ from the many other parties working to achieve the same goals in a comprehensive Medium post.

Ms. Loeffler explained that Bakkt’s first and foremost challenge is to address the “unique requirements of regulated institutions, their clients and stakeholders”, with the goal of fostering greater liquidity, accessibility, and trust in the digital assets space. Bakkt aims to achieve this by leveraging the currently available futures market infrastructure, to introduce their custody and physically delivered Bitcoin futures services to international markets. This means that the main aspects of the existing futures markets, such as standards compliance, KYC rules, and anti-money laundering enforcement, will be applied to the physical delivery and storage of Bitcoin for the first time.

Bakkt’s second major concern regards the security standards supporting their Bitcoin warehousing and futures contracts services. According to Ms. Loeffler, Bakkt has been working a long time on their Bitcoin warehouse design, which will include sharding, biometric scans, multi-sig keys, and will have its key parts “inaccessible from the internet”, among other unspecified security measures. Further, Bakkt will pre-fund all Bitcoin sales and purchases on the platform, in order to eliminate default risks. This will be achieved by allowing the clearinghouse to create a separate Bakkt-funded “guarantee fund”, which will be “dedicated to the segregated Bitcoin assets of Bakkt’s clients”.

Finally, Bakkt will provide new and unprecedented access to digital assets markets and information, including FIX API’s, federally-compliant regulatory reporting features, consolidated ticker feeds, and participation agreements. Bakkt will use Blockchain technologies as an underlying layer for the already existing futures ecosystem, which is expected to facilitate seamless access for institutional investors.

The team behind Bakkt perceives the high level of fragmentation of the current cash/crypto markets as a problem since it makes access to market information more expensive. By implementing their regulated cryptocurrency exchange solution, Bakkt aims to improve transaction efficiency and offer more and better real-time information.

How Does the Community Feel About Bakkt?

Opinions about ICE’s Bakkt abound, and important personalities of the cryptosphere have expressed their views for and against this initiative.

CNBC’s Brian Kelly called Bakkt’s announcement “the biggest Bitcoin news of the year”, during a televised discussion with CNBC's Michelle Caruso-Cabrera, Tim Seymour, Steve Grasso, and Dan Nathan, wherein he explained he believes Bakkt may be the missing piece for an ETF approval by the SEC,

This is huge news. I think the market is completely underappreciated. So let us talk about why this is the biggest news of the year for Bitcoin […] It paves the way for a Bitcoin ETF. Last week I stood here and said you know what, I don’t think the Bitcoin ETF will get approved. And guess what? The Winklevoss ETF got rejected. Why? Because there was not a US regulated exchange and there wasn’t US regulated custody.

Mr. Kelly went on to add,

Dan Morehead, the CEO of Pantera Capital, said after this year’s biggest cryptocurrency selloff that investors were “overreacting” to the SEC’s delay of an ETF approval decision, and should instead focus on more important initiatives like Bakkt,

[Bakkt] is huge news […] [It] is going to be a very profound impact over the next five or 10 years for the markets, and, to my mind, that's what people should be focused on.

Several users on Twitter have supported Mr. Morehead’s view on Bakkt’s impact on the market,

Idk if people realize how HUGE Bakkt is and will be https://t.co/NghHk7Wroh

#Bakkt is the most underestimated thing at the moment. Most people don't understand how important this is for #bitcoin. $btc $eth $etc $eos $tron

This man's explanation should help understand a bit why Bakkt is a bullish move for BTC before the EOY.https://t.co/cu2bK4ZwXq

Not Everyone Is Convinced

As is the case with Bitcoin ETFs, not everyone is optimistic about Wall Street’s involvement in the crypto space. Caitlin Long, Wall Street veteran and founder of the Wyoming Blockchain Coalition, expressed her reservations about Bakkt, in a recent series of articles published by Forbes,

Wall Street's only shot at controlling cryptocurrencies is to “financialize” them via leverage—by creating more financial claims to the coins than there are underlying coins and thereby influencing the underlying coin prices via derivatives markets. It’s pretty much impossible at this point for anyone to gain control of the Bitcoin network (and likely the other big cryptocurrency networks too), so Wall Street's only major avenue for controlling them is to “financialize” them via leverage.

However, it seems that Ms. Long’s concerns may not become reality at all, according to recent announcements made by the Kelly Loeffler on the Bakkt team’s Medium page in which she described the above-mentioned plan to limit futures sales to physical delivery,

A critical element to price discovery is physical delivery. Specifically, with our solution, the buying and selling of Bitcoin is fully collateralized or pre-funded. As such, our new daily Bitcoin contract will not be traded on margin, use leverage, or serve to create a paper claim on a real asset. This supports market integrity and differentiates our effort from existing futures and crypto exchanges which allow for margin, leverage and cash settlement. Coupled with a secure, regulated warehouse solution, you can begin to see how this market infrastructure can help more institutions and consumers participate in the asset class.

There are many reasons why Bakkt may be successfully approved by the US CTFC. Although there are some pessimists, there seems to be an overall bullish sentiment about Bakkt around the cryptosphere, since custody-associated risks are one of the major pain points holding back institutional involvement in cryptocurrencies.

The Intercontinental Exchange, being the owner of the largest stock exchange in the world, may be the one able to pull this off since it already has extensive experience and sway in the financial sector, which may tilt the SEC and CTFC’s balances to its favor.

If Bakkt ends up getting approved and being successful, a plethora of new Bitcoin funds would enter the Bitcoin market. Thanks to Bakkt, institutional investors would have a way to acquire the so-far unregulated assets, which in turn may have multiple implications for users. For example, Bakkt could greatly decrease transaction costs worldwide, a business that currently amounts to around $25 trillion a year in fees. It could also stabilize the characteristically volatile cryptocurrency markets.