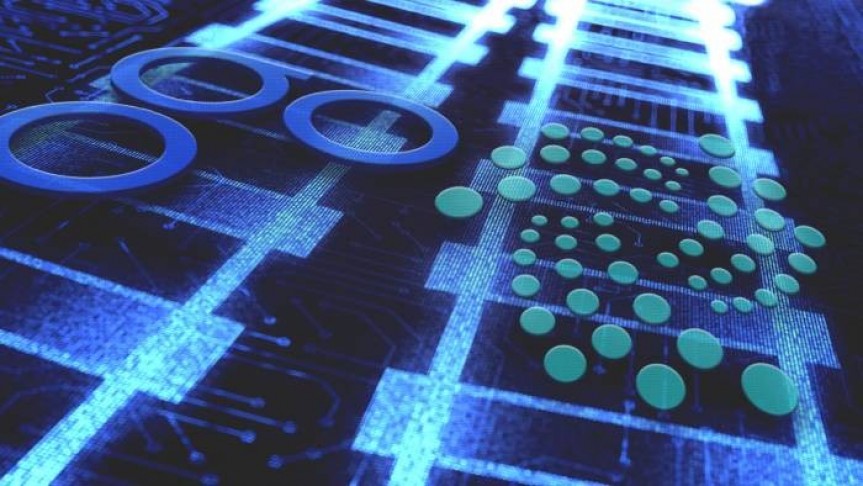 In this second part of our two-part feature, we cover some of the popular scaling solutions. In part one, we looked at Bitcoin’s Lightning Network and Ethereum’s sharding and Casper protocol and discussed how these solutions might better prepare both projects for global adoption.

Our focus this time around will be on OmiseGO’s Plasma Network, IOTA’s Tangle, and the myriad projects that are addressing scaling by simply increasing the block size.

The objective of this feature is to discuss the various approaches to the scaling problem that has been with cryptocurrencies since the outset and that many see as the primary barrier to bringing cryptos out of the “toddler” phase and into the mainstream. The hope is that it will give readers a better sense of how these projects are planning to evolve and confront fundamental challenges over the long term.

The Plasma Network was developed by Joseph Poon, the founder of the Lightning Network. It has its roots in a paper released by Poon and Vitalik Buterin in 2017, called “Plasma: Automated Smart Contracts”. It actually bears some resemblance to the Lightning Network in that it takes transactions off of the main network and processes them through “child chains.”

The Plasma Network could potentially allow for billions of transactions to take place simultaneously. The first project to implement Plasma will be OmiseGO, a project with a good reputation that focuses on remittances and financial liquidity. (The motto of OmiseGo is “unbank the banked.”)

A Plasma Network can be thought of as a series of blockchains within a blockchain. Each "child chain" within the network operates independently, but in the event of a dispute between two chains verifying a transaction, a child chain can take it up with the main Ethereum network chain (sort of like taking the dispute to court) and have it settled that way.

Transactions may occur between these different plasma blocks in a process that is not very different from how the Lightning Network works. The really interesting bit comes in how Plasma resolves disputes between these blocks. Plasma’s smart contract has a feature called exit protocols, which lets the user exit the child chain and refer to the main chain whenever a dispute has occurred.

There is an even greater advantage to the child chain system. A user raising a dispute needn’t necessarily take the dispute to the root chain. He or she will first broadcast the faulty information to the parent block of the non-cooperative block, and all participants there get booted to the previous block, and the block involving the faulty transaction gets removed. In case all members of the faulty block are non-cooperative, then the user has the opportunity to take it up with the main chain. The advantage here is that the main chain can be unburdened for as long as possible, which is a boost to performance.

What weaknesses will be revealed in the Plasma Network solution remains to be seen, as OmiseGO will be the first to implement it.

OmiseGo and its Plasma Network hold much potential value for the people of the South East Asia region, whom it targets. By freeing up funds in digital wallets, which are very popular in the region, and providing near-free cross-border transfer of remittance payments, OmiseGO has a very clear idea of how blockchain technology can benefit large groups of people by facilitating quick and easy financial transactions.

IOTA and the Tangle

IOTA is another very well-known project that functions not on blockchain but on a Directed Acyclic Graph (DAG), which is another decentralized ledger system, akin to a blockchain, but in many ways more complex. IOTA refers to their DAG blockchain alternative as the Tangle, which the team purports will improve in scalability and performance the more users join the network, which, if true, turns the trouble with blockchains into a solution. The way the Tangle achieves the scalability increase is that each time a new transaction is added to the network, it must approve two previous transactions.

The Tangle can be quite complicated and we won’t fully unpack it here, but it is discussed in greater length in our series on IOTA. In fact, the basic idea of a tangle is rather simple: the whole network is essentially a giant graph. New transactions, which are the vertices in the graph, attach themselves to previous vertices, and in this way, the network grows incredibly fast, from all points at once rather than in a linear sequence, so there is no waiting for new blocks to be mined.

The disadvantage of the Tangle, however, is that it is highly technical. Synchronizing states between vertices in a DAG is more challenging than that of a blockchain network. The information regarding the order of transactions is difficult to communicate between nodes because of the high frequency of transactions. The wait-time in communication between different nodes regarding transaction confirmation will result in some latency.

While IOTA may be the most notable among the DAG projects, it is by no means the only one. The Byteball project is another one that makes use of the technology in the hopes of achieving scalability. While their overall implementation of the DAG is the same, Byteball makes use of more overseer nodes to coordinate the overall functionality of the network. The potential downside to this is centralization – it puts a lot of power in the hands of those nodes.

Last, but certainly not the least, it the attempt to improve scaling through a change in the block size. The debate over the viability of this option is what gave birth to Bitcoin Cash. It is also the solution that several projects in the top 30 have chosen to achieve scalability.

Originally, Bitcoin had a block size limit of less than 1 MB. This was not conducive to the heavy traffic that Bitcoin sees now. Perhaps Satoshi Nakamoto could never have presumed that Bitcoin would reach the volumes it has today.

Segregated Witness, or SegWit, has allowed for block sizes to be increased many-fold and has addressed a security flaw wherein transaction IDs could not be altered. It also allows more transactions to be stored in one block, which increases the speed of transaction processing.

However, it could easily be argued that SegWit brings more trouble than good. Indeed, the only strong argument in favor of increased block sizes is that it is a ready solution as opposed to the yet-untested scaling solutions mentioned earlier. This block size increase could result in more hard forks, it could invalidate tokens, put more power in the hands of powerful miners, and increase the probability of a consensus failure. It could also fail as a long-term solution.

Projects that make use of altered block sizes include the popular Litecoin, Bitcoin Cash, Dash, and Monero. Litecoin already implemented SegWit, though they are testing the Lightning Network. LiteCoin is notably currently faster than Bitcoin. Bitcoin Cash has a whopping 8 MB block size and low transaction fees, but it is hard to see how it will scale if more users jump on board. Given that Dash and Monero have more niche use cases, it is not so important to consider them from the perspective of their scaling solution as it is to consider whether they are effective for their particular purpose.

The several solutions put forward here are strong signals that the cryptocurrency space has a very open future that could take any number of paths. What can be universally agreed upon is that a solution to the scaling problem is required for this industry to grow. The very survival of each and every project depends on it. For all the hype that blockchain and cryptocurrency are generating, it is nevertheless true that for it to have a significant impact on the world, it will have to solve the scaling problem. It is a safe bet to make that the projects that do this best will be the ones that survive into the next era.

Please see part one of this series here.