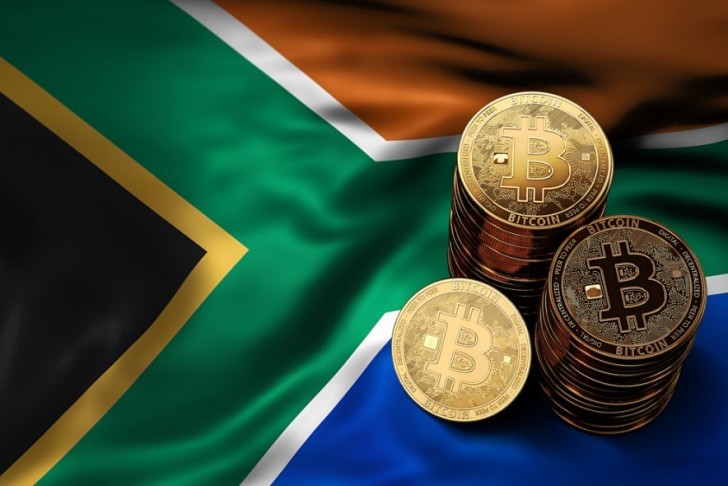 The current economic situation in South Africa is pushing a lot of the country's citizens into the cryptocurrency markets.

During the first quarter of 2020, the economy plunged deeper into recession. The South African economy was already suffering from a breakdown even before the pandemic hit globally. As seen when the GDP of the country dropped to 2% at the beginning of the year as opposed to the statistics from last year. With a 0.1% drop for the year-on-year basis data. This further spiked when the nation was experiencing power outages, which is still one of the biggest problems affecting the country to date.

South Africa’s recession is also heightened by the fact that President Cyril Ramaphosa imposed one of the longest lockdown restrictions during the peak of the pandemic, and the result was that the economy was pushed far deeper down. The minister of finance in South Africa, Tito Mboweni, noted that throughout this year, the economy is expected to still have a 7% plunge further into this recession, making a lot of nationals worried because this is worse than the 1930s Great Depression that affected the world. This is bad because the country was trying to recover from the economy of the time of former president Jacob Zuma, which left the nation in a deplorable condition. GDP in South Africa started falling in 2013 and has only gotten worse in the advent of the pandemic.

The economy of South Africa is currently going through one of the worst economic crises it has ever been faced with, and the rate of recession is only getting worse and has been the biggest hit the country has ever taken. This budget deficit is not only affecting the employment rates in the country but also the local currency, forcing people to buy up on cryptocurrencies in order to somehow retain the worth of their money. This is unheard of, because the currency is one of the economy’s strongest assets, and if inflation rates are uncontrollable, it is difficult to foresee when the economy will become stable. FX volumes are also down as people are starting to flee towards cryptocurrencies. However, South Africa being home to some of the best African financial traders, it was expected that the population would quickly diversify, but not necessarily into crypto.

The chief economist for Africa and the Middle East at Standard Chartered, Razia Khan, said that if the economic starting point of a country is the unemployment rate, of below 30%, it would be complicated to anticipate how deep the decline could be. The decline became very evident with the steep decline in the activities of the manufacturing and mining industries, which is the economy’s pillar. There was also a 20% deterioration in the formation of gross fixed capital. This statistic was the country’s worst since 2008.

This situation of the economy has made it very difficult for the state to provide a relief fund because it is very expensive for the administration to fund since the minister of finance is trying to control the budget deficit.

As lockdown measures have become monetarily unreasonable Mr. Ramaphosa is steadily resuming the economy while there is a flood in COVID-19 cases, especially in the nation's industrial capital, Gauteng. The nation has recorded over 144,000 coronavirus cases, of which more than 42,000 were identified in the previous week.

On Tuesday, the minister of health, Zweli Mkhize, said that cases in Gauteng were rising quicker than anticipated and didn't preclude getting back to strict regulations locally. He told the radio that there might be a need in certain regions for restrictions, it may not be public, but will however be restricted. Yet, no such choice has been taken up until now. There are signs of new confirmed cases coming from Cape Town, where the nation's first large number of infections started, however, its clinics stay under tension.

The President of South Africa, Cyril Ramaphosa, has been confronted with a  lot of backlash from his citizens and is increasing pressurized to quickly start reforms, especially to address the power shortage problem and also and in the telecoms sectors, which are the most prominent in the region, and trying to ensure growth in an economy which has almost been wiped out by the effects of COVID-19, in one Africa’s most industrialized economy.

The harming effect of COVID-19 on South Africa's economy was clarified a week ago after GDP in the subsequent quarter, the peak of the coronavirus lockdown, dropped nearly five years consecutively, a dive so enormous that the rank of GDP tumbled to the level of 2007. Taking the country almost thirteen years back.

This back-date highlights the problems confronting the president, and his ruling party, African National Congress as they face new calls from the people to embrace a change of an economy where development rates were deteriorating and power outages were happening even before the outbreak of the pandemic.

With the increase in the number of recorded infected people in the nation's scourge reducing at under 1,000 new cases a day, out of below 650,000 affirmed cases to date, with many businesses gradually reopening

However, the size of the lockdown drop in GDP signified that the administration has to resume its normal activities and also to take measures in bringing the South African economy back from the recession it is going through. The president of South Africa, Mr. Ramaphosa, said that this will be used to snap the country out of the budget deficit, the economic crisis, and so that it can attain its full potential.

Besides the many challenges that the country is currently going through which are affecting the president’s administration, there is the way that the plunge of South Africa's public funds is much more profound than in 2007 when the nation had a financial overflow and venture grade appraisals at all three significant organizations. This year the nation's state debt rounded off its drop into garbage status, in March, Moody's downsized, and the spending deficit is probably going to hit twofold digits as a level of a GDP.

Mr. Ramaphosa had promised off a greater amount of South Africa's 4G and 5G range this year to bring down data prices, just as critically securing more power supplies to calm Eskom, the power company prone to power outages. Both are viewed as significant hindrances to investing. However, the launch date has been pushed back to one year from now, and to get power would have passed the point of no return given the current level of power outages.