Could China Have the Will and a Way to Destroy Bitcoin? 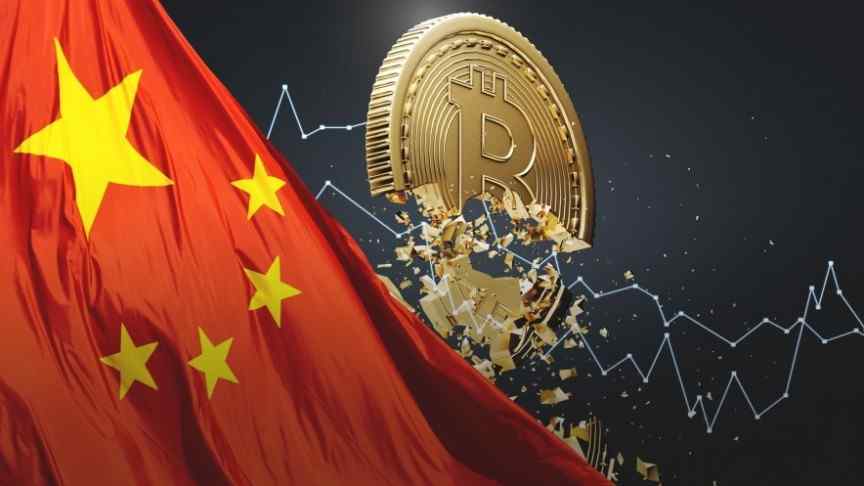 Could China Have the Will and a Way to Destroy Bitcoin?

The Chinese Communist Party has a great deal of control over the Bitcoin market. But is the threat of interference overblown?

Far from the decentralized, trustless virtual currency envisioned by its founder Satoshi Nakamoto, Bitcoin has become a highly centralized asset increasingly dependent on the whims of the powerful Chinese state. New evidence suggests the Chinese government may be willing and able to manipulate the Bitcoin market to its benefit, and this has many observers worried.

These concerns are not without merit, but they overlook the adaptability of blockchain technology as well as America’s counterbalancing effect on the market. The growing financialization of Bitcoin, along with the growth of mainstream crypto custody infrastructure, ensures multipolarity in the cryptoverse.

A Looming Threat? An Analysis of Chinese Influence on Bitcoin

China has always been a major player in the cryptocurrency industry, but many underestimate the scope of the country's influence. As it stands, over 70% of Bitcoin's total hash rate is based in China, along with most Bitcoin mining pools and mining-based firms. The issue was raised in a recent report from researchers from Princeton and Florida International University titled “The Looming Threat of China: An Analysis of Chinese Influence on Bitcoin”.

The researchers warn that the concentration of network infrastructure puts the Bitcoin market under the direct influence of the Chinese state, highlighting the dangers of this trend.

The Chinese Communist Party has unprecedented control over economic activity within the country as well as its internet infrastructure. And unlike in Western states, where citizens and special interest groups can influence policy decisions, the Chinese Communist Party often implements sweeping regulatory changes in a matter of days. The researchers believe the Chinese government could use its regulatory authority to influence to threaten the stability, security, and viability of the Bitcoin ecosystem.

The report highlights several classes of potential attack ranging from punitive forking, censorship, and deanonymization of users. For example, the CCP could force miners to abandon chains that contain a specific address, effectively censoring that address. The CCP could also attempt to remove the anonymity of transactions through its control over ISP information.

Why the Chinese Threat is Overblown

While the concerns over Chinese influence are not without merit, they overlook the flexibility and adaptability inherent to blockchain-based platforms as well as the counterbalancing effect of Bitcoin's growing mainstream acceptance in the West.

China's centralized influence is certainly a threat to the Bitcoin market, but it isn't an insurmountable one.

Blockchain-based protocols have a unique ability to make each user's selfish economic incentive benefit the collective network. This, along with Bitcoin's self-governing structure, make the asset uniquely able to face the challenges posed by government influence.

For example, while the Chinese authorities can attempt to censor a particular Bitcoin address, they can't prevent that user from instantly changing their address to dodge the sensor. And while the CCP can leverage its control over the internet to obtain ISP information, such actions are not outside the reach of other governments. On top of this, if the Chinese authorities become too overbearing in their attempts to manipulate mining firms, economic incentives will most drive miners to less restrictive locations outside of China.

The aftermath of China's crypto ban suggests that the more the government interferes with the Bitcoin market, the less influence and control it will have over the long term. The nations that embrace Bitcoin and integrate the asset into their mainstream financial infrastructure will provide a counterweight to China's waning influence.

The Counterbalancing Effect of Bitcoin’s Financialization

Bitcoin is a free-floating asset, and that means its value is determined by supply and demand. While China is very dominant in the mining aspect of the Bitcoin network, it has very little influence over individual units of Bitcoin. This means it has little influence over the asset's price from a supply/demand perspective.

Crypto custody, along with exchange infrastructure has left China. But in the tightly-regulated U.S market, crypto custody services are springing up with institutional support.

Recently, Fidelity Investments launched its own Bitcoin custody platform. And Goldman Sachs-backed BitGo also has plans to compete in the sector. Capital moves to where it is safest, and Bitcoin is no exception. America's regulatory acceptance of Bitcoin will encourage investors to store their Bitcoin in the country - firmly outside the reach of Chinese influence.

China controls a huge amount of Bitcoin’s hash power, but it doesn’t control the economic incentives that govern this hash power. It can’t stop domestic mining activity from moving to other locations if the regulatory pressure becomes too overbearing.

This means the fear of Chinese control is overblown.

The big story isn’t how much power China has over the Bitcoin market, it’s how much it has lost through heavy-handed regulation.

China’s 2017 decision to ban cryptocurrency has decimated its influence over the Bitcoin market. Yuan-denominated trading volume is virtually non-existent, and the Chinese economy has missed the opportunity to include Bitcoin in its mainstream financial infrastructure. As Wall Street becomes increasingly active in the cryptocurrency sector, expect to see power shift from east to west as Bitcoin is increasingly integrated into America’s financial mainstream.