The Corporatization of Crypto? A Look at Corporate Links to North American Exchanges 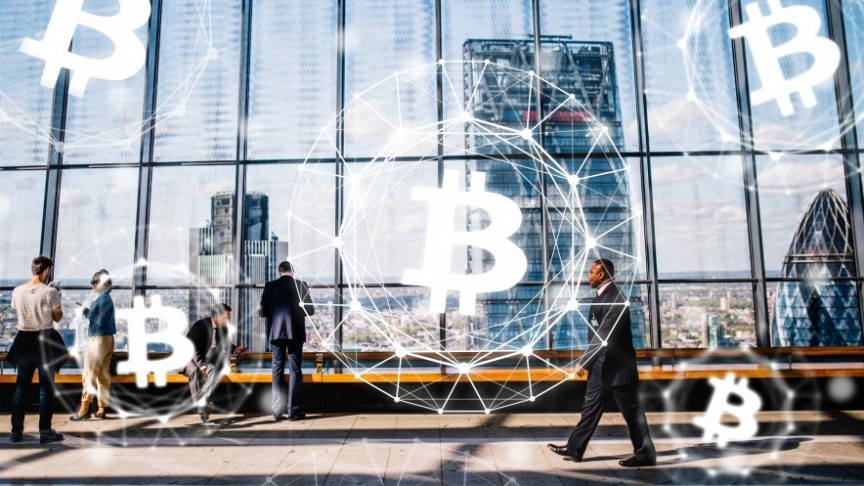 The Corporatization of Crypto? A Look at Corporate Links to North American Exchanges

Crypto exchanges have access to more capital and clout than ever before, which helps them meet consumer needs. But what about decentralization?

This is part one of a two-part series. Part two looks at Corporatization Trends in Asian Exchanges.

As the blockchain industry matures, the line between cryptocurrency exchanges and traditional corporations begins to blur. Once a collection of marketplaces on the fringes of finance, many cryptocurrency exchanges are now connected with major players in the private and public sectors from financial firms and major banks to government regulators, which has transformed their role in the crypto community and the very nature of the blockchain ecosystem.

Cryptocurrency exchanges now have access to more capital, clout, and influence than ever before, and this could help them meet consumer needs in this rapidly changing market. However, what many are calling the corporatization of crypto may come at the cost of the decentralization, privacy, and independence that has made cryptocurrency and blockchain-based investments so attractive in the first place.

In part one of this two-part series, we take a look at how exchanges in the West are integrating with the established financial world, before turning in part two to examine how differently things are evolving in Asia.

The Biggest Players in North America

Trends in crypto corporatization vary by region because of the different regulatory environments across the globe. In Asia, large cryptocurrency exchanges tend to expand their operations through ICOs and native token launches, while in Europe and the U.S a more familiar corporate strategy is employed. Unlike their Asian counterparts, Western companies tend to expand through venture capital, licensing, and conglomeration.

Coinbase, the largest cryptocurrency exchange in the United States, has come a long way from its humble beginnings in 2012. The San Francisco-based giant rose to prominence on the back of its user-friendly mobile app that made cryptocurrency trading accessible to millions who may have otherwise never bothered to learn about it on a traditional desktop format. In the time since its inception, Coinbase has received several multi-million-dollar funding rounds and earned a total valuation of over $1 billion.

Keystone Capital is a FINRA registered broker-dealer that enables investors to trade traditional securities and what its website terms “digital securities”. Coinbase purchased Keystone as part of a plan to develop a platform for trading tokenized crypto-securities that will inevitably fall under U.S regulation.

Gemini is a digital asset exchange founded by the Winklevoss twins, two well-known venture capitalists who are deeply involved in several blockchain projects. As a New York Trust company regulated by the state's Department of Financial Services, Gemini operates under a much greater level of oversight than its competitors, and it has lacked many of the growing pains experienced by the other firms.

The Winklevoss twins are orienting towards derivative-based cryptocurrency investments, and they have secured a patent for a cryptocurrency exchange-traded product (ETP). While the SEC recently rejected their application for an ETF license for a second time, they have managed to win advocates such as Hester Peirce at the SEC.

Poloniex, a US-based crypto exchange with trading volume of over $70 million daily, is an example of a different type of conglomeration in the industry. Unlike crypto firms that expanded by acquiring others, Poloniex itself was acquired. The buyer is Circle Financial, a startup called backed by the Goldman Sachs Group.

Although the details of the privately-held Circle Financial Ltd, are murky, Goldman is a well-known player in the financial services industry and this acquisition is a step toward expanding its presence in the cryptocurrency niche. Goldman previously announced a small foray into Bitcoin-based derivatives, and it is backing Circle Financial in its attempts to make a cryptocurrency pegged to the U.S dollar.

Bittrex is an American cryptocurrency exchange structured in a way that isn't regulated under US securities law, (since no tokens listed on the exchange are considered securities), giving it more freedom than other American exchanges. Unlike many U.S exchanges, Bittrex supports a vast number of obscure cryptocurrencies. It has also entered into several partnerships, including a collaboration with Invest.com to launch a new trading platform for the European market.

The Influence of Regulation: East Vs. West

Regulation is one of the most important forces in crypto, and it determines the trajectory of corporatization in the industry. Unlike some of their Asian counterparts, Western cryptocurrency firms are often heavily restricted from many forms of blockchain-based financing.

The regulatory climate disincentivizes Western companies from launching their own native tokens or ICO fundraisers. Instead of diving into the regulatory grey area of altcoin development, exchanges tend to orient themselves towards institutional investors and securitization.

The trend of securitization is strongest in the U.S where the development and wide adoption of Bitcoin-based derivatives by the CBOE and CME demonstrates a clear precedent for success in this niche of the market.

The forces of corporatization, conglomeration, and regulation are sure to help push crypto further into the mainstream. As time goes on, expect to see this burgeoning industry start to resemble traditional finance.

Check out part two in this series where we look at Corporatization Trends in Asian Exchanges.