The Consensus 2018 Conference and the Future of Crypto 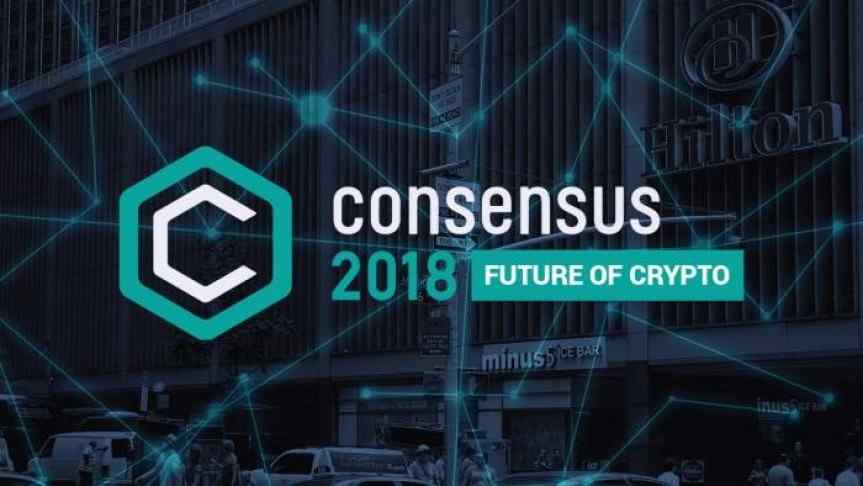 The Consensus 2018 Conference and the Future of Crypto

Yesterday, May 14th, marked the beginning of the three-day Consensus 2018 conference co-hosted by Coindesk, a major media outlet.

Yesterday, May 14th, marked the beginning of the three-day Consensus 2018 conference co-hosted by the New York Economic Development Corporation and Coindesk - a major media player in the industry. It has attracted over 4,500 attendees, their Lamborghini's conspicuously roaring through the busy streets near the Hilton Midtown site in New York.

The event roster boasts many of the biggest names in crypto along with a fortune 500 lineup including Microsoft, IBM, and PWC. The conference has also attracted controversy and several high-profile boycotts including Vitalik Buterin, the founder of Ethereum. Nevertheless, for better or worse, Consensus 2018 is expected to have a profound positive impact on the industry because it allows startups to build networks and link up potential partnerships in different sectors. This could jolt the cryptoverse into a new bull market.

The Consensus 2018 Conference is attracting the biggest names from all over the blockchain industry, but not everyone is impressed with the event. Vitalik Buterin, the creator of the Ethereum protocol and head of the Ethereum Enterprise Alliance, is notably absent from the meeting. Buterin is boycotting Consensus 2018 and urges others to do the same.

1.     “Coindesk is recklessly complicit in enabling giveaway scams. See their latest article on OMG, which * direct links* to a giveaway scam. pic.twitter.com/WDr9uZ8XOw”

2.      “Their coverage of EIP 999 was terrible. They published a highly sensationalist article claiming the chain would split when it was very clear that EIP 999 was *very far* from acceptance. This is why pundits need to be replaced by prediction markets, ASAP.”

3.      “Their reporting policies are designed to trap you with gotchas. Did you know that if you send them a reply, and you explicitly say that some part is off the record, that’s explicitly on the record unless you go through a request/approve dance first.”

4.      “And by the way, the conference costs $2-3k to attend. I refuse to personally contribute to that level of rent-seeking.”

Buterin's disagreement seems to focus on the behavior of Coindesk as a news organization instead of the merits of the Consensus 2018 conference as a standalone entity. Interestingly, he mentions the price of attendance. Although, $2-3k isn't much for someone with a net worth of millions, multiplied by 4,500 attendees the $9,000,000 total is no small sum.

Buterin suggests Coindesk may be getting an unreasonable amount of revenue for co-hosting this event. But he didn't put his point in perspective by addressing the potential value the event may be giving back to the industry. Is the ability to network with dozens of Fortune 500 companies and big players in the blockchain industry worth the price of attending Consensus 2018? What about the potential market impact? Vitalik Buterin didn't address these issues, and as a result, his complaints fall flat.

The State of the Cryptoverse

The total cryptocurrency market is currently worth approximately $406 billion. This is an impressive number, but it is far removed from the $700 billion capitalization the sector boasted at the end of 2017. Since the peak, crypto has had a rough run, stoking fears that the bubble has entered into a long-term bear market.

By early April, Bitcoin and the altcoins broke out of their bearish technical patterns and entered a convincing breakout rally. This breakout has since stalled, and investors are left asking whether cryptocurrency is on the cusp of a new bull market or a vicious bull trap. The impact of Consensus 2018 may give clues on the market's direction over the next few months and help answer that question.

What Does this Mean for Investors?

The Consensus conference has a record of influencing the market capitalization of the cryptocurrency industry. Last year's event boosted crypto by 26%, while the 2016 conference initiated a much smaller 2.7% gain, setting the stage for a gradual long-term rally in the following months.

Many are expecting a more impressive bullish response to the 2018 meeting because of its unprecedented size. Every year the Consensus conference grows larger - it started with 1,500 attendees in 2016 before growing to 2,700 in 2017 before leaping to an impressive 4,500 this year. So far, the conference has had a small positive impact on prices for Bitcoin and Ethereum. Both are up 3.61% and 3.47%, respectively in the last 24 hours