Was Russia´s Involvement with Venezuela´s Petro Really a Secret? 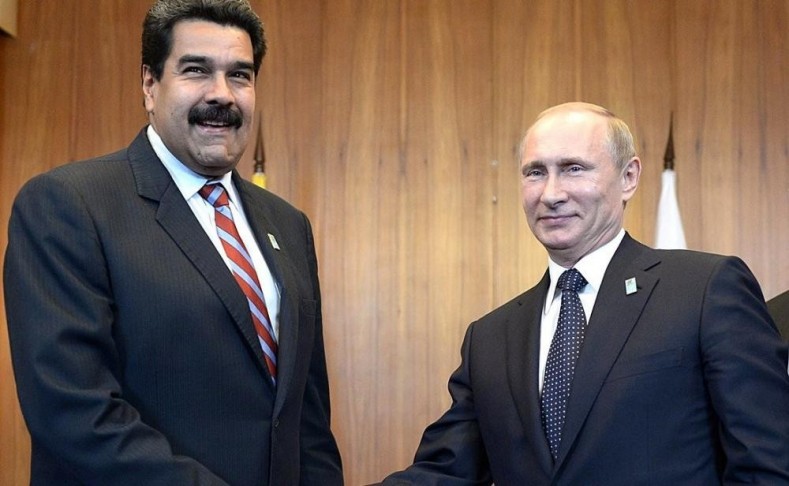 Was Russia´s Involvement with Venezuela´s Petro Really a Secret?

In a controversial piece published on Tuesday entitled: “Exclusive: Russia Secretly Helped Venezuela Launch a Cryptocurrency to Evade U.S. Sanctions”, TIME alleges that Russia and Venezuela colluded to create the cryptocurrency El Petro to evade Trump-ordered sanctions; but was the collaboration really a secret?

The article opens with a dubious statement:

“…Behind the scenes, the Petro was in fact a collaboration—a half-hidden joint venture between Venezuelan and Russian officials and businessmen, whose aim was to erode the power of U.S. sanctions.”

But the article seems not to expose anything about the El Petro collaboration that was ever secret to begin with. It also misrepresents the publically stated purpose of the El Petro cryptocurrency, which is to disrupt the current world economic hierarchy and give Venezuela some independence from US sanctions.

The TIME article claims to expose the roles of two Russian businessmen: Denis Druzhkov, CEO of Zeus Trading, and Fyodor Bogorodsky, CEO of a company called Aerotrading, to El Petro as well as their alleged connection to higher powers in the Kremlin. Although their role in the creation of El Petro is yet to be determined, both men were actually seated in the front-row during the televised launch of El Petro on Venezuelan national television. Both were publically cited by the Venezuelan government as investors in the El Petro project. The article then cites secrets sources stating that an “executive at a Russian state bank who deals with cryptocurrencies” has anonymously declared that these persons are “not the most senior Russian emissaries allegedly behind El Petro” and that, “people close to Putin told him this is how to avoid the sanctions.” Understanding these allegations and why El Petro upsets the US government requires a little context. It is no secret that many countries, Russia and Venezuela especially, dislike the US´s ability to use the USD’s position as a standard currency as a tool against states who do not conform to its worldview.

El Petro was Developed with a Clear Purpose

Since the times of Hugo Chávez, the Venezuelan government has repeatedly called on the world´s nations to “create an international alternative currency to the US Dollar, and a transparent digital economy that would benefit developing countries; away from the traditional financial system controlled from the US”.

Likewise, as is evidenced by many of President Maduro´s speeches, the current Venezuelan leader is a vocal critic of US imperialism. Since Maduro first announced El Petro in December 2017, one of its stated purposes was to evade economic sanctions imposed by the US administration, which are seen by the Venezuelan government as arbitrary measures by an always-meddling United States government.

The Venezuelan government has made numerous open calls for collaborators on the project, and installed a “Venezuelan Blockchain Observatory” in December 2017, with the stated purpose of developing and governing the Venezuelan cryptocurrency. Many experts, from professors, to economists, students, and politicians have participated in the numerous discussions about the creation of El Petro. Some of these debates have even been televised in Venezuela. Indeed, outside the US, El Petro´s creation seems very far from what a “secret conspiracy backed by Russia” would look like.

What TIME describes as the “sanction-evading” and “dollar-overthrowing” aspects of El Petro are hardly unique. These are inherent aspects of the decentralized nature of cryptocurrencies. If a cryptocurrency of any kind is adopted on a large scale it could turn the world´s power structures upside down because it would disrupt the supremacy of the US dollar. If a crypto like El Petro ever went mainstream, the United States would not be able to use their economic influence to exert pressure or coerce other nations. Far from revealing a secret, the TIME article may simply be further exposing what the US has to lose if the decentralizing potential of cryptocurrencies takes hold.