Will Decentralized Exchanges Take Over? A Look at the Potentials and the Pitfalls 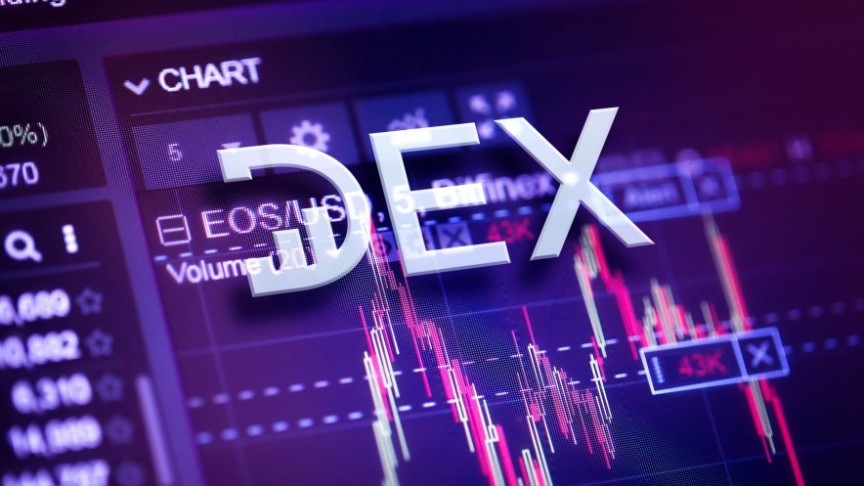 Will Decentralized Exchanges Take Over? A Look at the Potentials and the Pitfalls

Decentralized Exchanges (DEXs) are considered the next step in crypto-trading. Yet, despite the hype, they may have a long way to go.

There are several internal revolutions underway in the cryptocurrency market, not the least of which is the shift toward decentralization of the primary access point to cryptocurrency investment for the vast majority of the crypto community: the exchanges.

At present, most traders need to rely on centralized exchanges as their portal between the worlds of fiat and crypto assets. There are a number of potential problems with this scenario for an industry that aspires to eliminate centralized control of assets as well as reduce reliance on a central point of storage or access that can be easily hacked or manipulated. While there are clear disadvantages to decentralized exchanges, they may represent a solution to the problems with the current centralized status quo that Buterin, Zhao, and others describe. In this piece, we take a look at the prospect of decentralized exchanges, the projects currently leading the way, possible advantages and disadvantages to decentralization, and the impact the new exchange model is likely to have.

What are Decentralized Exchanges and How Do They Work?

Decentralized exchanges, or DEXs, are exchange platforms that offer the same basic service as the centralized exchanges, such as Coinbase and Binance. They permit users to buy cryptos with fiat or other cryptos and perform crypto to crypto trades, but with one major distinction: the trading occurs entirely between the users of the platform with no intermediary.

Centralized exchanges hold users' funds, often in native wallets, like a bank. They also receive and issue the asset transfers between users. And of course, they take a cut. In contrast, peer-to-peer decentralized exchanges put control back into the hands of the users. Exchanges go directly from one user to the other and verification of transactions is handled by a collection of nodes in the network, much like a blockchain itself, rather than by the exchange's central servers.

The idea that such a critical aspect of the decentralized currency market has until now functioned on a centralized method is puzzling, to say the least. Many question why the decentralized model has not yet been fully adopted. We’ll get to that, but for the moment, let’s take a look at the argument as to why DEXs are the preferred alternative to centralized exchanges.

Are DEXs Superior to Centralized Exchanges?

Many of the common concerns expressed about centralized systems in the crypto community can just as easily apply to centralized exchanges.

Over the past year alone - not even counting the landmark fall of Mt. Gox - several centralized exchanges have been targeted by hackers, leading to several billions of dollars in users’ funds being stolen. Hackers have learned that the most lucrative targets in crypto are the servers of centralized exchanges. Meanwhile, since users funds are never stored on any centralized point of attack, a decentralized exchange makes this form of hacking impossible.

The hacks that have led to the loss of such large sums of money have drawn the attention of governments, which makes centralized exchanges prone to being shut down. In markets like India and China, governments have demanded centralized exchanges cease operations, or ordered banks not to service them. Conversely, with no controlling management team and functioning entirely on a decentralized network with no central point of service, DEXs are much more difficult for governments to shut down. 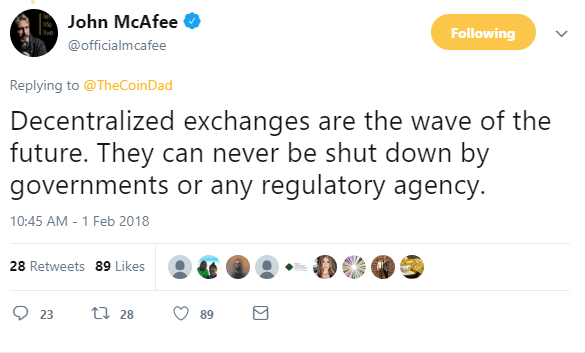 Fees are another major setback of centralized exchanges. There is often a significant fee attached to trades made via third-party entities, particularly when making high-volume trades. DEXs pair trades between users, meaning when a user wishes to trade an asset, he or she simply lists the trade, the DEX adds it to the order book and another user that accepts the price offered makes the trade. There is no intermediary taking any cut.

Many cryptocurrency projects themselves see the value in decentralized trading. The WAVES and Stellar projects have both launched their own decentralized trading services, which offer features unique to their projects. ICOs launched on WAVES get automatically listed on its DEX, while Stellar’s SDEX makes use of Stellar’s blockchain, which resolves transactions quickly.

Are DEXs the Utopia Some Claim They Are?

The belief that DEXs are here to rescue the market and open a floodgate to funds is still a little misguided. There may indeed be a race to distill all of the benefits of a decentralized exchange into a comprehensive DEX platform that is ultra-inclusive, but the dream is far from a reality.

Most notably, DEXs are clunky and unintuitive, leading to errors in placing orders. Crypto-trading can be difficult, to begin with, but even with popular decentralized exchanges like EtherDelta, trading is cumbersome. Users have been known to place incorrect orders because of the difficulty of navigating the system. This acts as a barrier to adoption and leads to common losses of funds.

Additionally, although a few DEXs allow users to work with fiat currencies, the vast majority only allow crypto-pairings, which is a barrier to entry for new users who have never made a crypto trade.

We can safely assume that the latter problem is something that will be addressed with time. However, there exists a more worrying, long-term problem that is likely to be a DEXs greatest obstacle: governments and law enforcement don't like them. Since DEXs operate anonymously, funds are much harder to trace, meaning tax evasion and illegal activity is all the more likely. Many worry that if DEXs become more popular, governments will launch an all-out offensive to shut them down. This is a legitimate concern that is as yet unaddressed. The question of how to offer users privacy but appease governmental regulation is something that affects the crypto community as a whole but is particularly pressing for DEXs.

Lastly, and this is an endemic ethical problem, many DEXs are not in fact decentralized as the term is popularly understood. There is a full spectrum of decentralization, and some trading platforms will happily use the term loosely, despite possessing elements of centralization.

0x, one of the more popular DEXs, conducts its operations through a feature called ‘Radar Relays’, which act as the trading point for exchanges. The trouble is these relayers themselves amount in many ways to a centralized transaction method. One worry is that "decentralized" will just become a synonym for "less centralized."

How will Decentralized Exchanges Impact the Cryptocurrency Market?

To a certain degree, as it stands, the market is currently controlled by a small number of major stakeholders who have large volumes of assets and can singlehandedly control price fluctuations and trading volumes. DEXs could even the playing field by spreading assets around more evenly and eliminating the ability for single users on an exchange, or the exchange itself to exert too much control over the market. Coinbase, for instance, can dramatically affect the fate of a cryptocurrency simply by listing it, a phenomenon known as the "Coinbase effect". Coinbase's power is precisely what Vitalik Buterin means when he says he hopes "centralized exchanges burn in hell.” Having numerous decentralized exchanges would help take such disproportionate power away from individual entities.

There is undoubtedly value in decentralized exchanges, but the concept has not yet taken shape enough to profoundly shift how things work in the cryptosphere. The benefits of decentralized trading are simply too good to ignore, but until DEXs can come up with a solution that balances privacy and regulation standards, and intuitiveness and functionality, they will not become the go-to source for crypto access. The takeaway, at this stage, is that decentralized exchanges are a highly promising prospect, but the ambition should be tempered with realism.