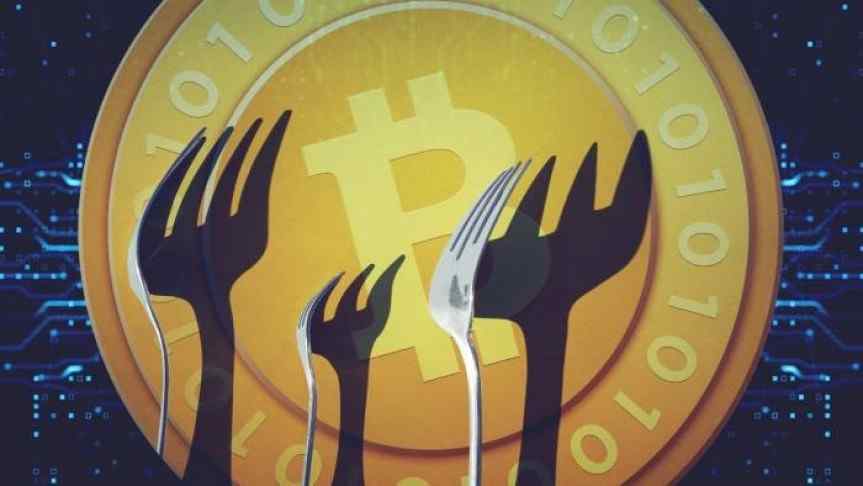 More than 2000 new cryptocurrencies have been created since the birth of Bitcoin, the first cryptocurrency ever. All of them promise to enhance Bitcoin’s obsolete features and to adapt to the current needs. Others are oriented toward specific industries by offering tailored adjustments while utilizing the underlying blockchain technology.

Every newly created cryptocurrency was inspired by and is based on Bitcoin’s algorithm. Ethereum, Ripple, Litecoin, no matter the coin, they all attempt to exploit the benefits of blockchain. However, each coin attempts to differentiate itself by introducing novelties and adding value by implementing new use cases.

Meanwhile, a significant number of altcoin creators have chosen to carry on the name of Bitcoin rather than differentiate their new crypto. Bitcoin Cash, the first fork of Bitcoin, was born out of the ongoing scaling debate in the Bitcoin community. On one side, the majority of the community voted to adopt the SegWit protocol after the New York Agreement, which meant moving Bitcoin over to the Lightning Network, while, on the other, a group of developers voted against SegWit, believing that Bitcoin should evolve within the original blockchain. Consequently, the blockchain was split (forked) and two separate versions were created -- Bitcoin Core (or simply Bitcoin) and Bitcoin Cash. Since then, the two communities have been arguing continuously over which is the real Bitcoin.

What is a Hard Fork?

In short, a hard fork occurs when the blockchain’s rules are modified. If a proposed change doesn’t reach a majority consensus, the blockchain splits and two versions are created. The users who agree on the changes will thereafter become the holders of a newly minted cryptocurrency. Along with Bitcoin Cash, Bitcoin Silver, Bitcoin Gold, Bitcoin Private, and even Bitcoin Pizza are all examples of Bitcoin hard forks.

Generally, creators of Bitcoin hard forks do so with the promise of adding new functionalities that will turn Bitcoin into what it always should have been. For example, all Bitcoin forks thus far maintain Bitcoin’s original maximum supply, which is capped at 21 million. At the same time, some may combine features from other blockchains, like Ethereum’s smart contracts (used on Super Bitcoin and BitcoinX) or the Proof- of-Stake consensus method (used on Bitcoin Interest). Others go as far as promising privacy improvements or even claiming to have fixed Bitcoin’s vulnerabilities to quantum computing. Bitcoin Cash increased the block size to 8MB, with the ability to process a greater number of transactions per block.

But Are They really Bitcoins?

So, are these cloned digital currencies truly a continuation of the "true" Bitcoin, as their creators want them to be seen? According to the Bitcoin Core developer Jimmy Song, they aren’t. Since the creation of Bitcoin XT in 2014, more than 40 Bitcoin hard forks have come into existence. Bitcoin Cash is the most successful hard fork ever, stabilized on the fourth position of all cryptocurrencies. Most of the other coins fail to reach a $100,000 daily trading volume.

It is highly ambiguous whether all those Bitcoin forks really do bring any novelty to the crypto-sphere. All of them strive to exploit Bitcoin’s name and hype. In an attempt to add value and avoid being considered as just another altcoin, Bitcoin forks choose to keep Bitcoin’s blockchain history. Bitcoin was created by an anonymous entity, to remove the need for authorities and disrupt the correlation to governments. Bitcoin forks fail to preserve these advantages. They tamper Bitcoin’s character and compromise its decentralized nature, as most of them are governed by an entity.

Bitcoin is open source, meaning that everyone can gain access to its code, modify it and potentially create a new cryptocurrency. Song says that every Bitcoin hard fork is an altcoin because all of them are backward incompatible. By maintaining (the otherwise unnecessary) pre-fork Bitcoin ledger, they clearly aim to manipulate Bitcoin’s reputation. To top it all, adding utility is hard, so many creators choose to launch an ICO in order to raise funds and distribute their tokens.

When a Bitcoin hard fork occurs, Bitcoin holders can claim an equal amount of coins in the new cryptocurrency, while being able to keep their original Bitcoins. Besides the questionable legitimacy over the use of the name Bitcoin, scammers often create a Bitcoin fork only to quickly grab money and run. Hard fork developers may hold a large number of the forked coins, waiting to dump them at the right moment once the coin’s price has peaked in the open market.

For instance, the infamous developer Rhett Creighton is associated with a few hard forks and an equal number of “pump and dumps.” Creighton’s latest creation was Bitcoin Prime, a hard fork between Bitcoin and Primecoin. He was also the architect of Zclassic and Bitcoin Private. Crighton was fired by the Bitcoin Prime project, the team called him a “creative mind who likes to fork” and the community treats him as a scammer.

A well-known scam is Bitcoin Platinum, which was poorly promoted as “Satoshi’s original vision of Bitcoin as decentralized electronic cash,” that turned out to be a fraud of a South Korean student trying to profit by shorting Bitcoin.

Bitcoin Interest promises to act like a bank and offer interest to users that will park their coins for a period of time. While everyone knows how banks are able to compensate depositors, in the case of Bitcoin Interest it is completely unknown.

Is Bitcoin the only real cryptocurrency?

Undoubtedly, of all the Bitcoin forks available only Bitcoin Cash and Bitcoin Gold have proved themselves so far. Nevertheless, Bitcoin proponents and some financial experts still hold that only Bitcoin is a real cryptocurrency. If another coin was to surpass Bitcoin one day, the existence of the entire crypto ecosystem would be jeopardized. Almost a decade since Bitcoin came into our lives, none of the 40 hard forks have brought forth any innovative solutions, their most advanced feature still being Bitcoin’s technology. Yet, it is certain that many Bitcoin hard forks will follow and many fraudsters will take advantage of gullible investors or speculators trying to profit from the short-term hype. For now, Satoshi's algorithm remains undefeated, and any contender would have to present truly advanced solutions before it could claim the throne.