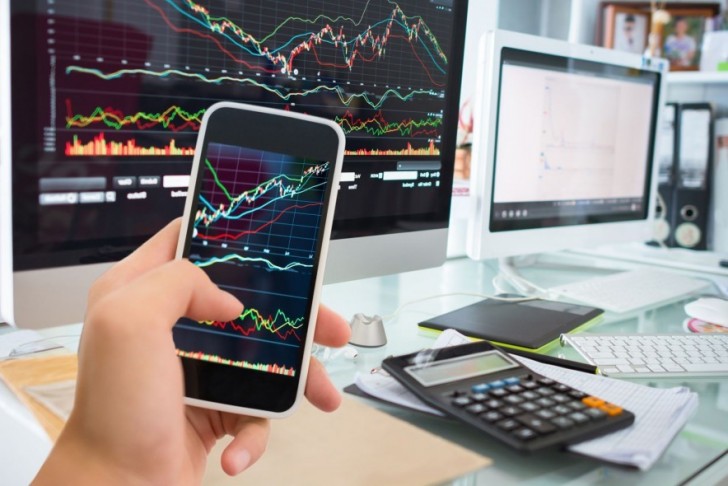 Bitcoin finished off July with a strong monthly close above the $11,500 level and this allowed the number one cryptocurrency to make a test of the $12,000 resistance level. Price has retreated but it may only be a temporary pause. I noted last week that $14,000 is a key high from last summer’s rally and is the real obstacle to a retest of the all-time highs near $20,000. 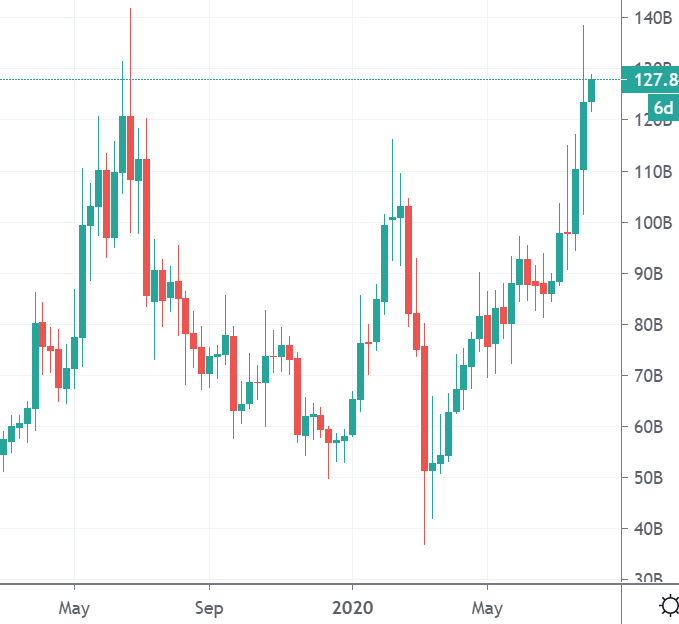 The latest BTC rally is also fuelling gains in altcoins with the market cap of coins excluding BTC showing strong gains since the lows of March. This is also leading to a slip in the dominance of Bitcoin, which now threatens to fall below 60%. I said this trend would happen last year when some well-known analysts were calling for BTC dominance to rise to 80%. Despite the market cap slipping versus altcoins, BTC is now valued at over $200 billion for the first time in a year.

In other market news, cryptocurrency exchange Coinbase has stated that they are evaluating a host of new coins for a potential listing on the exchange.

The company blog listed the assets that were being assessed:

The company will study the merits of each project against its “Digital Asset Framework,” which looks at factors such as security, compliance, and project goals. The company has not mentioned when a listing may happen but a rally can be expected once the new listings are announced.

The highest-ranked coin on the list is currently Ampleforth at number 39 in the list of coins by market cap. AMPL is a digital currency that adjusts supply daily based on market conditions. When the price is high, wallet balances increase. When the price is low, wallet balances decrease but adjustments are universal meaning that your share of the network is never diluted.

Travala.com was founded in 2017 and has grown to become the world’s leading blockchain-based travel booking platform with thousands of customers worldwide. The company announced a strategic partnership in May with the Litecoin Foundation. Travala’s founder and CEO said of the tie-up:

The consumer is in the driver seat when it comes to achieving mass-market cryptocurrency adoption, and we’re delighted to embark on this journey with the Litecoin Foundation with a unified goal: to bring the mainstream use of cryptocurrencies into everyday life.

Nothing aids mass adoption more than real-world use cases, and the opportunity to use a global currency like Litecoin to travel around the world is a powerful one.

As the U.S. dollar falls and cryptocurrencies rise, the ability to capitalize on exchange rate swings becomes more viable and holders of crypto may eventually want to cash out part of their gains by using sites such as Travala for physical goods or real-world experiences.

The AVA token is also being added to the Swipe wallet and Visa card platform. The news came shortly after Swipe’s acquisition by Binance and the trading platform’s issuance of a Swipe-powered crypto debit card, Binance Card. Paying for travel with cryptocurrencies may soon be a common occurrence.

AVA can be used for payments, receiving and redeeming loyalty rewards, refunds, and as a store of value, among several other use cases.

The price of Litecoin has also been boosted by the recent market strength and has powered through the $50.00 level to close the week near $60.00. The $30.00 mark has provided strong support for the coin since 2019 and could prove a longer-term bottom. The next target for LTC will be near the $80.00 level.

Development work is continuing into the launch of MimbleWimble on the Litecoin network- a move that will improve scalability and privacy in LTC. The team is hoping for a testnet launch at the end of September.

The path of the crypto market this week will be dominated by the strength of BTC at the $14k resistance. The monthly close for July should lead to further gains in the weeks ahead.