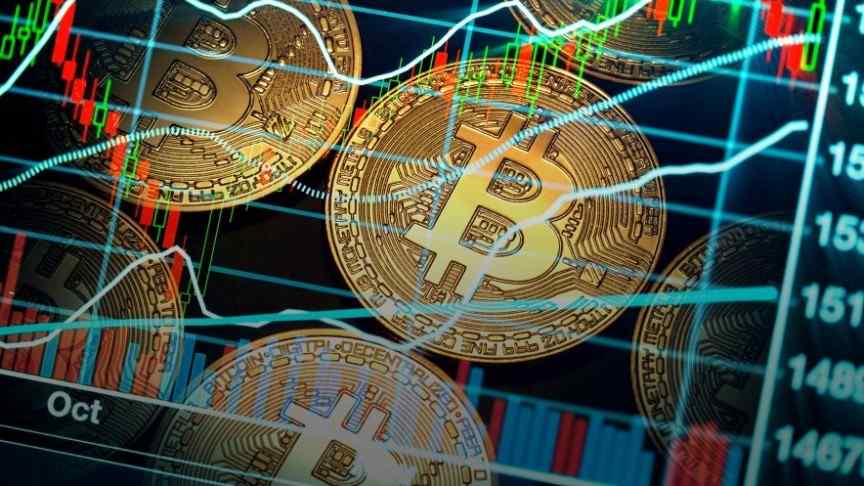 Bitcoin posts a monthly close above $7,000 and sets the stage for another rally to the $8,500 level. EU regulators meet to discuss cryptocurrency 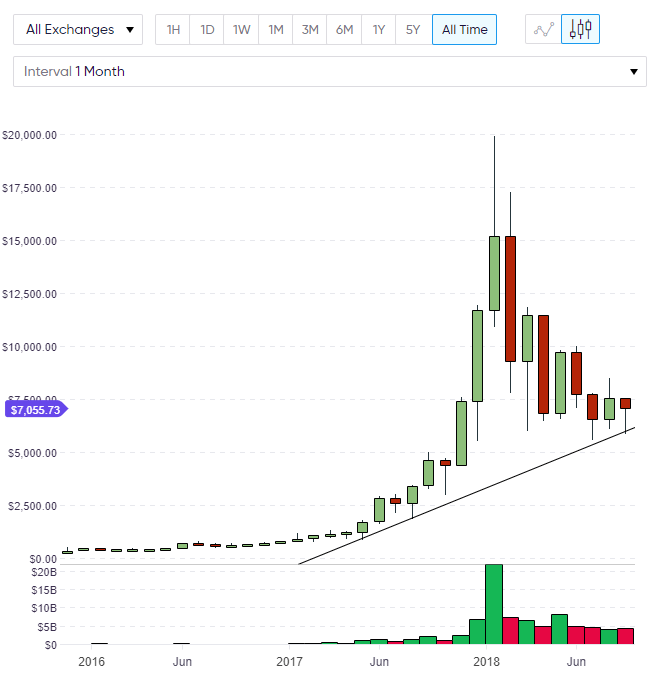 Bitcoin has posted a third-straight bullish week and currently trades at $7,052 with an August closing above $7,000 already secured. The monthly close marks the third-straight month of holding the $6,000 support level and looks to be the basis for another move higher to the key resistance of $8,500 where the previous rally failed in July. If the market can trade above $8,500 then the next level is the psychological $10,000 mark which the price has rotated around during 2018. Another rally to that level would boost the overall cryptocurrency market and could bring further media attention and volumes to the space.

News for the upcoming week is that EU Finance Ministers are set to meet in Vienna on September 7th to discuss the regulation of cryptocurrencies. Some of the topics being discussed are fraud, transparency, and Initial Coin Offerings (ICO). This meeting will precede the G20 meeting in October and its possible that the later meeting could be supported by tighter regulatory decisions made by the EU ministers. If the EU forces through some new guidelines and rules then it could bring the cryptocurrency market closer to the wave of institutional money that was hoped for during the market’s decline in 2018.

In another positive for the market, Yahoo Finance is now supporting cryptocurrency trading from its popular markets platform. Yahoo previously allowed tracking of crypto prices but now investors can buy and sell Bitcoin, Bitcoin Cash, Ethereum, and Litecoin through the Robinhood and Coinbase exchanges. Yahoo Finance has over 70 million users each month and is the world leading financial website, so the approval of cryptocurrency trading is another positive sign in the move towards mass exposure and adoption. 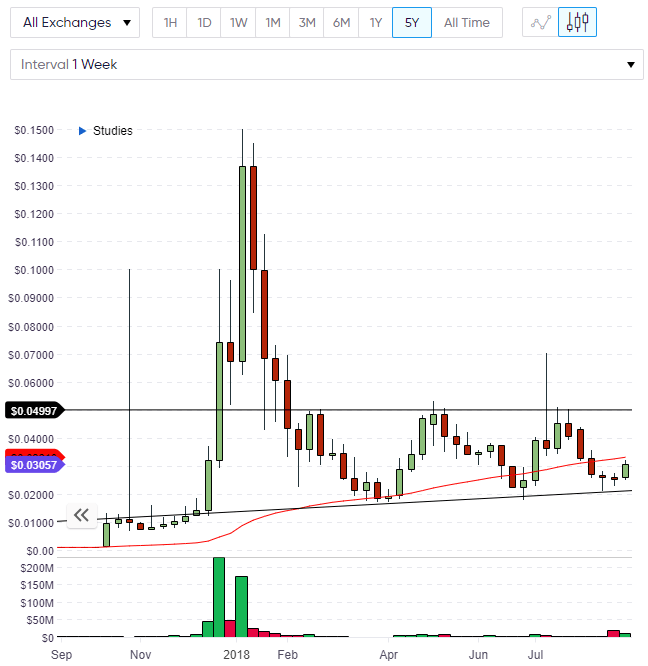 Digibyte is looking to close the week above the $0.0300 level after a 10% rally in the last 24 hours, which could set up DGB for another move towards resistance. The key level in DGB is the $0.0500 level where the price failed three times to close above on the weekly chart. Therefore, a weekly closing above $0.0500 in DGB would be very positive and above that level, we may see resistance at $0.0700 only before a test of the previous highs at $0.01500 becomes possible again.

Digibyte is currently number 32 in the list of coins by market cap with a valuation of $359 million, however, a move to $400 million would see DGB jump a couple of places to number 30.

The price of Monero has made a strong monthly close with a rally from the previous support near $80.00 to close for August around $120.00. This could set XMR up for another rally and the next key level would be $150.00. Monero currently holds the number 11 spot in the list of coins by market capitalization with a value of almost $2 billion. The price of XMR is boosted by a small coin supply with only 16 million coins in circulation, which is close to the 17 million Bitcoins currently circulating. 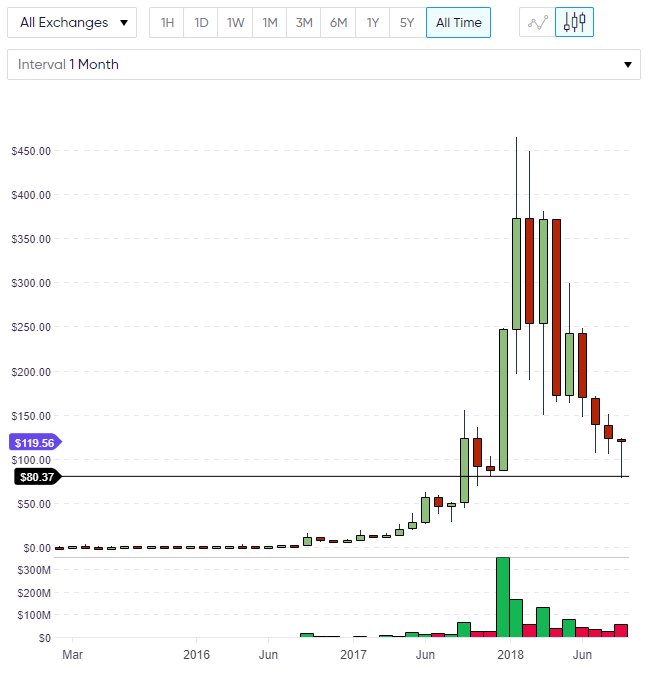 The price of Monero has rallied in the last couple of days after a bullish price prediction by the Satis Group, who saw XMR going to $1,476 in one year, with a five-year prediction of $18,498. Interestingly, the research also predicted a crash for Ripple’s XRP so this report is receiving attention across the cryptocurrency space.

Tron CEO Justin Sun recently gave investors some details on a “secret project” at the Tron Virtual Machine launch yesterday. “Project Atlas" will see the blockchain integrate with the BitTorrent platform, which was recently acquired by Tron. 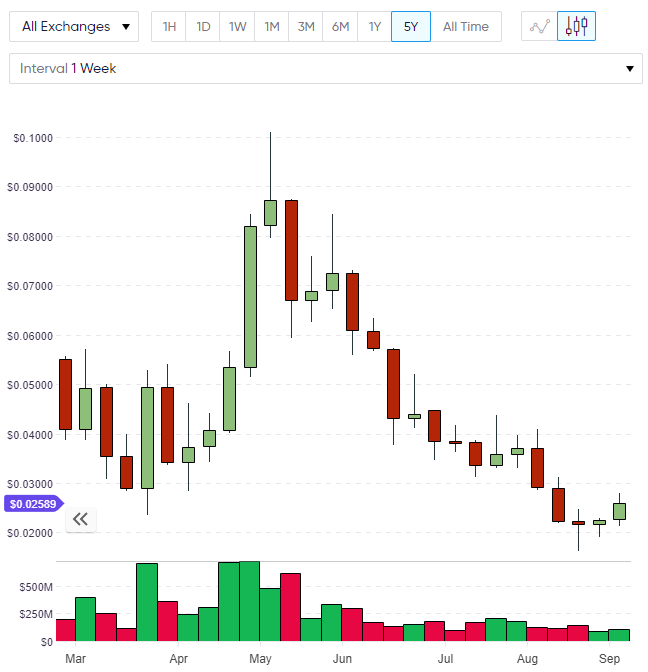 Technically, TRX is still looking at the $0.300 level as next resistance and after two positive weeks, we may test that next week. This move could develop if we see a further push higher in Bitcoin to boost the overall market once again. As I stated in a previous article, there is little in the way of resistance above the $0.400 level in TRX and this is a level to watch in the coming weeks. A close higher could start the process of retesting the highs.