Blockchain Name Services Are Rising: How Far Will They Go? 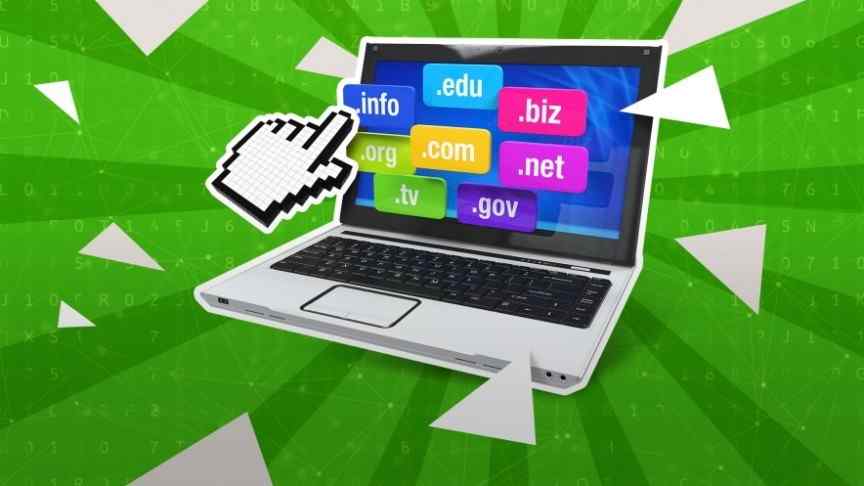 Blockchain Name Services Are Rising: How Far Will They Go?

Blockchain name services are on the rise. They will make your life easier, but how much can they accomplish? And how widespread will they become?

The past few years have seen a rise in the number of blockchain name services, or BNSes, in the market. The Ethereum Name Service launched late last year, and was quickly followed by the NEO Name Service and the BCH Name Service. Other BNSes, such as Namecoin, are nearly as old as Bitcoin.

Name services essentially attach a name to a digital resource. At the moment, this is carried out almost entirely by the Domain Name Service, or DNS, which allows IP addresses to be represented by domain names. For example, if you type 172.217.3.174 into your browser, you will be directed to google.com.

The dominance of the DNS means that blockchain name services are cutting their teeth on smaller tasks; most BNSes attach a username to a cryptocurrency wallet address. However, some BNSes like Namecoin have more ambitious goals and intend to serve as a censorship-free competitor to the DNS.

With these factors in mind, it is worth considering the features that any blockchain name service must provide.

Name services must allow a person or group to own a name on a registry; this usually involves that person simply purchasing or bidding on a DNS name. BNSes work in much the same way, and people can purchase names on a blockchain-based registry by paying fees to the network or staking cryptocurrency. This article explains how to purchase a name on the ENS.

However, registries introduce the problem of cybersquatting. Microsoft, for example, would have a claim to microsoft.com even if a hypothetical owner did not want to sell it. As such, trademark law plays a role in dispute resolution and deciding who gets ownership of a name. Ultimately, the goal of any name service should be to provide users with a sensible and logical registry, something that does not happen if a random person ends up owning microsoft.com.

Dispute resolution is somewhat more controversial on most BNSes. The Ethereum Name Service, for one, is still working toward this according to its documentation. At a minimum, ENS name ownership will require a small recurring fee to be paid in order to prove that the name owner still has the keys needed to manage the name. This would discourage squatting.

Resolution involves an entity looking up a name and returning an associated resource. On the DNS, name servers perform these lookups. On a BNS, blockchain nodes and network peers perform lookups.

In theory, a BNS could direct users to websites just like the DNS can. This is even an explicit feature of Namecoin, which can be used to access websites ending in .bit. Unfortunately, Namecoin requires users to install custom software (NMControl) to access .bit websites. Meanwhile, virtually every web browser is DNS-compatible out of the box.

So, although a BNS replacement for the DNS is certainly possible, it is not practical, since software on the client side also has to support a resolution. Web browsers and other pieces of software are responsible for complying with the DNS lookup process and making it a universal standard. There is no sign that mainstream browsers will adopt a BNS.

In the meantime, wallets are widely adopting BNSes in areas untouched by the DNS. The Ethereum Name Service, for example, allows payments directed at ethereumfoundation.eth to be sent to the Ethereum Foundation's actual wallet address (0xd1220...). At least a dozen apps now support this, and you can see it in action by typing a name into a block explorer.

This is a fairly minor use case. However, BNSes may find a middle ground between handling wallet addresses and totally dethroning the DNS. dApp-specific browsers or extensions might take on the role of directing users from, say, ethapp.eth to a particular dApp.

If you type a web address into your browser, the DNS will ultimately direct you to just one IP address at any given time. In this way, the DNS facilitates unique identities: one address, one destination. Unfortunately, a name service must be universally agreed upon to achieve unique identities. The vast number of competing BNSes does not facilitate this.

The Ethereum Name Service has earmarked the .eth top-level domain, but there is nothing to stop the NEO Name Service from using .eth as well. A single .eth address could point to a different destination on each BNS, sending you (or worse, your money) to the wrong destination as a result.

This is not a problem right now, as most major BNSes have just a few top-level domains and cooperate with each other. This coordination may not last, though; the ENS has already added .luxe as a top-level domain, which conflicts with .luxe on the DNS.

It is entirely possible to bypass the DNS and visit a website by entering an IP address. It is also possible to send Ethereum to a 40-character wallet address. Nevertheless, it is extremely unwieldy to read a wallet address aloud, and virtually impossible to recall it from memory.

Name services ultimately exist for the convenience of human beings. Human-friendly addresses on a name service are said to be readable because names allow people to share short and simple addresses by word of mouth and in writing. This is obviously more beneficial than having to memorize a series of numbers.

However, there are also drawbacks to readability. If people can choose names, bad actors can choose similar names. This enables phishing, a practice by which someone could for example buy googl.com, redirect bad typists to a clone of Google, and steal their login information. (Though in reality, Google owns googl.com and several other variants.)

Proper crypto addresses have the virtue of being hashed from random data. As such, it is impossible to deliberately create a new address that is one character away from the Ethereum Foundation's address (0xd1220...) in an attempt to skim misdirected donations from their tip jar. Meanwhile, on a BNS, someone could create eth-foundayshun.eth and direct it to their own wallet.

These examples are for illustration only; in actuality, phishers use invisible and indistinguishable characters. The Ethereum Name Service is creating blacklists to deal with this problem.

The DNS is subject to censorship and enforcement. For example, backpages.com was recently seized by the authorities and is not for sale. As with most blockchain projects, BNS developers often have anti-censorship ideals, and blockchain technology could prevent names from being controlled by external forces.

Nevertheless, many BNS developers still see value in being able to take down names: even a BNS that is entirely committed to anti-censorship might need to disable addresses if they represented a threat to users (as in the phishing example above) or a threat to the network itself.

Blockchain name services have the potential to make crypto resources, such as wallet addresses and dApps, more easily accessible. And among blockchain enthusiasts, BNSes have the capacity to do virtually everything that the DNS can do. However, name services are shaped by their competitors and their adopters. As such, a universally adopted BNS is not a guarantee.